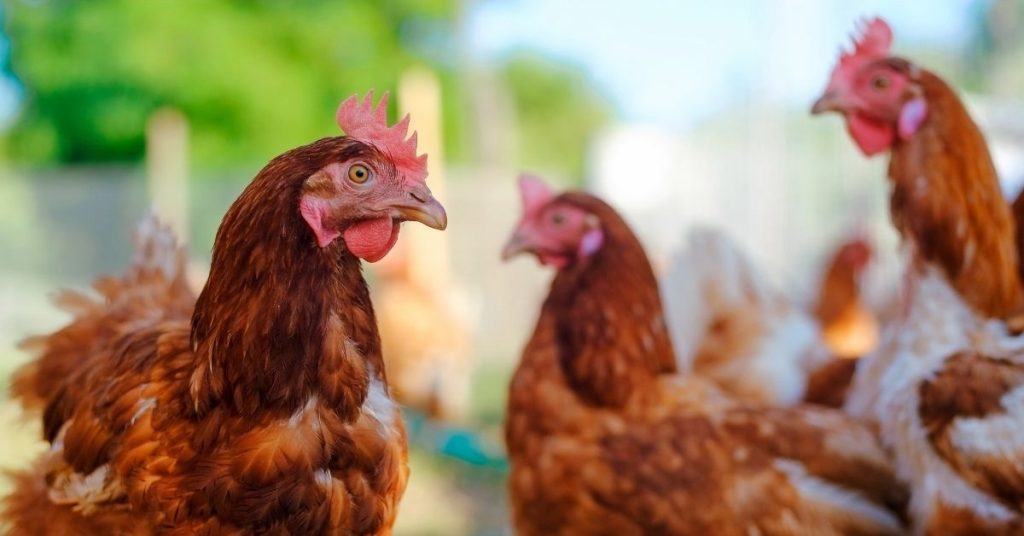 The rate of highly pathogenic avian influenza (HPAI), which includes the H5N1 bird flu virus, is nearing the 2015 epidemic, which killed more than 50 million birds. As of April 22, the Centers for Disease Control (CDC) reports that the outbreak has infected roughly 31 million “poultry” birds (those used for food in animal husbandry) in 29 states, as well as 762 wild species, including bald eagles, in 33 states. This is the first time H5N1 viruses have been detected in the United States since 2016.

The virus was originally discovered in wild birds in the Carolinas in January, and when the wild birds moved north, it spread to a turkey farm in Indiana. As of April 7, 2022, almost 23 million birds have perished as a consequence of the epidemic, with the bulk of them being culled (a euphemism for “killed”) to prevent the zoonotic illness from spreading. Human infection with avian influenza is unusual but not impossible, according to the Centers for Disease Control and Prevention.

“The HPAI outbreak is an urgent reminder to all poultry farmers to ensure their biosecurity measures are in place… Every effort must be made to protect the health of the animals in our care in order to keep America’s food supply strong,”  Farm Bureau President Zippy Duvall said in a statement.

The “depopulation” methods of birds living on commercial poultry farms in the United States have come under fire after animal rights group Animal Outlook (AO) published an exposé about the Ventilation Shutdown (VSD and VSD+) methods, which are routinely used to kill a large number of animals at once, especially when disease spread is a concern.

The material for AO’s exposé came through public record requests for footage from trials financed by the US Poultry and Egg Association and done by North Carolina State University. Birds are placed in transparent enclosures in the video, as researchers try several techniques of killing the birds by cutting off ventilation, pumping in carbon dioxide, and boosting heat. Throughout the experiment, birds can be seen banging their bodies against the boxes as they fight to breathe and attempt to flee before collapsing and dying. These trials were eventually mentioned by the American Veterinary Medical Association (AVMA) for authorizing mass-killing tactics.

Many commercial farms have employed similar methods to slaughter birds during the current avian flu pandemic, including a Tyson-operated operation in Stoddard, MO, which used VSD to kill 300,000 birds. These methods were used to kill pigs that couldn’t be delivered for slaughter during COVID-19.

“The poultry industry knew full well that slowly cooking to death and suffocating birds was cruel… Yet they funded university researchers to optimize this mass-killing method so large egg facilities could cheaply kill entire flocks on a routine basis—the research helped pave the way for VSD’s approval by the AVMA. We can now see this widespread inherent cruelty for what it really is, demand accountability under the law, and remove our support from this industry by refusing to buy animal products,” Cheryl Leahy, Executive Director of Animal Outlook, said in a statement.

For decades, scientists have warned that industrial animal husbandry, which confines animals in filthy circumstances, is ready to become the epicenter of the next pandemic. Humane Society International (HSI) issued a caution paper at the start of COVID-19.

“​​Since news broke that COVID-19 likely originated in a live animal market where stressed animals are crowded in cages, in unsanitary conditions, we began examining what other human exploitation of animals could create a similar petri dish of disease… It’s clear looking at the data that the unprecedented increase and expansion of intensive animal agriculture, mostly on factory farms, in which we raise and slaughter more than 80 billion animals around the world every year, is a clear front-runner. The message is simple: if we want to stop future pandemics, we have to significantly kick the meat habit, and global leaders need to actively assist in shifting global diets towards more plant-based eating,” stated Julie Janovsky, HSI Vice President of Farm Animal Campaigns.

The rise of the chicken and egg substitute industry could not have happened at a better time. Plant-based chicken substitutes are becoming more common on store shelves and restaurant menus, with leaders like Beyond Meat and Impossible Foods—both of whom introduced vegan chicken retail items last year—joining newcomers like Skinny Butcher, Nowadays, TiNDLE, and LikeMeat.

Eat Just has been a pioneer in the egg replacement industry since the launching of its JUST Egg, a mung bean-based alternative. JUST Egg has sold the vegan equivalent of 250 million chicken eggs to date. Zero Egg, a vegan egg substitute manufactured with a proprietary combination of plant proteins that has lately extended to breakfast menus on college campuses, including Yale, is another contender in this sector.

Cellular agricultural firms are taking a different approach to the challenge. UPSIDE Feeds, located in California, received $400 million in a record Series C investment last month to support its objective of making animal foods obsolete. Singapore is now the only nation in the world to permit the sale of cultured meat (or actual meat grown in a lab environment from a small number of animal cells), but others are anticipated to follow suit shortly.

With this historic financing round, which included conventional chicken industry behemoths Cargill and Tyson Foods, UPSIDE hopes to bring its developed chicken to market, offering a huge potential to eradicate avian flu from animal agriculture for good.

“UPSIDE has reached an historic inflection point, moving from research and development to commercialization… Our team at UPSIDE continues to overcome seemingly insurmountable challenges in our mission to make our favorite food a force for good. Working in partnership with our world-class coalition of investors, we’re excited to bring delicious, sustainable, and humane meat to the consumers around the world,”  UPSIDE Founder and CEO Uma Valetti said in a statement.