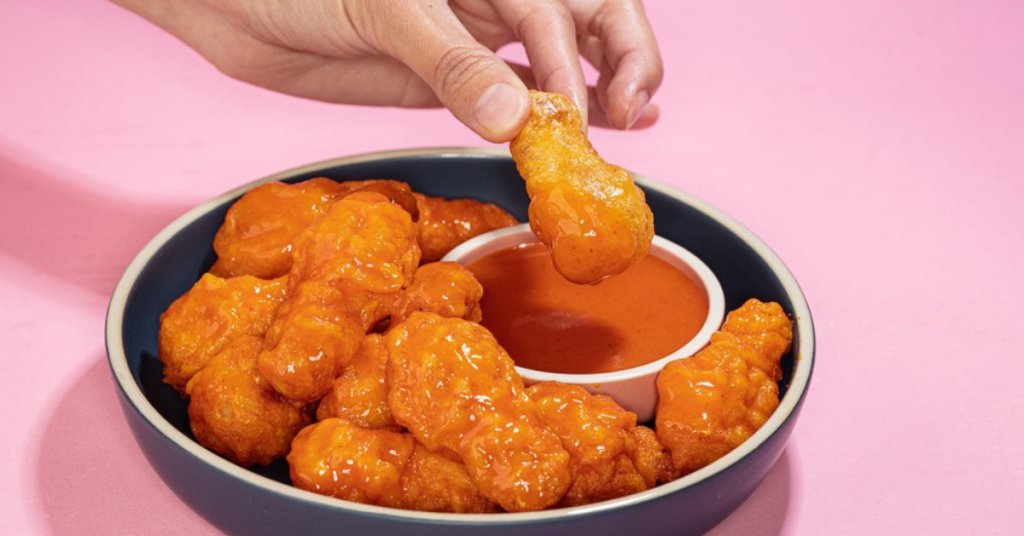 Plant-based company LikeMeat’s new vegan chicken wings are now available in over 3,600 Walmart locations throughout the country, just in time for the Super Bowl. The new Like Chick’n Wings are made from non-GMO soy and come in a one-pound family pack with vegan Buffalo sauce for tossing and dipping. The vegan wings debut at a critical juncture, when Americans are increasingly seeking vegetarian options and meat prices, particularly chicken wings, are continuing to rise.

Americans consumed roughly 1.4 billion wings during last year’s Super Bowl festivities, a figure LikeMeat intends to substantially reduce with the debut of its plant-based wings at a widely accessible shop like Walmart.

“We’re so excited to be partnering with Walmart; we’re in it to wing it… We want to enlist Americans this year to make their game-day snacking plant-based without compromising on flavor—and having our delicious, party-ready Like Chick’n Wings available at a major retailer nationwide is the best way to accomplish our goal. It’s a wing-wing situation,” stated Emily Klooster, Vice President of Marketing for LikeMeat, a brand of the LIVEKINDLY Collective. “

Vegan chicken wings from LikeMeat are also available at Target, Sprouts, and Sam’s Club, in addition to Walmart. This year’s Super Bowl watch parties are expected to devour 10 million vegan chicken wings, according to the company.

Due to rising pricing for animal products, Super Bowl parties this year may be more expensive than in previous years. Chicken wings will cost 14 to 26 percent more in 2022, according to Wells Fargo study, while steak, shrimp, and hamburgers would cost 23 percent, 22 percent, and 17 percent more, respectively. Vegan foods like chips and avocado, on the other hand, have only climbed by 1%, while veggie crudite like celery and carrot sticks have remained unchanged since 2021.

The COVID-19 pandemic, which caused supply chain delays and concerns at slaughterhouses as employees dismembering animals shoulder-to-shoulder continued to become ill with the virus, is a key driver of higher meat costs. Overall, the pandemic revealed industrial-scale meat production’s vulnerability to supply chain disruptions, resulting in dramatically varying meat pricing. Plant-based food costs, on the other hand, have remained reasonably steady since their production does not rely on murdering live animals at fast rates.

Other manufacturers have lately introduced vegan chicken goods in preparation for the Super Bowl, in addition to LikeMeat’s new wings. Impossible Foods’ vegan chicken nuggets, the company’s first vegan chicken product, are now available at Walmart with LikeMeat for $6.48 per 13.5-ounce bag, alongside the Impossible Burger.

Beyond NUGGS (vegan chicken nuggets) and DISCS, SIMULATE is growing its tech-forward plant-based chicken company this year (vegan chicken patties). The new Buffalo-flavored WINGS are $2 per serving and are manufactured from wheat flour, soy protein concentrate, and other plant-based components meticulously selected to resemble chicken wings without animal flesh, according to the company’s website.

Sundial Foods, based in California, is creating skin-on vegan chicken wings and got $4 million in November to help bring the concept to market, implying that future Super Bowls may be even less reliant on meat products.