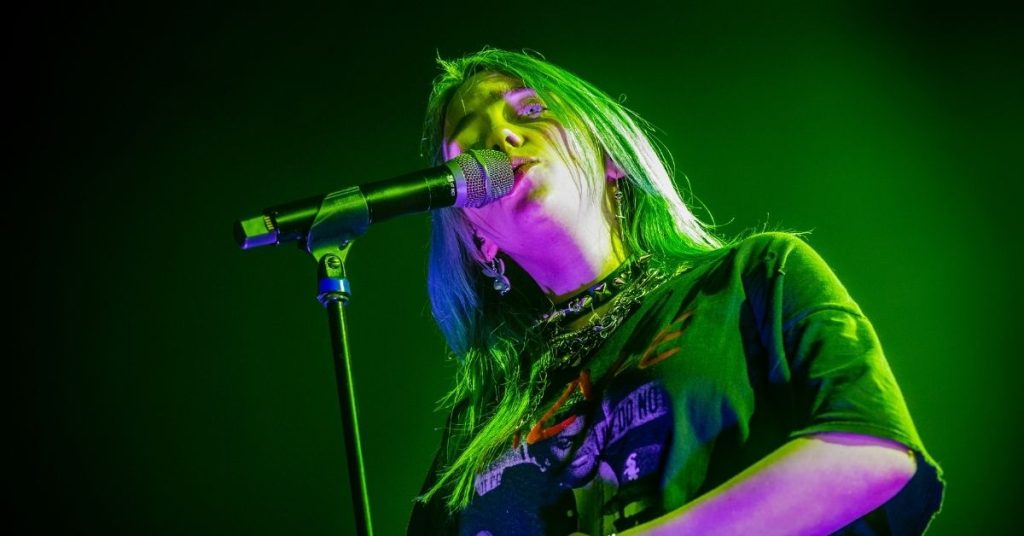 Billie Eilish, a vegan musician, will present the Overheated climate event in London, UK, next month to examine the climate problem and initiatives made in the music, fashion, and food sectors. Eilish, Support + Feed (a plant-based food program launched by Eilish’s mother, Maggie Baird), and environmental group Reverb are hosting the six-day conference.

The event will feature a mix of musicians, climate activists, and designers hosting sessions on topics like green practices in the music industry, the benefits of a plant-based diet, and sustainable fashion methods, and will coincide with the UK/Ireland dates of Eilish’s Happier Than Ever world tour.

Eilish has been vegan since she was 12 years old and is using her Happier Than Ever global tour to highlight the environmental advantages of eating a plant-based diet. “The Billie Eilish Eco-Village” activity on the concourse of every performance for concert ticket holders is part of the tour, which started in February and finishes in September this year. Support + Feed, as well as other local environmental NGOs, are included in the activity.

Visitors are also introduced to The Pledge, a program designed by Support + Feed to encourage Eilish’s fans to eat a plant-based meal every day for 30 days, at every event on her tour. Wicked Kitchen, a vegan brand formed by chef brothers Chad and Derek Sarno with the purpose of making plant-based dishes attractive and accessible, is the Pledge’s only sponsor.

In the midst of the COVID-19 epidemic in 2020, Baird founded Support + Feed as a mechanism for assisting struggling vegan eateries by buying their food and distributing it to those in need, such as frontline workers, persons suffering homelessness, and families facing food insecurity. Baird has extended the Support + Feed effort to numerous cities, including Los Angeles, New York City, and Philadelphia, since its debut.

Eilish wore a turn-of-the-century-inspired Gucci gown made entirely of repurposed fabrics to Friday night’s Met Gala, highlighting sustainable design once again. While some media reports claim the gown is made of silk, the specific components are unknown, suggesting it might be made of a comparable material, satin, which is normally not produced from insects or animals.

Eilish sent a similar message about sustainability to the Met Gala last year, when the gown she wore on the red carpet was a first for Oscar de la Renta. Eilish demanded that the designer amend their policy and stop selling fur as a condition of her wearing the garment.

Eilish’s staff told Oscar de la Renta’s CEO, Alex Bolen, that she did not deal with fur businesses, putting the ultimate pressure on the company to make the historic move. In a statement to the New York Times, Eilish stated,  “[It’s] shocking that wearing fur isn’t completely outlawed at this point in 2021… I’m honored to have been a catalyst and to have been heard on this matter.”

For a few years, Eilish has been vocal about the need for climate action, particularly the environmental effect of animal husbandry. Last year, Eilish joined Moby, Joaquin Phoenix, Alan Cumming, Evanna Lynch, and Alicia Silverstone in urging Rt. Hon. Alok Sharma, the president of the 2021 United Nations Climate Change Conference (COP26), to include the role of animal agriculture in all discussions about the climate crisis at the world-renowned event. While animal agriculture has been largely ignored as a topic of discussion at previous climate talks, the demand letter pointed out that the destructive industry is responsible for nearly 17% of all anthropogenic greenhouse gas emissions worldwide, making it the world’s second largest GHG emitter, on par with all transportation sectors combined.

“With animal agriculture such a major source of greenhouse gas emissions, it is impossible to meet goals set out in the Paris Agreement without making changes to our global food system… Even if all other major sources of emissions were reformed, we will still fall short. Scientists agree—including the 107 experts who prepared the report for the UN’s Intergovernmental Panel on Climate Change. We are on the verge of climate catastrophe, and as climate activist Greta Thunberg famously said, ‘our house is on fire,” the letter stated.