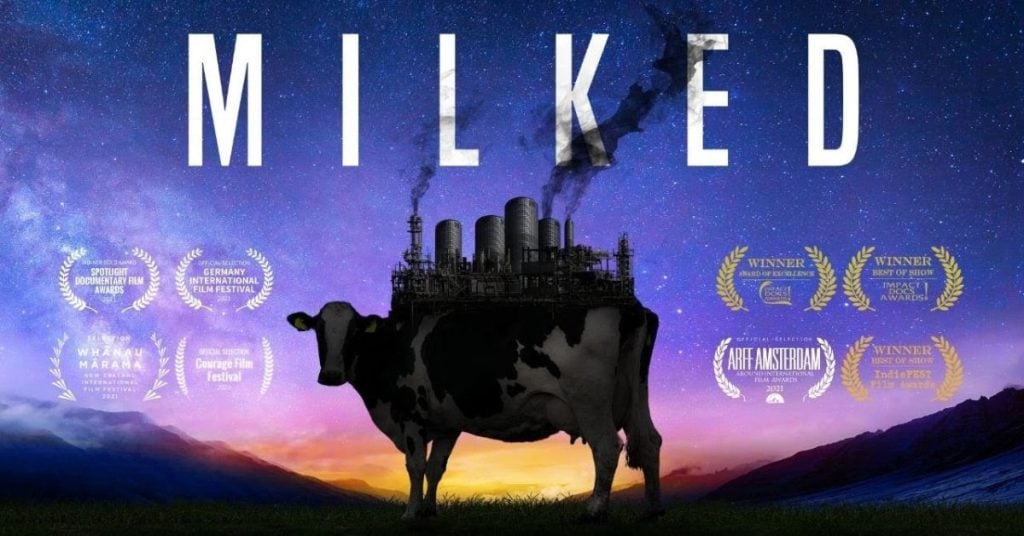 The Monaco Streaming Film Festival, which was established just one year ago, honors creators and talent in the streaming sector while celebrating worldwide content. Among the people and television shows that received awards were James Cameron, Mark Wahlberg’s Wahl Street, and 2022’s Gaslit. The ceremony for this year was held in Monte Carlo.

The documentary MILKED sheds awareness on dairy’s harmful practices and is supported by Suzy Amis Cameron, Jane Goodall, and Keegan Kuhn (the director of 2017’s What the Health). It follows activist Chris Huriwai as he travels around New Zealand, also known as Aotearoa in Mori. To get to the bottom of the dairy industry’s biggest issues, he meets with ecologists, farmers, doctors, and other specialists.

The team intended to concentrate on the effects of all animal husbandry on the environment and human health, according to director Amy Taylor. But as we dug further, it became clear that dairy was the narrative to tell, she added.

However, not all is bleak. The documentary also looks at potential fixes for these issues. Additionally, the filmmakers are working to implement such answers. In order to convince governments to cut dairy herds by 25%, they have created four petitions: one for the UK, one for the US, one for the EU, and one for New Zealand.

Huriwai and Taylor wrote in the petition, “What we uncovered in MILKED is terrifying: people and cows dying for profit; rivers polluted, nature being destroyed… We also revealed that New Zealand’s largest dairy producer, Fonterra, has been massively underreporting its greenhouse gas output. [It creates] more emissions than the whole of Sweden.”

“But this isn’t just about New Zealand… This is a global problem,” they said.

At COP27, the petitions will be presented to international leaders. This year’s United Nations climate change summit will be held in Sharm el-Sheikh, Egypt.

Taylor and Huriwai both anticipate that MILKED will be able to reach a larger audience thanks to the new prize.