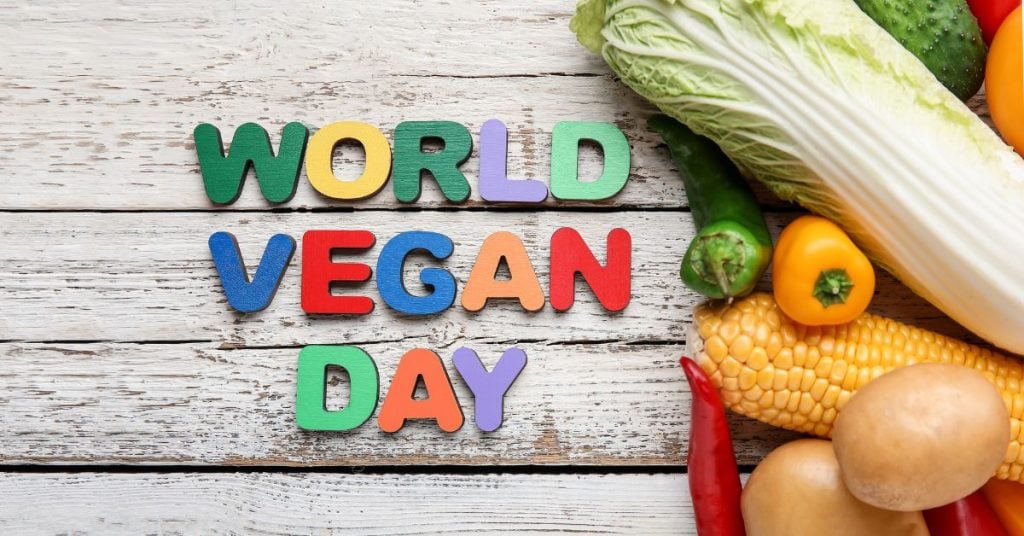 November 1 2022 marks the 28th World Vegan Day, a yearly celebration of veganism around the world on November 1. Across the board, people who identify as vegan value principles pertaining to ecology, sustainability, animal welfare, social justice, and overall planetary wellness. World Vegan Day also celebrates the coining of the terms “vegan” and “veganism” making their way into terminology.

It all started back in 1994 when Louise Wallis, a vegan animal rights activist and president of The Vegan Society at the time, was brainstorming ideas to commemorate the 50th anniversary of a beloved organization intrinsic to the vegan movement. She knew the date had to be November 1 quoting,

“We knew the Society had been founded in November 1944 but didn’t know the exact date, so I decided to go for 1 November, partly because I liked the idea of this date coinciding with Samhain/Halloween and the Day of the Dead – traditional times for feasting and celebration, both apt and auspicious.”

One is a number that universally represents the concepts of unity and oneness, so having World Vegan Day fall on 11/1 is auspicious indeed as it communicates the intention for recognizing the inherent oneness of all people, animals, and the planet.

Wallis already had an established history of making waves in the animal liberation movement; as Regional Campaigns Officer for the National Anti-Vivisection Society, she organized an anti-vivisection march in 1988 with over 25K in attendance, which was the largest one ever held nationally at the time.

She also delivered a speech in 2010 at the National March For Farmed Animals, which marked the official start of World Day for Farmed Animals. Wallis retired as president from The Vegan Society in 2011 and remains a contributor to their quarterly magazine for members, The Vegan, which has been in publication since 1946.

The Vegan Society is the oldest vegan organization in the world and was founded in 1944 in the United Kingdom by Donald Watson, Elsie Shrigley, George Henderson and his wife Fay Henderson, among others.

For 78 years, The Vegan Society has provided information through blogs and articles, hosted challenges, such as “The 30 Day Vegan Pledge”, and led campaigns on multiple issues, including their “Grow Green” campaign, which seeks to incentivize farmers to transition their operations to focus on plant protein crops rather than farming animals.

Since 1990, they’ve provided companies with their Vegan Trademark, an icon plant-based companies can apply for to place on their packaging to let consumers instantly know their product has passed all checks to verify its lack of any animal-based ingredients. The trademark is currently included on over 63,000 products worldwide, including food, cosmetics, and clothing.

In addition to publishing The Vegan quarterly magazine, the charity began producing a podcast in 2020 called The Vegan Pod, where they discuss all topics related to the vegan sphere.

During The Vegan Society’s first official month in existence, they published a manifesto, which communicated their two main goals:

In 1945, the Society collectively defined veganism as “the practice of living on fruits, nuts, vegetables, grains, and other wholesome non-animal products”. The definition has evolved over the years and the spirit of veganism is reflected in the Society’s current definition of:

“A philosophy and way of living which seeks to exclude, as far as is possible and practicable, all forms of exploitation of, and cruelty to, animals for food, clothing or any other purpose; and by extension, promotes the development and use of animal-free alternatives for the benefit of humans, animals and the environment. In dietary terms it denotes the practice of dispensing with all products derived wholly or partly from animals.”

Today, we honor and celebrate the foundational work our vegan predecessors have put into creating a movement, which 78 years later is going stronger than ever to liberate animals while healing the planet and ALL of its inhabitants. 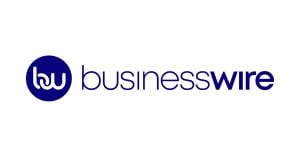 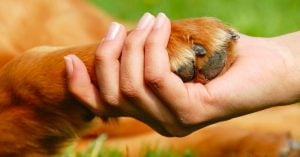 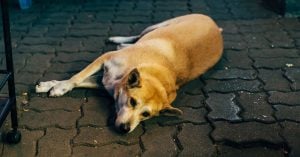 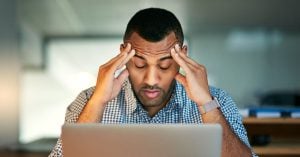 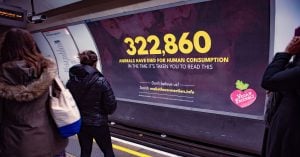