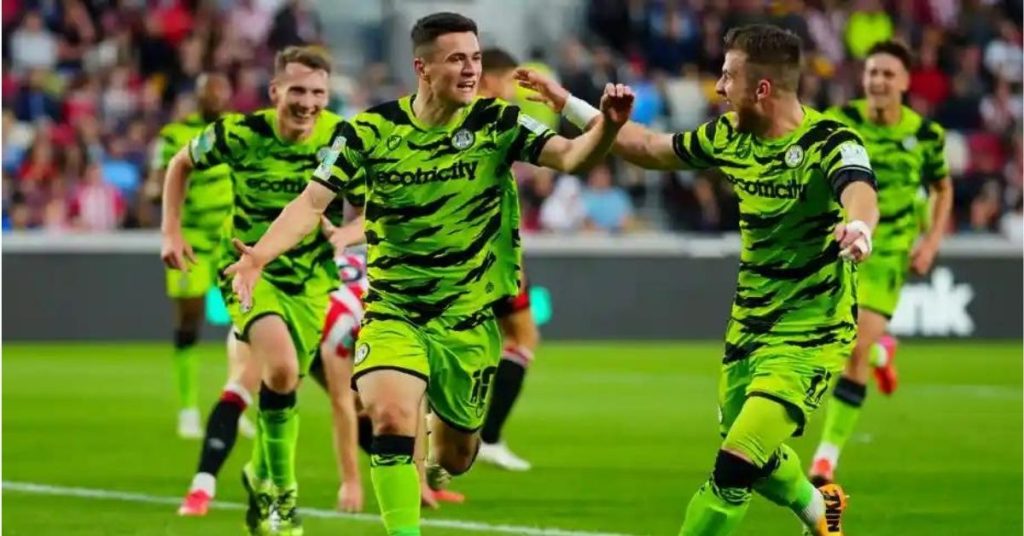 Forest Green Rovers, the world’s first carbon-neutral soccer team, has made history by reaching League One for the first time.

The team, which is based in Gloucestershire, is dedicated to environmental sustainability. The players consume vegan food, the stadium is powered by solar panels, and the surface is pesticide-free and organic.

The club also traveled in an electric van to their qualifying match (where they drew with Bristol Rovers).

The English Football League is divided into two divisions: League One and League Two (EFL). It features three leagues: Championship, League One, and League Two. It is the world’s oldest competition of its sort. (The EFL is below the Premier League.)

Forest Green Rovers have been in existence for about 130 years. However, for the most part, it has been regarded as a village team. Things have changed in the last five years, and the environmentally conscious football team now competes in League Two.

Forest Green Rovers is owned by Dale Vince, an environmentalist and entrepreneur. He started the green energy company Ecotricity in the 1990s with a single windmill in Gloucestershire. The company now serves over 200,000 homes across the country.

Vince revealed earlier this month that he will be leaving Ecotricity to pursue a political career. “What we lack are politicians that get it and the policies that will help make it happen faster,” he told BBC.

Forest Green Rovers got the United Nations’ Momentum for Change award for climate action in 2018 under Vince’s leadership.

“Plenty of people doubted we could make this improbable combination of a football club and the environment work. But it’s proven to be a powerful combination,” Vince stated at the time.