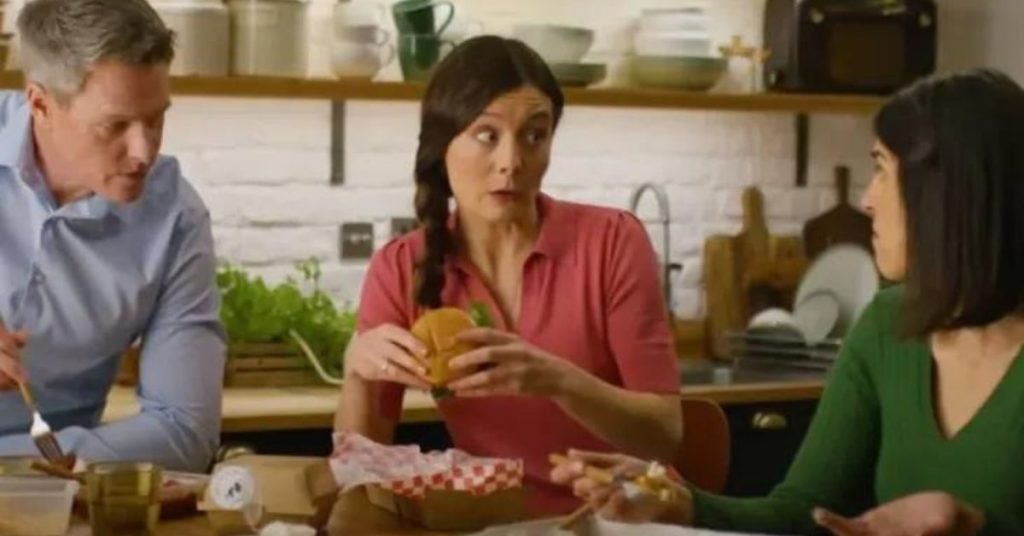 The Advertising Standards Authority has prohibited an advertisement for the non-profit Vegan Friendly UK (ASA).

The ASA claims that the advertisement, which aired earlier this year, may cause viewers anxiety due to its graphic nature.

Three people are shown eating fish, meat, and hog while discussing animal welfare in the video. A fish gasping for air and a piglet next to a pig on an industrial farm are shown in between bites. A cow with tears streaming down her face and a skinned cow’s head are also present.

The commercial is meant to highlight the inconsistency between people’s morals and beliefs and their eating habits, according to Vegan Friendly UK (which certifies restaurant menus and products as vegan).

“Our AD was simply shedding light on the harsh and brutal reality millions of farm animals endure every day… It was banned because it made some viewers uncomfortable,” Vegan Food UK stated on Instagram.

The ASA, on the other hand, claimed that “the juxtaposition between the adults eating and the animal imagery,” could increase the “distress” of viewers.

When the ad first aired on television, it drew 63 complaints, many of them were concerning the graphic imagery.

Many people like to imagine farm animals living happily on green meadows before being slaughtered for meat. However, this is not always the case. Two-thirds of agricultural animals (about 50 billion) are grown in factory farms around the world.

These conditions are restrictive, exploitative, and inhumane, according to Mercy For Animals. For example, turkeys and chickens are crowded into sheds with no windows. Cows are forcibly impregnated in the dairy sector on a regular basis. They are also separated from their calves, who are frequently sold for meat.

“The discomfort a viewer could feel from watching the advert is only a fraction of what farm animals experience every day,” Vegan Friendly UK stated.

“We will not stop being a voice for the animals and advocating veganism to promote equality for all living things.”