The Gateway Burger to Veganism: Smash Me Baby 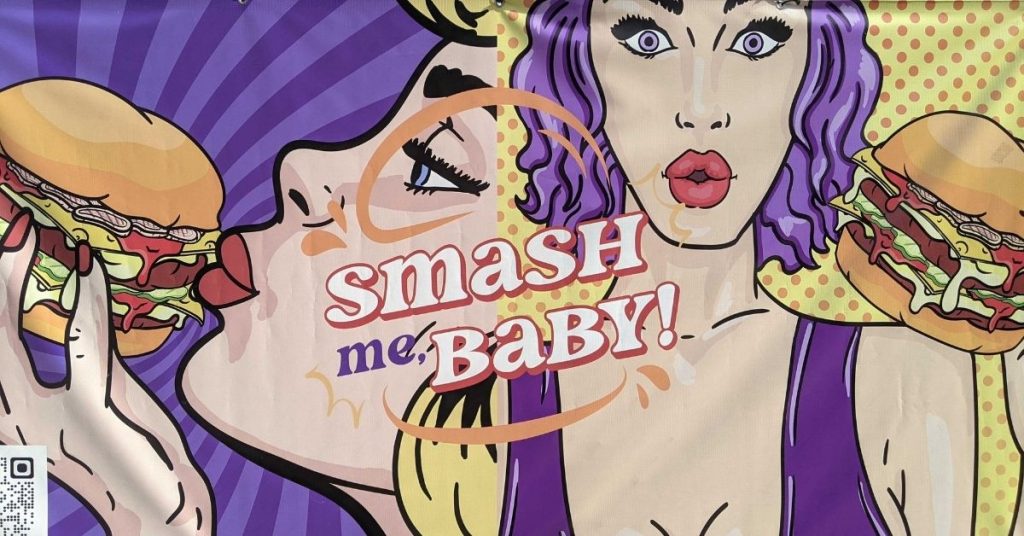 Nested in an odd industrial pocket between the arts district and towering STRAT casino on the northernmost end of the Las Vegas Strip hides the ghost kitchen of recently-opened vegan burger joint, Smash Me Baby.

Were it not for the retro, pop-art comic sign on a chain link fence outside, Smash Me Baby could easily be missed. Sharing a building with several other local, pick-up and delivery-only restaurants, Smash Me Baby’s 200 square foot kitchen is humble when contrasted to the presentation and delivery of their mouthwatering Truffle Burger and perfectly crisp french fries. 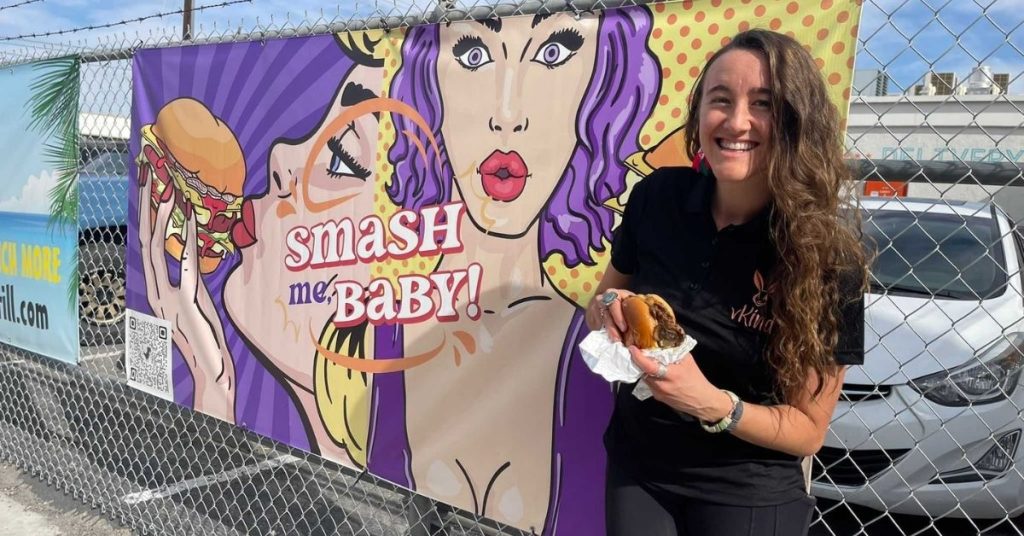 Opening less than a month ago, the unlikely location for Smash Me Baby was far from accidental. Lin and partners wanted to put Smash Me Baby to the test by opening up in a not-so-vegan market.

“This specific location caters to neither the local community nor tourists,” said Steven Lin, Las Vegas native and co-founder of Smash Me Baby, “How do we penetrate the 40 million tourists that come every year while creating a sense of community at the same time with where we are? It’s an interesting challenge.”

With an MBA from USC and experience finance, entrepreneurship and higher education, Lin thrives in the challenge of making Smash Me Baby’s first proof of concept a success. Smash Me Baby will have a brick-and-mortar location opening in April on L.A.’s Sunset Blvd., but the Vegas-based ghost kitchen is its true test baby.

“There’s a large amount of vegan options here and relatively small number of vegans, especially compared to places like San Francisco, LA, and Austin,” Lin said, “If we can succeed here, we can easily scale across the nation.” 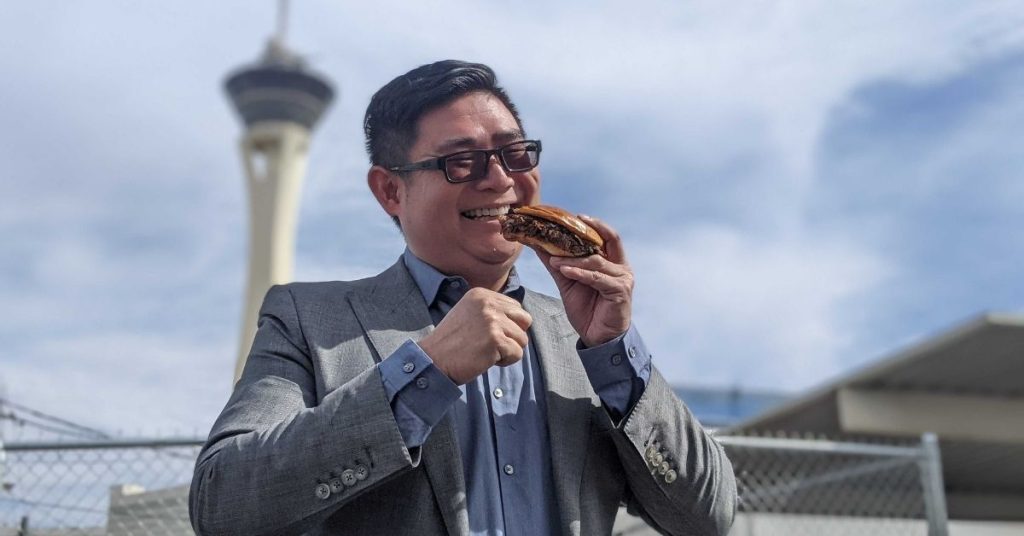 Why a ghost kitchen?

Ghost kitchens have gained popularity with the rapid increase in demand for meal delivery services and rising use of third-party delivery applications like GrubHub and UberEats. The concept is a win-win for patrons and aspiring restaurant owners alike.

Given the exclusive focus on delivery, businesses save big on avoiding high-rent areas typically required for successful brick-and-mortar restaurants, as well as on the extra costs to run a dine-in facility.

For Lin, running a ghost kitchen has freed up more energy and resources to focus on product development as well as scaling and improving menu items as quickly as possible. With Smash Me Baby averaging five stars across all platforms, Lin has been able to use reviews on various delivery platforms as lead generators, yet another cost savings.

“This model allows us to get real customer feedback and adapt food quickly,” Lin said, “Some feedback we received has been requests for a gluten-free bun and a lettuce wrap burger, so that’s what we’re working on now.”

Smash Me Baby’s founders have spent countless hours on R&D, considering everything from pickle-positioning and how to prevent sauce-drip to finding the best thermal-insulated packaging and avoiding the dreaded soggy fry (Their secret: an ultra-thin, barely-visible layer of batter that keeps fries crispy through the delivery process. Science.).

“We’ve spent so much time figuring out how to offer the best customer experience so that when people pay $20 for a delivery, they don’t wind up with a soggy burger and fries,” Lin said.

With no dine-in presentation to worry about, Smash Me Baby optimizes everything for pick up and delivery—never compromising on quality.

“We had a ten-hour session of choosing what potatoes we wanted to use for our fries,” said Lin, “We’re constantly in R&D to make this cheaper, faster and more accessible so we can flood the market and become the best burger period.”

Indeed, becoming the best burger period—and at national scale—is the ultimate goal of Smash Me Baby. Once their burgers reach a price point cheaper than meat alternatives, there’s no place to go but up, Lin says.

Although Lin and his partners are not vegan themselves, tickling the taste-buds of both omnivorous and plant-based epicures has not proven an issue in the past, with their previous brick-and-mortar ranking on Eater’s 10 Best Burgers list in 2019—they were the only vegan burger to make the list.

Lin aims to receive the same accolades at scale with Smash Me Baby, and won’t stop until he gets there.

“Smash Me Baby is the foodie’s approach to vegan fast food; we want the food to be accessible, but at a level of quality that other fast food restaurants don’t have,” Lin said, modeling In-N-Out as Smash Me Baby’s non-vegan role model.

With the single classic burger currently starting at $8.95, Smash Me Baby is on its way. Its highest-priced (and arguably most delicious) item is the truffle burger priced at $16.95, offering something quick and relatively affordable for the gourmet burger connoisseur. 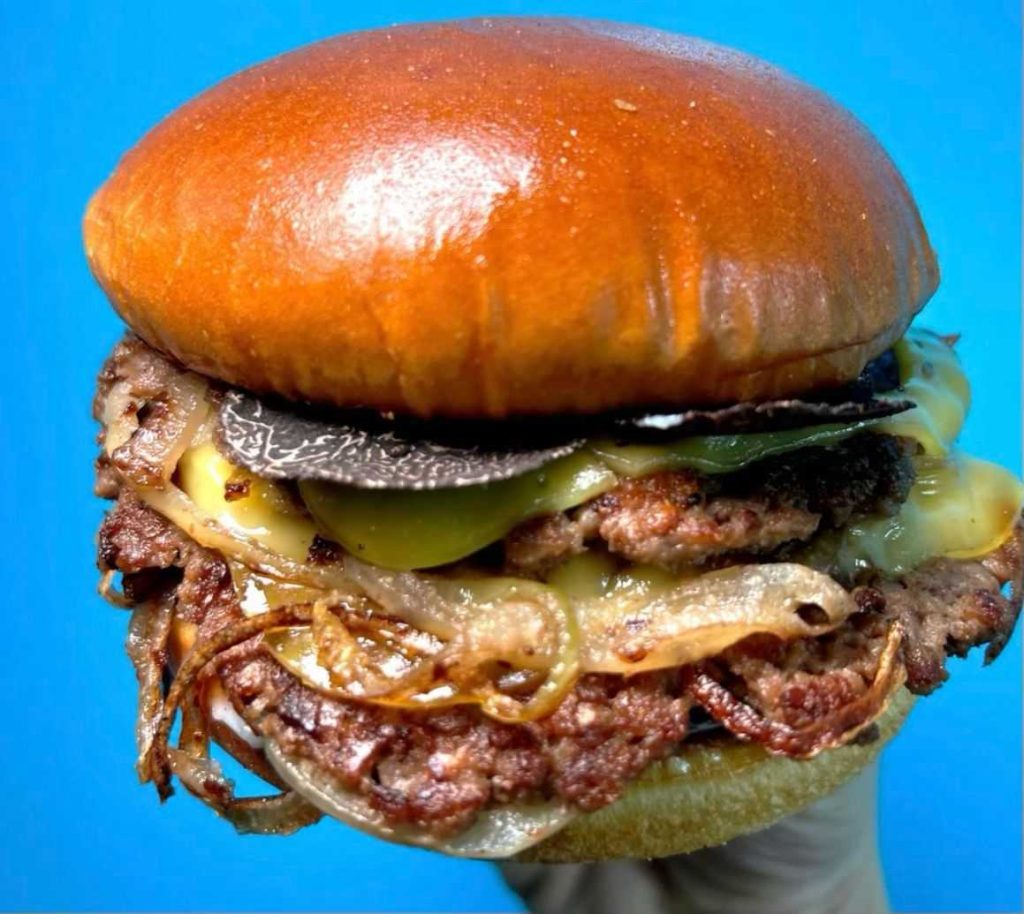 Lin and partners want to convert people who aren’t vegan to eat and enjoy Smash Me Baby as a way of seeing if their product can succeed with multiple audiences, not just veteran vegans.

“We consider ourselves the gateway burger to veganism,” Lin said.

During Smash Me Baby’s grand opening, the team posted online and gave away more than 300 free burgers to the community, and were relatively quiet about the whole, “vegan” thing.

“I wish we had recorded it—the amount of people who couldn’t believe they were eating a vegan burger was unbelievable,” Lin said, laughing, “But people aren’t upset when they find out it’s vegan—they’re actually happy!”

Lin aims to deliver on the promise of plant-based meat brands like Impossible and Beyond by creating a burger that tastes exactly like meat. To do that, the products have to be seasoned and prepared properly. Smash Me Baby has mastered the art of cooking its Impossible patties thin enough to get rid of soy flavor—adding a nice char for texture and crispiness—and thick enough to still be juicy.

Smash Me Baby has continued to offer BOGO deals with confidence that, once people try it—they’ll be back. Vegan or not.

“We’re super excited to bring our sauces to market, starting with the smash sauce and truffle aioli,” Lin said. 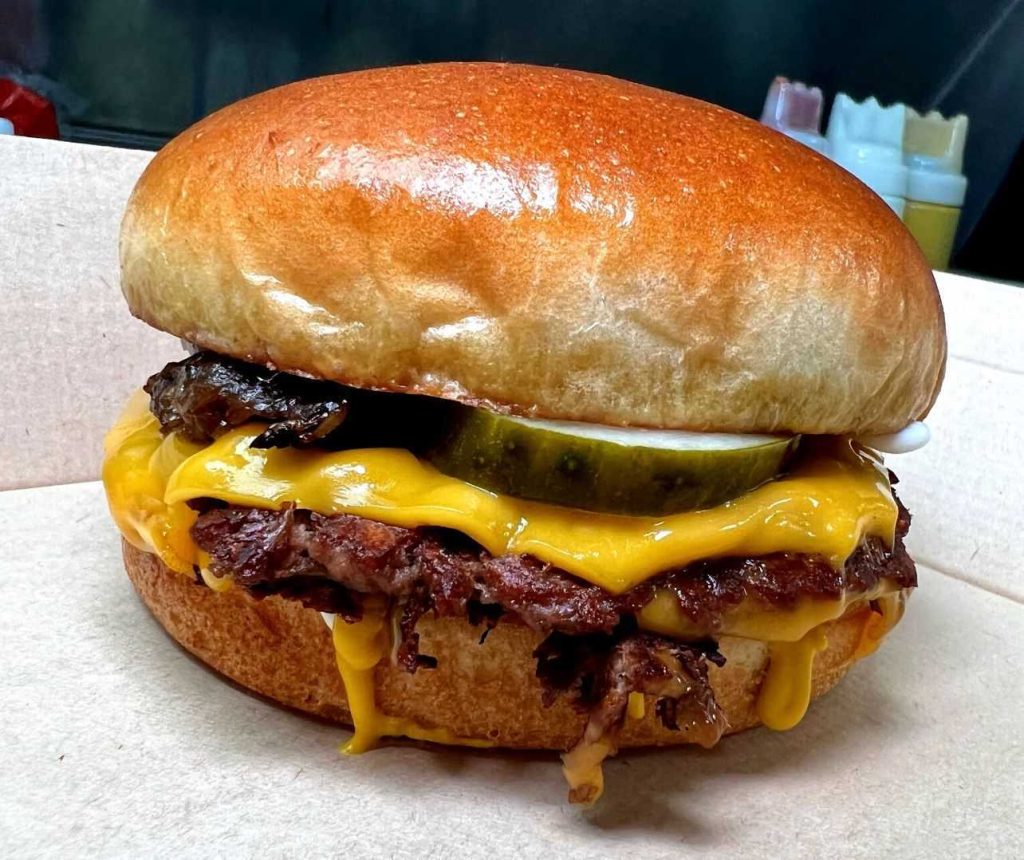