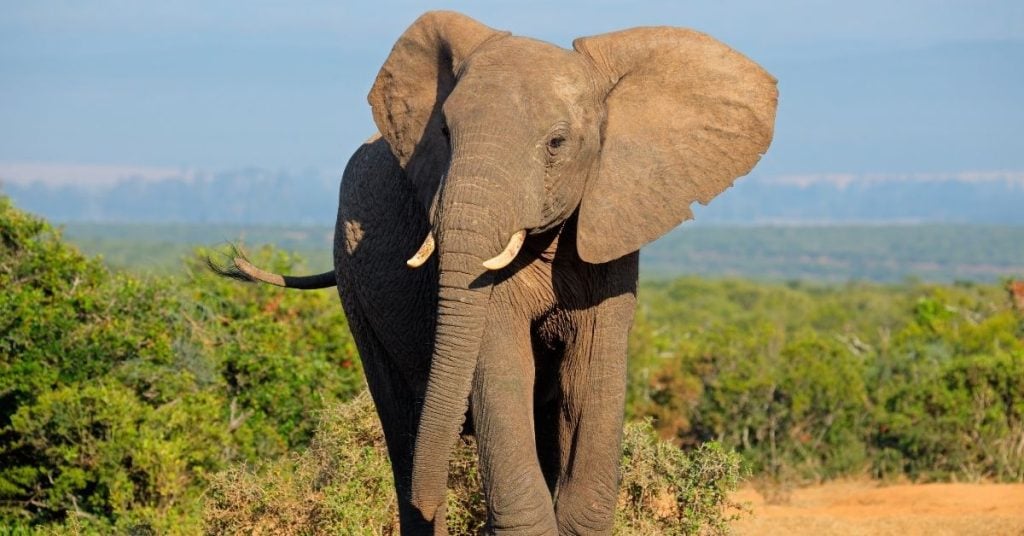 A new bill has been introduced to the Senate in Canada to safeguard captive wild animals across the country.

Senator Marty Klyne brought the Jane Goodall Act into the Senate this week.

The proposed legislation aims to phase out elephant confinement in Canada, as well as elephant imports and breeding.

Given the plight of elephant numbers, this measure might have far-reaching consequences. Partly as a result of human intervention, such as the ivory trade.

The African savanna elephant and African forest elephant were both designated as endangered and critically endangered species last year. The Asian elephant is likewise vulnerable, with its number having decreased by half in the previous 75 years.

If passed, the Jane Goodall Act would make owning, breeding, and possessing a variety of other exotic animals illegal, putting many zoos out of business.

Although the exact number of zoos functioning in Canada is unknown, Canada’s Accredited Zoos and Aquariums (CAZA) – a private organization that represents animal entertainment facilities – now includes 26 animal parks, aquariums, and other attractions on its accreditation list.

Furthermore, the law would make it easier for the federal government to limit the confinement of more species in the future.

“Polls show that most Canadians are opposed to confining animals in zoos and aquariums, and this important new law takes a giant leap toward improving saving countless animals from a lifetime of suffering in captivity.”

Indeed, according to a poll performed by Research Co. in 2019, more than half of Canadians (52%) oppose keeping animals in zoos or aquariums. Furthermore, 59 percent of respondents indicated they oppose the use of animals in rodeos.

“The bill would also offer animals limited legal standing to animals in some court proceedings. If adopted, this precedent-setting move would make Canada a global leader in ensuring the courts are able to consider the best interests of individual animals,” Labchuk added.

The law was initially proposed in November 2020, with Dame Goodall’s support, and has since been modified to add other species.

The proposed legislation is modeled after the Free Willy Act (Bill S-203). The goal of the legislation, which was approved in 2019, was to phase out whale and dolphin confinement, breeding, and trading.

Kaitlyn Mitchell, a staff lawyer at Animal Justice, believes the Jane Goodall Act will make its way through the legislative process in the coming months. She said that amendments might be made at the committee stage, and that if all goes according to plan, the measure would be reviewed in the House of Commons.

“We believe that just like the ‘Free Willy bill’ before it, which aimed to phase out whale and dolphin captivity across Canada, the Jane Goodall Act will have the support of the Canadian public, and are optimistic that it will ultimately become law in Canada,” Mitchell said.

Those who are interested can sign this online petition to show their support for the Jane Goodall Act.

Source: “New Bill Seeks To Protect Wild Animals From Captivity In Canada” by Plant Based News