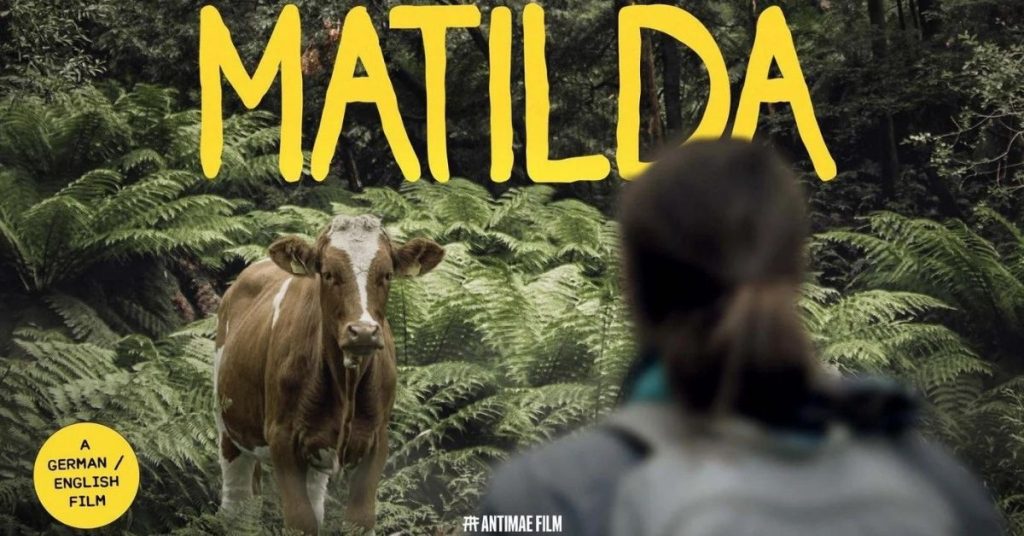 The story of a baby cow evading slaughter in New York City made headlines last year. The nine-month-old calf, called Stacy later, escaped from a Queens butcher and ended up in a public park.

It appears to be an improbable occurrence. But Stacy isn’t the only one who feels this way. A cow smashed a barrier and swam out to an island in Poland in 2017. A cow fled a butcher in Brazil in 2021 and ended up in a water park. The escapees were all saved from being slaughtered.

Antimae Film, a production company, now intends to bring the story of a runaway cow to the big screen in Matilda, a new live-action film.

Matilda is a film set in England directed by Marc Pierschel (who also directed the award-winning Butenland and The End of Meat). It tells the story of Anna, a young aspiring chef who comes upon an escaped cow called Matilda in the woods and joins forces with animal rights activists to save her.

Anna’s meat-eating family, as well as her connection with her father, who works at a slaughterhouse, is a major issue for her.

“Matilda is a film that moves between resignation and activism… Anna takes us on a journey through the emotional worlds of a young woman who assumes responsibility for another living being,” says producer Steffi Koehler in a video on Kickstarter.

“Matilda creates new role models and shows a different perspective on our treatment of animals, our environment, and empowerment.”

Antimae Picture plans to begin production on the film next year, with a 2024 world debut in mind.

Antimae Film, however, requires money to bring this moving, hard-hitting, and thought-provoking narrative to reality. It has so far raised more than £21,000, but it needs to raise more than £42,000 to reach its goal.

To find the project’s Kickstarter page, click here. Pledgers will be eligible for a range of rewards, including a co-producer credit.