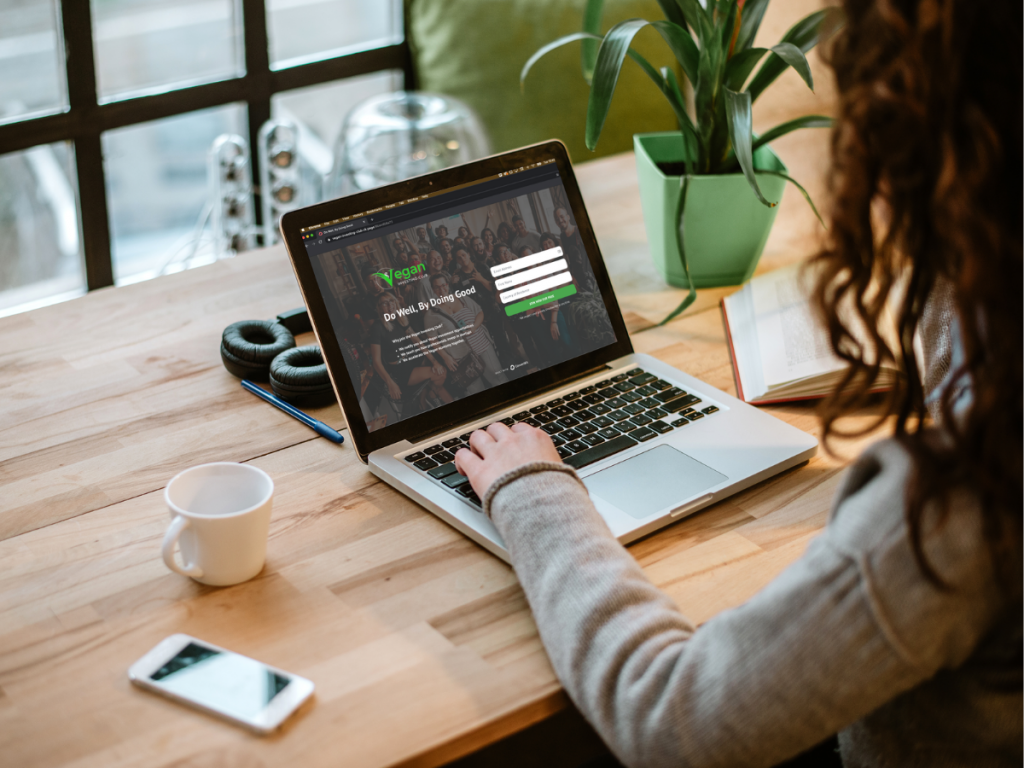 Those of us who have embraced veganism as a way of life understand the importance of spending money with cruelty-free enterprises that align with our values. Propelling one of the fastest-growing movements of our generation, we are growing in numbers and driving the increased demand for all-things vegan.

Companies that are answering the call are thriving, which begs the question, why aren’t there more Vegan startups? The answer may be a simple matter of economic opportunity for conscientious investors happy to support Vegan ventures by investing $100 or more… to do well, by doing good.

“Like all innovations and emerging industries, it is challenging for vegan startups to compete with large, subsidized and established companies entering the vegan space,” said Mark Perlmutter, founder of the Vegan Investing Club, a new vegan crowdfunding club dedicated to helping investors with just $100 support cruelty-free, plant-based companies.

Capitalizing on the increasing demand for plant-based food innovations and cruelty-free consumer products, a number of large corporate producers have begun to invest in plant-based meat substitutes and other cruelty-free consumables. In a keynote address at the Communities in Control thinktank convention for investors, lifelong vegan and venture capitalist Phillip Wollen said, “Six months ago, 40 investors who happen to control two trillion dollars in assets called on all global food companies to replace animal protein with plant protein.”

While that is a step in the right direction, millions of mainstream consumers who are reducing meat in their diet, may wish to invest small amounts where their values guide them. Crowdfunding provides ample opportunity to invest in emerging plant-based companies that adhere exclusively to Vegan, cruelty-free principles and bring new products to market. This provides a significant incentive for vegan investors to back the Crowdfund offerings of startup Vegan companies.

Crowdfunding offers investors the opportunity to participate in private equity funding of vegan startups before they go public. The Vegan Investing Club helps members find out about new offerings aligned with their vegan principles.

“We are creating a community of people wishing to change the world by investing with their values,”

said Perlmutter. “Members can start investing in vegan companies with as little as $100 and get alerts for exclusive incentives like discounts and bonus shares. We believe that everyone has an opportunity to do well, by doing good.”

As plant-based eating gains steam in the U.S., so does its potential to solve real-world problems and make a huge impact on our economy; improving public health, the environment, and animal welfare. The vegan economy can reduce food insecurity, generate new jobs, and create wealth.

said Wollen, noting in the same speech that “the first person to launch a vegan McDonalds will be the next billionaire.” “But more importantly,” he added, “the growing vegan movement is on the right side of history. It is creating the new enlightenment, the second renaissance.”

According to Perlmutter, that is what makes the Vegan Investing Club so enticing to vegans: “We wish to help all industries transform to embrace cruelty-free values. This Club helps the average vegan learn about new enterprises entering the market with plant-based solutions before it is common knowledge.”

“Members can take advantage of lucrative opportunities and claim a stake in the vegan economy,” he added. “New members of the Vegan Investing Club get $50 bonus shares when they invest their first $100. This Club is for everyone who wishes to see the world change and do well, by doing good.”