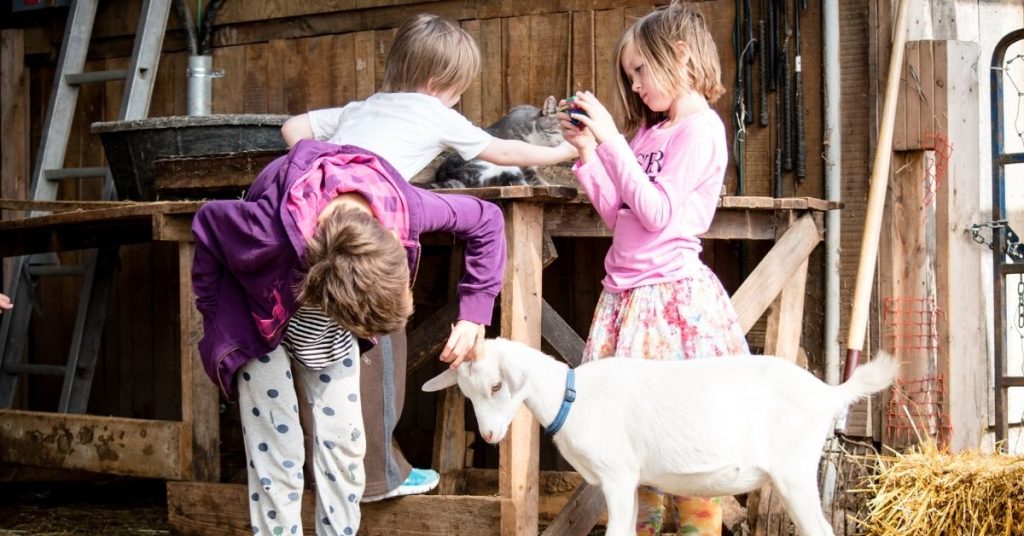 According to a recently released study, kids are less prone to regard animals as food. As a result, kids view meat consumption as “less ethically acceptable” than adults, according to researchers.

The study, which was published in the peer-reviewed academic journal Social Psychological and Personality Science, aims to analyze speciesism among individuals of various ages, as well as people’s views on how different animal species should be handled.

Children were shown to have a lower perception of a moral hierarchy between humans and non-human animals. Younger individuals were also less likely than adults to classify farm animals as food, feeling that animals such as pigs should be treated better.

“Our findings suggest we need to consider how we talk to children about humans’ relationship with non-human animals… Children are motivated to consider harm against the natural world, including animals, and as such we might want to consider beginning these discussions about food decisions early in life,” explained lead author Luke McGuire of the University of Exeter.

The findings show that people aren’t born with the brain mechanisms that allow them to rationalize eating meat. Parents and elder family members frequently establish the norm for which animal products are “acceptable” to consume (usually, cow and chicken meat) and which are not (companion animals, such as cats).

“As with all social psychological processes, it is worth stepping back to consider where these attitudes and cognitions come from. Critically examining our relationship with animals ought to be a primary goal of tackling climate change and one that begins in childhood,” McGuire added.

A rising body of evidence is uncovering links between animal agriculture, particularly beef production, and the escalating climate issue.

According to a research published in January, substituting animal protein with plant-based diets may reduce food-related emissions by 61%. Reducing meat and dairy production can also help to protect wild creatures, conserve water, and free up a lot of area.

“Human food production and consumption are related to timely global issues like climate change… Attempts to mitigate these global problems might benefit from open dialogues regarding our relationships with animals,” McGuire’s study states.

“The evidence presented here suggests these dialogues ought to begin in youth when the social construction of the way humans think about animals begins.”