Opening A Vegan Salon Is A “Shear” Success For One Stylist 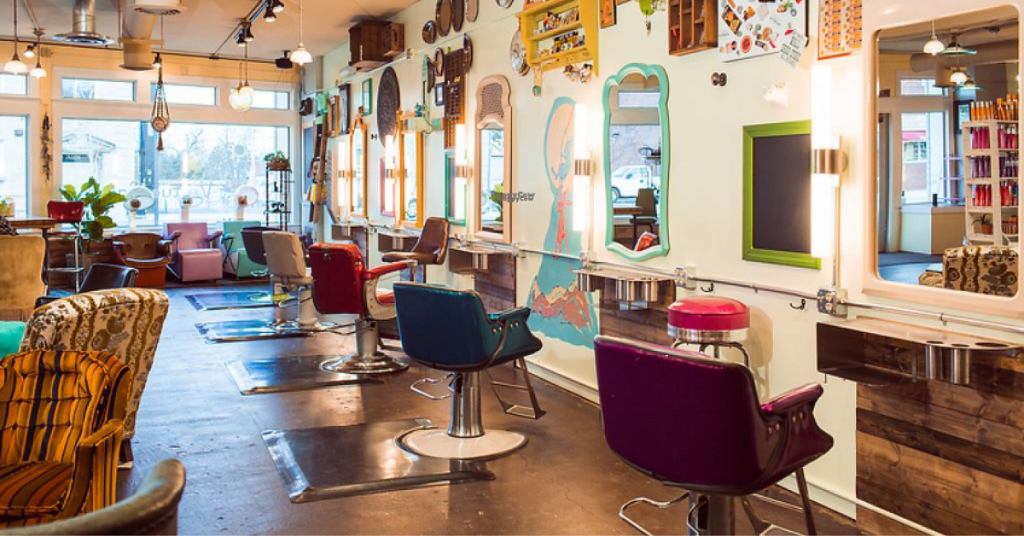 In the hair care industry, a Galion graduate is on the “cutting edge.”

Guzzo, who founded Virtue Vegan in 2010, stated, “At first, I didn’t feel like people really understood, but as the years went on, veganism became more popular… It’s just a really cool thing pioneering an idea that people can be a part of, even if they’re not vegan.”

With an aim to “celebrate community and inspire individuals to be their authentic selves.” Virtue utilizes and offers only shampoos and hair care products that are free of animal ingredients, by-products, and testing. Each style chair is one-of-a-kind, and the space is surrounded by high-end workstations made of black walnut by local artisans.

The 3,000-square-foot facility is described by Guzzo as “mid-century contemporary with a hint of vintage.” The walls are adorned with vintage hair clippers, perm machines, and dozens of wooden trinkets. The light fittings, too, have been recycled. “We’ve got some funk going on in here,” she said.

Dennis and Cindy Long’s oldest daughter, Guzzo, graduated from Galion in 2003. She earned her cosmetology license via Pioneer Career & Technology Center, although she also considered becoming an art teacher and earned a bachelor’s degree in 2007 from The Ohio State University.

She taught cosmetology in Columbus and began looking for the “perfect salon home,” but none of them seemed quite right. Her great-red grandfather’s barber chair was discovered in the garage on a trip to Galion to trim her father’s hair. She had discovered her source of motivation.

Veganism came into play, she claimed, when she was in her twenties and had health problems that she was able to solve by using natural vitamins and adopting to a vegan diet. “I also have always valued things like recycling, composting, and reducing waste, so it was natural that this would be a pillar of Virtue Salon.”

Guzzo found a modest room on North High Street, established in the 1920s as a hat shop, after the salon’s concept “had legs on it.” She hired a cosmetology student and a friend stylist to work alongside her, and Virtue Vegan expanded to 12 staff in only a few years.

Virtue relocated to a larger location across the street in 2015. The community landmark has now grown to a staff of 25 hairdressers who also offer educational seminars and organize food trucks – vegan, of course – and pop-up events to stay connected with the community.

“With food drives, the Adopt-a-Family program, and helping the community grow wealthier,” Guzzo added, “I really like the collaboration that we do.”  Some of the pop-ups began their operations in our location and have now grown into full-fledged businesses.”

Guzzo believes Virtue’s success has been due to its ability to be “violently original.” And, while she has no idea what lies ahead, she is at ease in her creative area, which is filled with mementos and where she still sits in the barber chair every day.

“We really couldn’t have asked for a more beautiful thing to have happened with Virtue Salon. We plan to grow very slowly so that we can maintain the beauty, strength, and quality of what we have.”