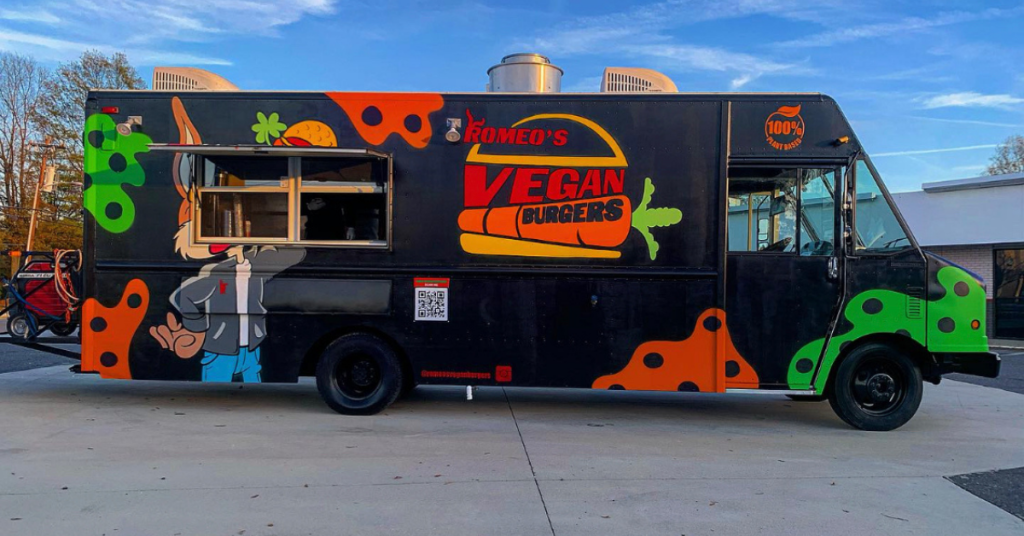 Despite the fact that many companies battled to stay open during the epidemic, one food truck that launched during the pandemic was so successful that it was able to build a brick-and-mortar restaurant.

Romeo’s Vegan Burgers, according to co-owners Tigo Faulkner and Lamont Heath, is now one of the first vegan drive-thrus in the Southeast.

“We are a full vegan establishment that’s from the cheese to the fries to the buns — everything,” Faulkner said.

They feel this is part of what made the food truck’s debut so successful during the epidemic.

“Since we’ve opened we’ve had lines that come out of our parking lot and up the street,” said co-owner Lamont Heath.

“Eighty percent of our customer base is not vegan,” Heath stated.

During the epidemic, the two created Romeo’s Vegan Burgers as a food truck, which drew hundreds of people.

After little over a year of popularity, they’ve expanded into a physical location with a drive-thru, serving everything from vegan burgers to vegan chili cheese fries to vegan milkshakes.

“We saw that there were things that needed to take place in the vegan community, there needed to be a comfort food, something that was quick fast food where you can just get it and go,” Faulkner stated.

Heath claims that their cuisine is prepared fresh to order, and that this is one of the reasons for their popularity.

“Tried it once and I was hooked after that,” said a customer, Brian Smith.

Vegan-only eateries, according to Smith, are few and far between in the Queen City.

“It’s always definitely a hunt to find a good spot… Other places it’s like they’re normal restaurants and they try to cater to people who are vegetarian or vegan so they’ll have one or two options on the menu, but it’s still really limited,” stated Smith.

Heath and Faulkner said the personnel scarcity has been a burden, even avoiding the financial instability of the epidemic.

The two are excited to introduce a new vegan alternative to the city.

“Our plans are to keep going as far as this thing will allow us to take it,” Faulkner said.

Source: “A vegan burger truck that opened during the pandemic became an instant hit. Now, it’s a brick-and-mortar restaurant in Charlotte” by WCNC Charlotte