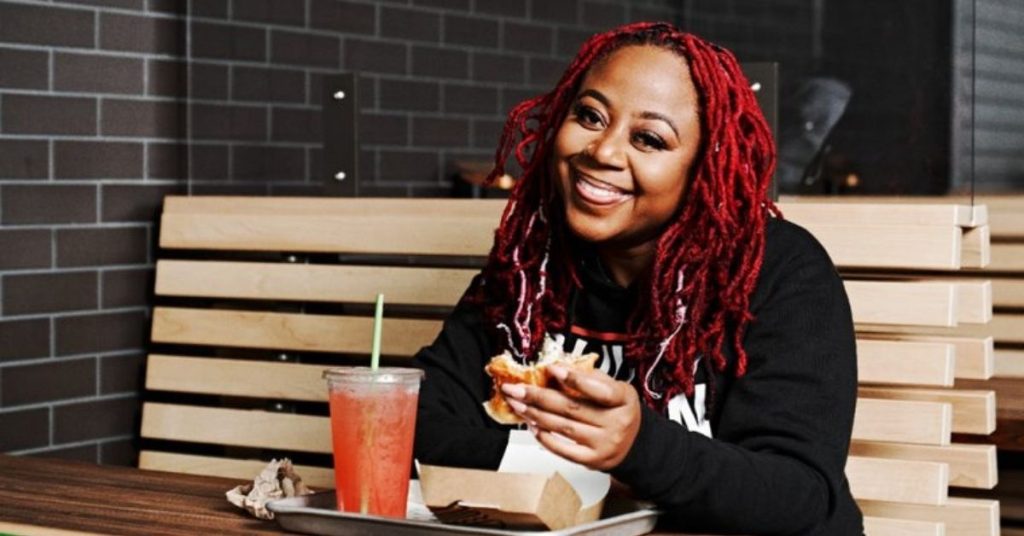 “I got the Michael Jordan of food on my team,” Cole said of Meyer joining her company as an investor in For(bes) the Culture. Meyer is most known for building his popular fast-food franchise Shake Shack, which Cole views as a valuable asset to her expanding company.

Despite the fact that this cooperation was short-lived, Meyer was affected by Cole’s presence beyond the pop-up. “I had never seen vegan food presented in such a fun way… Leaders are often defined by the degree to which people want to follow them, and I saw people following the leader,” Meyer told For(bes) the Culture.

As much as her company is about food and entertainment, Cole is also committed to empowering people of color through her Pinky Cole Foundation. The tasty cuisine and the potential effect of sponsoring a Black woman-owned company are both appealing to prospective investor Dennis.

“It’s about partnering with these incredible entrepreneurs and their businesses to drive real scale and growth and create wealth for those founders… And that’s what Pinky has done here and continues to do. This new round of investments will rapidly transform not just the vegan restaurant industry but will drive an incredible amount of health initiatives and food options for the Black community that may not have existed yet,” Dennis told For(bes) the Culture.

Since its inception, the nonprofit has taken on a number of initiatives, including paying the tuition balances of 30 Clark Atlanta University students in an effort to help them stay in school; paying overdue electricity and gas bills of struggling families during Atlanta’s COVID-19 lockdowns; paying the rent for small businesses in the Metro-Atlanta area to keep them afloat during the pandemic; and providing employment and paid training to formerly incarcerated youth throughout the pandemic.

Cole’s company is now valued at $100 million thanks to the fresh $25 million in investment. “When people see that you are not only building a profitable company, but you are building an ecosystem, people respect that… They continue to want to support you. It feels so good to know that level of growth can come beyond money, and funnel back out to our communities,” Cole told Inc.