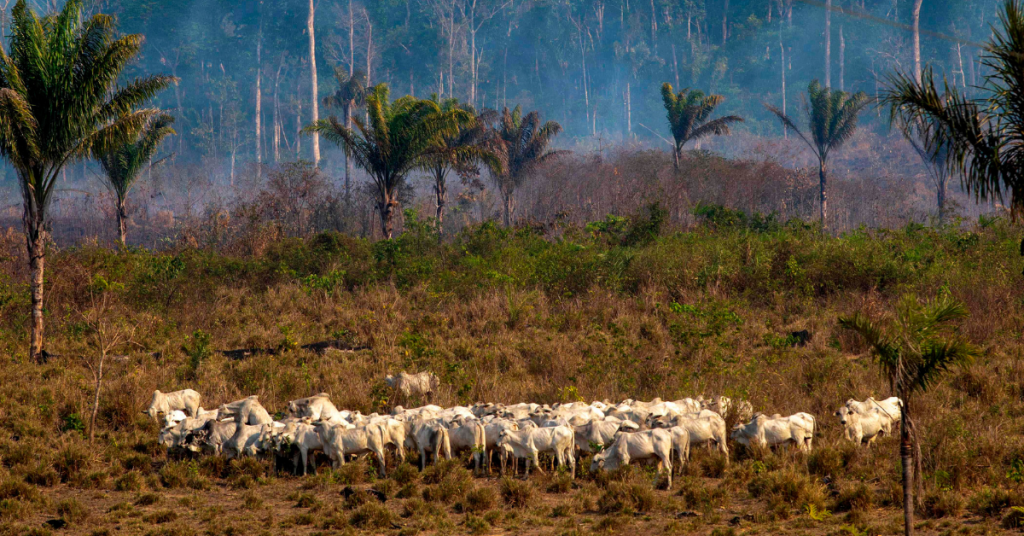 The research, which was published in the journal Nature Food, looked at 54 high-income nations, including Australia, France, Germany, the United Kingdom, and the United States.

Researchers looked at how these countries’ carbon footprints may alter if their citizens followed the EAT-Lancet Commission’s “plant-forward” planetary health diet.

Whole grains, fruits, vegetables, nuts, unsaturated plant oils, and legumes, for example, make up the majority of an individual’s calories under these standards. Meat and dairy, on the other hand, take a second seat and are only suggested in modest amounts.

The authors of the study discovered that adopting this plant-focused approach might reduce agriculture emissions by 61 percent in high-income nations.

Dr. Sonja Vermeulen, the WWF’s chief global food scientist, was not involved in the research but spoke with Carbon Brief about the results.

“To put this in perspective… it’s about the same positive impact as all countries signing up to and implementing the COP26 declaration on the transition to 100 percent zero emission cars and vans globally by 2040,” said Vermeulen.

It’s not simply emissions that would vary as a result of dietary changes. According to studies, moving away from animal products may free up an area greater than the whole European Union.

And, if left to its own devices, this area would trap nearly 100 billion tons of carbon by the end of the century.

This is the equivalent of 14 years’ worth of global agricultural emissions since 2010.

“The term ‘food system transformation’ is perhaps often used too lightly – but there can be no doubt that the changes in these places would constitute total transformation of local economies, landscapes and cultures,” Vermeulen stated.

“Imagine the vast cattle ranches of the US and Australia replaced with equally vast rewilded or repurposed lands – would these be used for biomass and bioenergy, or conservation and biodiversity, and how would rural communities create new livelihoods for themselves?”

Dr. Matthew Hayek is an assistant professor at NYU’s College of Arts and Sciences’ Department of Environmental Studies. Hayek also discussed the study with Carbon Brief.

Those living in high-income neighborhoods, according to Hayek, who was not engaged in the study, have a responsibility to assist combat climate collapse.

“Folks in developed countries eat far more meat and dairy than the global average… Reducing emissions from food consumption in rich countries is critical. For consumers who have ample food choices, these choices play a sizable role in contributing to our climate goals,” Hayek stated.

“Our policies must reflect this by making healthy and sustainable food choices more prevalent, convenient, and inexpensive… Imagine if half of the public in richer regions cut half the animal products in their diets, you’re still talking about a massive opportunity in environmental outcomes and public health,” they added

Furthermore, such reforms might have a cascading effect, improving the environmental position of low- and middle-income nations. This isn’t even taking into account the fact that those groups’ eating habits haven’t changed.

According to the report, countries like Brazil and India would not need to export as much food if high-income countries reduced their meat consumption. This would reduce their own emissions while also freeing up area for carbon capture.

Meat and The Environment

The new study is far from the first to establish a relationship between animal husbandry and environmental impact.

A large research published in Nature Food in September indicated that meat production is responsible for 57% of global food-related emissions.

Animal husbandry is also a major source of pollution in the air and water, as well as deforestation and ocean dead zones. It also uses a lot of resources, such as a lot of water and crops.