As a Result of Brexit and the Rise of Veganism, Pig Farmers in the UK ‘Fear Ruin’ 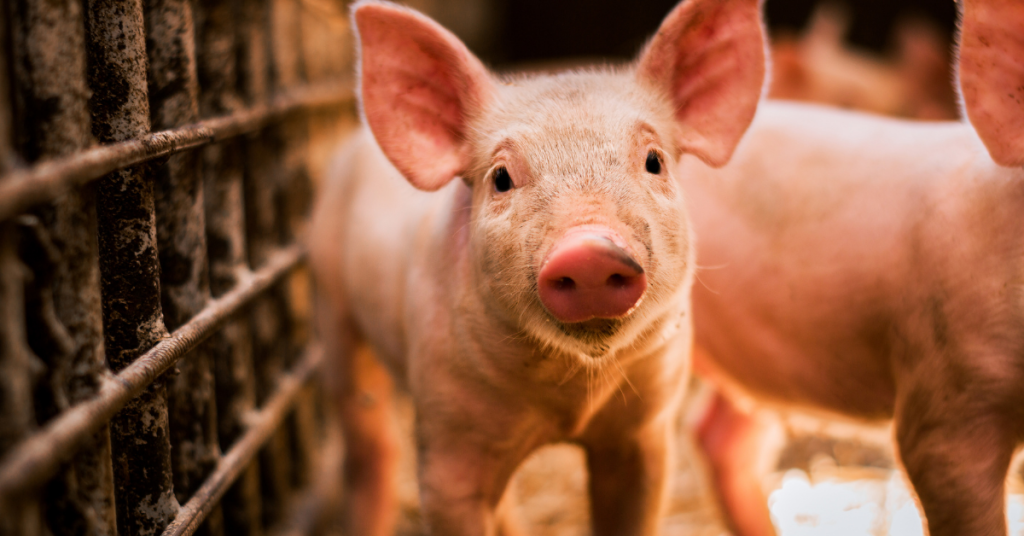 The pig industry in the United Kingdom is on the verge of collapse, following an exodus of east European employees that resulted in a scarcity of butchers and a backlog of more than 170,000 pigs to be slaughtered.

Rob Mutimer, Chairman of the National Pig Association (NPA), and Minette Batters, President of the National Farmers Union (NFU), revealed this week that emergency visa procedures intended to mitigate the impact of Brexit and COVID-19 were not working.

“The situation is utterly dire on pig farms, both in terms of the backlog, and financially,” the groups stated in a letter to Britain’s environment minister, George Eustice.

The government awarded 800 foreign butchers six-month emergency visas in October 2021, but the NPA claimed it was only aware of 105 who arrived or are set to enter utilizing the seasonal arrangement.

Farms were losing money on each pig, according to the trade organizations, and at least 30,000 sows had been lost in the past six months, accounting for almost 10% of the English herd.

“We are already seeing a significant drop in breeding herd numbers, and we fear that if nothing changes, we could see a mass exodus from this industry over the next 12 months. Once we lose that production base, we won’t get it back.”

According to the trade associations, tens of thousands of healthy pigs have been slaughtered on farms due to a lack of room. They want the government to organize an emergency meeting with the supply chain to come up with solutions.

Some farmers stated that as little as 50% of contracted pigs were collected by processors in the first week of 2022. Farmers have been losing roughly £25 (€30) per pig for over a year due to expenditures related with the backlog, record pig feed costs, and dropping pricing, they claim.

They also want the government to urge shops to undertake marketing efforts to boost pork sales in the United Kingdom, which would help processors clear the backlog.

According to a government official, progress on decreasing the pig backlog on farms is expected in the coming months.

The Rise of Veganism

The slaughter backlog in the British pig business is almost probably due to Brexit-related butcher shortages. However, there might be another reason: the increasing number of people who are giving up meat completely.

Veganism had a strong year in the UK and throughout the world in 2021. This is expected to continue into 2022 and beyond, based on the positive reaction to Veganuary this year.

According to The Guardian, 500,000 people signed the 2021 Veganuary commitment to eat entirely plant-based foods in January.

So, why are so many individuals making the switch to a plant-based diet? According to the Vegan Society, there are three key causes.

According to a 2018 research study, eating a vegan diet might be the “single largest strategy” to lessen our environmental effect on the planet.

Cutting meat and dairy products from our diets might lower an individual’s carbon footprint from food by up to 73 percent, according to University of Oxford researchers.

Many people choose to go vegan in order to help animals. You may lessen the demand for animal products by refusing to pay for them, which means fewer animals are raised to suffer and die on farms and in slaughterhouses.

Vegans think that all sentient creatures have a right to life and freedom, and having emotional connection to animals is a key part of that.

Many health experts believe that adopting a plant-based diet is one of the healthiest lifestyle choices. Vegan diets help to prevent ailments such as heart disease, cancer, and strokes.

Veganism is acceptable for people of all ages and stages of life, according to the British Dietetic Association and the American Academy of Nutrition and Dietetics.

Source: “British pig farmers ‘fear ruin’ over Brexit and the rise of veganism” by Euronews