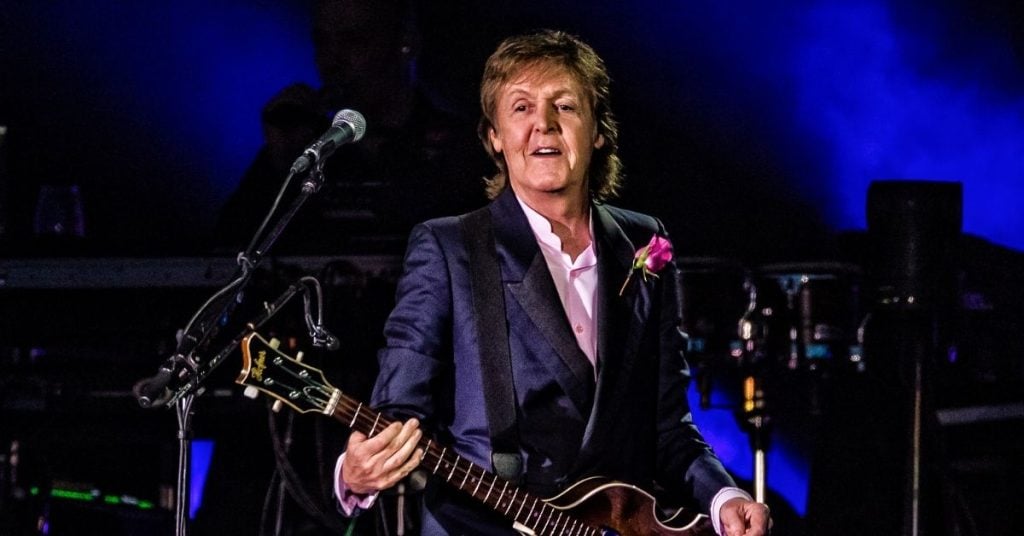 Sir Paul McCartney has asked Starbucks in the United States to remove the vegan milk fee. Before his retirement on April 4, the renowned Beatles bassist addressed a letter to outgoing Starbucks CEO Kevin Johnson urging him to make the adjustment.

“It recently came to my attention that Starbucks in the USA has an extra charge for plant-based milks as opposed to cow’s milk… I must say this surprised me as I understand that in other countries like [the] UK and India, there is the same charge for both types of milk and I would like to politely request that you consider this policy also in Starbucks USA,” McCartney wrote in the letter, first published by Billboard.

The letter was sent in support of People for the Ethical Treatment of Animals (PETA) to abolish the vegan milk surcharge at Starbucks, and McCartney penned it ahead of his impending tour appearance in Seattle, where Starbucks was founded.

“My friends at PETA are campaigning for this to happen and I have agreed to support them with the quote: ‘Sir Paul is asking Starbucks to end its surcharge on plant milks…and I sincerely hope that for the future of the planet and animal welfare you are able to implement this policy,” McCartney stated.

For decades, protestors, including celebrities like Clueless star Alicia Silverstone, have demanded that Starbucks drop their $0.80 per cup vegan milk fee. Starbucks reduced its vegan milk fee at 1,020 UK locations earlier this year, but has failed to spread the decision to its more than 31,000 outlets globally, as McCartney pointed out.

Because Johnson has been vocal about the impact of dairy on the coffee chain, McCartney’s plea to him before his retirement as CEO of Starbucks is also significant. According to a 2020 audit undertaken by sustainability consultant Quantis and the World Wildlife Fund, dairy accounts for the majority of the chain’s carbon footprint, accounting for 21% of the 15.6 million metric tons of greenhouse gasses generated globally in 2018.

In response, Johnson stated that 15 to 20% of Starbucks’ North American consumers had already chosen plant-based milks, and that “alternative milks will be a big part of the solution” in helping the company achieve its 2030 objective of becoming a resource-positive corporation. While the restaurant has made a few menu changes to assist it meet its environmental goals, eliminating the vegan milk extra would have a significant impact.

PETA, a Starbucks investor, chastised Johnson at a recent Starbucks investor meeting.  “Starbucks claims to value ‘challenging the status quo and … holding ourselves accountable… Words have to mean something,” a PETA representative said during the meeting in reference to the vegan milk surcharge.