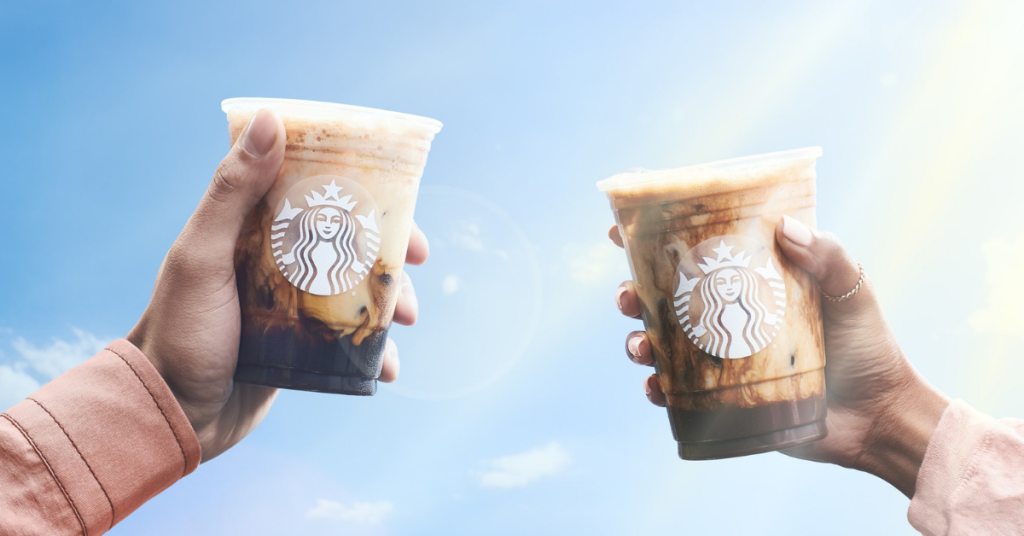 Starbucks has finally released its first oat milk-based Frappuccino’s in a bottle. Caramel Waffle Cookie and Dark Chocolate Brownie will be the two luxurious flavors of the new Starbucks Frappuccino with oat milk ready-to-drink drinks.

“Starbucks has been a leader in the ready-to-drink coffee category since 1994 and we continue to focus on beverage innovation with the highest quality coffee and ingredients… This year, we’re excited to provide customers with their favorite ready-to-drink Starbucks beverages in new flavors and formats, like Starbucks Cold & Crafted on Tap and the new Starbucks Frappuccino with Oat milk.” stated Chanda Beppu, Vice President of Channel Development Americas at Starbucks.

In addition to the new oat milk Frappuccino’s, Starbucks is also introducing a dark chocolate-flavored bottled cold brew made with oat milk, which will be available at shops, grocery stores, convenience stores, and petrol stations before the end of the year. The oat milk Frappuccino’s and cold brew will be sold alongside Baya Energy, Starbucks’ first energy drink brand, which will be available in three flavors: mango guava, raspberry lime, and pineapple passionfruit.

After seeing success with oat milk in its 9,000 US locations, the coffee behemoth produced the new dairy-free bottled Frappuccino’s. After testing the ecologically friendly vegan milk at 1,300 locations in the Midwest, the company introduced Oatly’s oat milk to its national menu in March 2021. Starbucks now offers oat milk alongside almond, coconut, and soy milk, and it’s featured in the Iced Brown Sugar Shaken Oat milk Espresso, which blends brown sugar and cinnamon before being topped with oat milk. The popularity of the beverage, combined with other circumstances, resulted in oat milk shortages at some Starbucks shops by April.

While oat milk is available in a ready-to-drink form, Starbucks has been experimenting with dairy-free beverages for a few years, but Frappuccino’s are a first for the company. Starbucks launched its first dairy-free bottled Frappuccino’s in 2019, featuring vanilla and mocha flavors produced with almond milk instead of dairy.

Starbucks debuted a new vegan creamer in August 2021, inspired on the season’s most popular beverage. The Pumpkin Spice Flavored Non-Dairy Creamer was created to taste just like the PSL and was manufactured with a combination of almond and oat milk to provide the same creaminess without the dairy. Despite being modified for European markets, its in-store PSL remained to contain dairy in its US outlets for the 2021 season.

Starbucks wants to reduce its carbon footprint by half by 2030, with dairy being the biggest contributor. To do so, the company is turning to plant-based milks, notably oat milk. According to a 2018 Oxford University research study, oat milk is a more environmentally friendly alternative since it emits one-third of the carbon emissions of large-scale dairy while utilizing 80% less land and 90% less water.

Starbucks has lifted its plant-based milk surcharge at all 1,000 shops in the United Kingdom, removing financial obstacles to choosing climate-friendly choices. Activists contend, however, that making this a system-wide policy that applies to all of the company’s more than 32,000 global sites would have the most impact.

Switch4Good, a charity created by Olympian advocate Dotsie Bausch, has sent an open letter to Starbucks CEO Kevin R. Johnson and Global Chief Inclusion and Diversity Officer Dennis Brockman in the United States. The letter, which is signed by 22 doctors, athletes, and other dairy-free advocates and was published this week in the Seattle Times, asks Starbucks to drop extra charges on dairy-free substitutes globally, citing factors such as ending dietary racism and promoting environmentally friendly choices as reasons for the change.

The open letter follows Swtich4Good’s recent Justice Cup campaign, which highlighted how vegan milk upcharges are borne disproportionately and unfairly by people of color, who are disproportionately lactose intolerant. While there is no documented relationship between the Justice Cup campaign and Starbucks UK’s new policy, the campaign launched just before Starbucks removed their vegan milk fee in the UK.