Why Did This Former Meat-Lover And Poultry Worker Launch A Vegan Chicken Company? 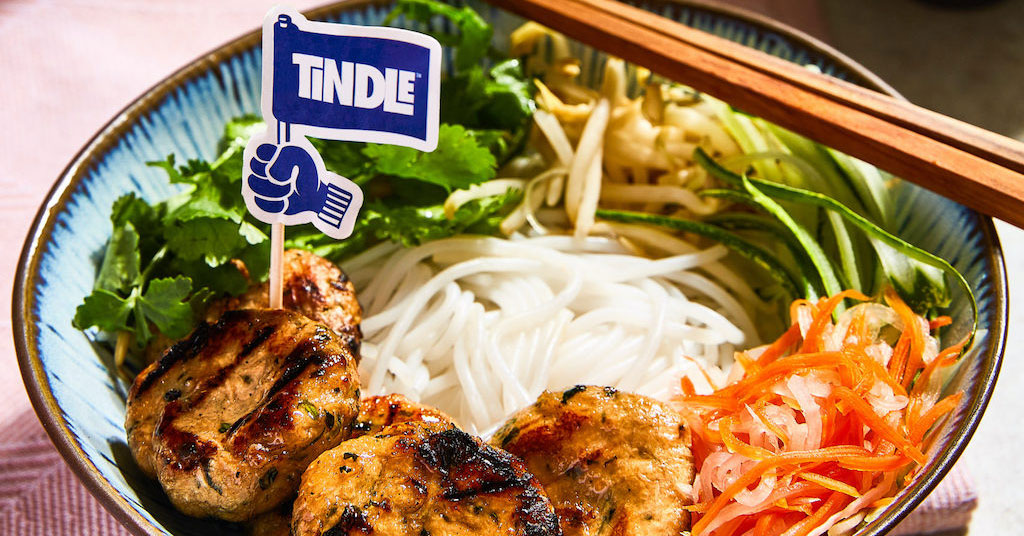 Asia’s most successful food-tech start-up In the United States, Next Gen Foods has debuted their flagship product, TiNDLE, a vegan chicken equivalent. TiNDLE is the first plant-based chicken designed specifically for cooks, according to the business. What is the purpose of it? For the sake of the earth, to shake up the food chain.

TiNDLE is made of soy protein, oat fiber, and sunflower oil, among other plant-based components, and is described as “juicy,” “realistic,” and “moldable.”

The chicken alternative has 17 grams of protein per 100 grams of food. It’s free of cholesterol, antibiotics, hormones, and genetically modified components.

TiNDLE debuted in around 150 restaurants in Singapore, Hong Kong, Macau, Kuala Lumpur, and the United Arab Emirates earlier this year. The product soon became a top seller in numerous restaurants, beach clubs, and resorts after its launch.

TiNDLE will be available at restaurants across the United States next year, according to Next Gen Foods.

At the recent Food Network & Cooking Channel New York City Wine & Food Festival, the company gave an exclusive early preview of the vegan chicken (NYCWFF). The festival is one of the most well-known food events in the world, and it raises funds for food banks that help people affected by COVID, other illnesses, and/or food insecurity.

Consumption that is environmentally friendly

This year’s theme was sustainability, which made TiNDLE’s appearance even more appropriate. Andre Menezes, the CEO of Next Gen Foods, co-founded the company less than a year ago, motivated by a desire to develop climate-friendly food.

“I was a meat-loving engineer who worked at the largest poultry exporter in the world and it made me realize how broken it all was,” Menezes stated.

“Animals were never meant to be farmed at such a massive scale. The sheer volume of resources and issues from these slaughterhouse practices was alarming… I left that job with a fire to become a part of the plant-based movement – not by telling people what to do but by effectively offering a better, more exciting option than chicken derived from birds,” he added.

Animal farming is ‘incredibly outdated, inefficient, and archaic’, according to the Menezes. The system ‘no longer serves our community and planet’s needs.’

“Just like other sectors from transport to energy, it’s time for us as humanity to challenge this paradigm and be able to produce what we love to eat without the harmful animal production and farming involved.”

According to a 2020 research by Blue Horizon, removing animals from the mix can have a significant influence. According to the impact investor, if just 10% of the global animal market was replaced by plant-based products by 2030, 2.7 billion trees would be saved.

A land area the size of Germany would be saved, and the modification would save enough water for everyone in New York State for five years.

The significance of chicken

Next Gen Foods isn’t the only company working to change the food system. The market for plant-based meat is becoming increasingly crowded, with prominent players ‘veganizing’ anything from beef to shrimp to foie gras. Next Gen Foods, on the other hand, focused on chicken.

“Chicken is the most popular global protein and, in my opinion, the most innovative and versatile from a culinary perspective,” Menezes stated. According to Blue Horizon, 123.9 million tonnes of chicken were produced in 2018. Over the next decade, output is predicted to rise by another 20 million tonnes.

In addition, conventionally farmed chicken breast has a 5.5 times greater environmental effect than plant-based alternatives, according to the report.

“There’s a huge sense of urgency to slow down the climate and sustainability crisis we’re in right now and understand where a company can make a real impact. There are debates about the best way to do that and our take is that if meat lovers could adopt and love plant-based food on a global scale, it will make a significant difference… No one has built a leading global point-of-view for plant-based chicken and this is the right time and market to introduce people to TiNDLE,” Menezes stated.

In terms of what Next Gen Foods will do next, though, the sky’s the limit.

“Right now, we’ve built the fundamentals and foundation to enable TiNDLE to become a global leader in plant-based chicken. We can apply those learnings, principles and infrastructure to support other plant-based categories,” the Menezes explained. “It could be seafood, dairy, pork, beef – the sky’s the limit on what can be transformed from its animal farming origins.”

Source: “Why This Former Meat-Loving Engineer And Poultry Worker Launched A Vegan Chicken Brand” by Plant Based News