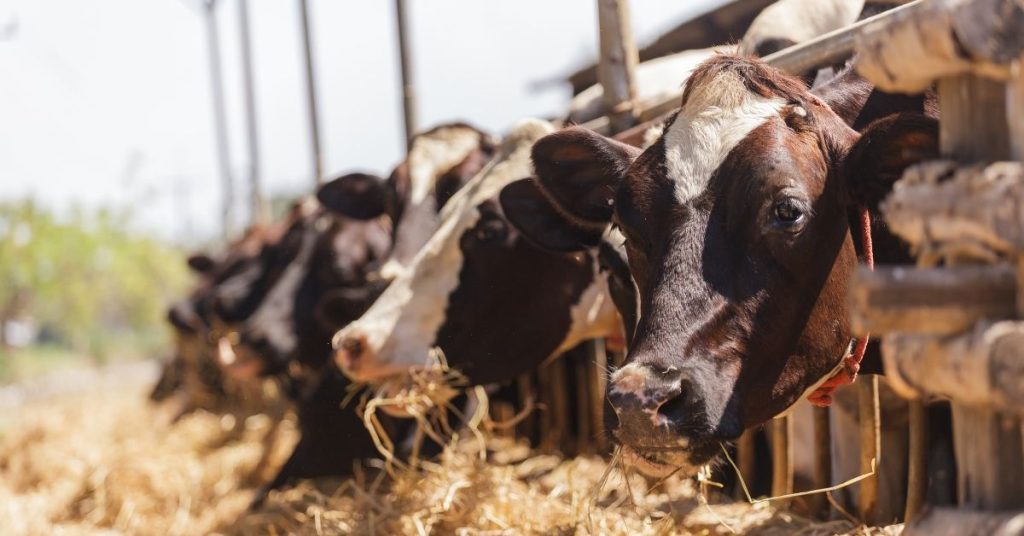 Following a judgement given this month by the Superior Court of Pennsylvania, the Pennsylvania State Police and the District Attorney’s (DA) office will prosecute dairy farm Martin Farms on various allegations of animal cruelty. The decision comes after animal rights organization Animal Outlook (AO) disclosed the findings of an undercover investigation it performed at the dairy farm in 2018, which was then a Nestlé supplier. Workers at the Pennsylvania-based farm who previously supplied Nestlé, dragged tired cows by their hips while hauled to a tractor, sprayed the animals in the face with scorching water, and stomped on sick cows to force them to move faster, according to AO. AO also documented industry-standard harsh procedures like dehorning calves with a hot iron without pain relieving drugs.

The AO first submitted the DA with a list of the 327 cases it found to be animal cruelty, aggravated cruelty, or neglect under Pennsylvania law. Despite the mistreatment, the District Attorney declined to prosecute Martin Farms on these counts. AO filed a petition with a lower court to overturn the ruling, but it was overturned in 2021, forcing AO to file an appeal. The Superior Court decision overturns the trial court’s previous decision and directs the DA to prosecute Martin Farms on these allegations.

“We have never doubted that the cruelty and neglect revealed by our investigation is squarely within the scope of conduct prohibited by Pennsylvania law, and that includes so-called standard practices… We have long believed that if we were given access to fair and thorough process under the law, this cruelty would be recognized. We’re grateful that the Superior Court did just that here, thoughtfully considering the weight of evidence from our investigation that confirmed Martin Farms’ conduct violated Pennsylvania’s animal protection laws. The Court’s ruling sends a clear message that animals used in agriculture are worthy of protection,” AO legal counsel Will Lowrey stated.

The Superior Court ruled that the trial court “committed multiple errors of law” and made its finding primarily on a “hand-picked few of the alleged instances of abuse.” AO presented sufficient evidence of negligence and cruelty in Martin Farms’ management of downed cows, excessive shocking and tail pulling, and horn removal, and the appellate court determined that the dairy farm was not protected from prosecution under Pennsylvania’s “normal agricultural operation” exemption.

The appellate court’s decision is noteworthy since some of the cruelty Martin Farms will be prosecuted for is commonplace on dairy farms, including as the aforementioned hot-iron dehorning—a procedure that AO estimates 94 percent of the dairy sector engages in on a regular basis. Nestlé pledged in 2014 to avoid dehorning in its supply chain, and after learning about AO’s 2018 research, the corporation severed connections with Martin Farms.

“The most obvious evidence overlooked by the trial court was that concerning the dehorning of calves… Given the extreme agonizing reaction of the young animals to having a hot iron applied to their heads for an excessive amount of time without anesthesia beforehand or pain relief afterwards, a fact finder could conclude that the perpetrators of the dehorning grossly deviated from how a reasonable person would proceed and disregarded a substantial and unjustifiable risk that he or she would cause severe and prolonged pain to the animals,” the appellate court ruled.

Erin Wing, the AO’s deputy director of investigations, was the one who documented the atrocities while working undercover at Martin Farms, and she applauds the decision.

“Since the end of my investigation of Martin Farms in 2018, the images of routine cruelty and violence I witnessed there have been burned into my memory… It made me wonder what the limit was for how much cruelty a farm could put animals through before such blatant abuse was recognized. With that accountability finally being delivered by this ruling, I hope this sets a new standard going forward,” Wing said.