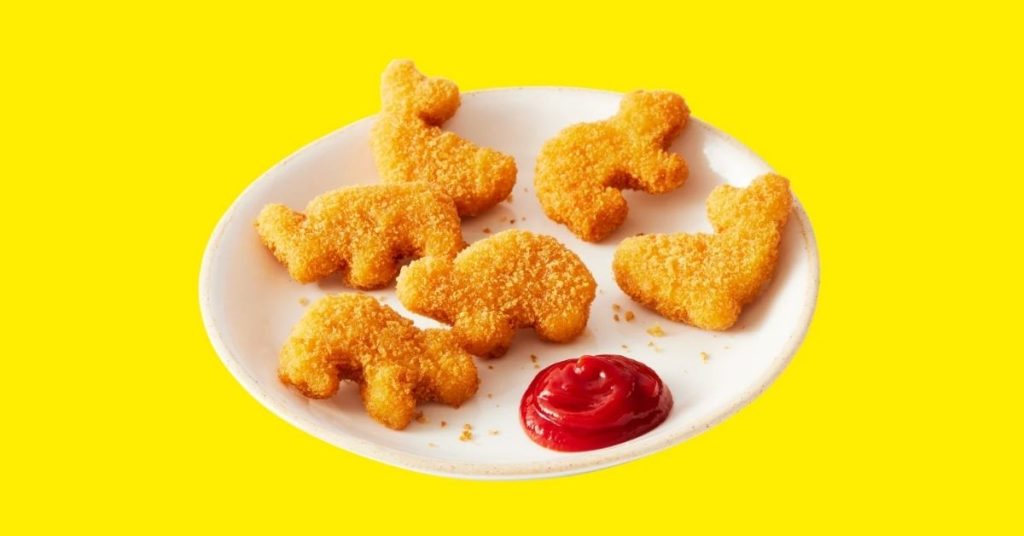 These shapes were chosen by the startup to represent animals whose lives have been harmed by the resource-intensive global animal agriculture business. Based on a Life Cycle Assessment, Impossible’s plant-based version consumes 49% less land, 44% less water, and generates 36% less greenhouse gas emissions than standard chicken nuggets.

“Our goal is to spark a conversation at the dinner table about how our food choices impact our planet, and how eating plant-based is the best way for kids to help combat the urgent threat of climate change and nature loss… With our latest products, we’re showing kids and consumers that they can still have everything they love about meat, but without needing to consume any dead animals,” stated Laura Kliman, Director of New Product Development at Impossible Foods.

The new soy-based chicken nuggets will be available at Albertsons, Safeway, and Walmart starting today, with more retailers to follow.

The Impossible Chicken Nuggets Made from Plants, which the business released last year, now come in a new shape. With the debut of the Impossible Burger, a ground beef facsimile, in 2016, Impossible Foods began its mission to disrupt the animal agriculture sector. Impossible Foods’ foray into the expanding plant-based chicken sector was marked with the launching of the plant-based nuggets.

This year, Impossible’s plant-based chicken nuggets became available at AMC Theater locations across 37 states, after their retail debut in over 10,000 grocery shops.

Impossible Foods is expanding the availability of its plant-based sausage patties in addition to announcing the retail launch of its new plant-based wild nuggets. Impossible Foods partnered with foodservice companies to debut the porkless patties, including Starbucks, which will offer the Impossible Breakfast Sandwich in the majority of its US locations in 2020. The vegetarian sandwich marked the first time Starbucks has put a plant-based meat item on its menu in the United States.

The formed plant-based sausage patties will be marketed alongside Impossible Foods Sausage Made from Plants grounds, which the brand released last summer in around 13,000 grocery shops. Impossible Foods followed up with the launch of Impossible Meatballs (a combination of its plant-based pork and beef products) in 3,000 Walmart stores across the country.

Impossible’s plant-based sausages and meatballs, like its other goods, consume a fraction of the land, water, and energy needed to make their animal-based equivalents. Impossible Foods has so far secured $2 billion in funding to help it achieve its long-term aim of replacing all animal-derived foods with plant-based alternatives by 2035.