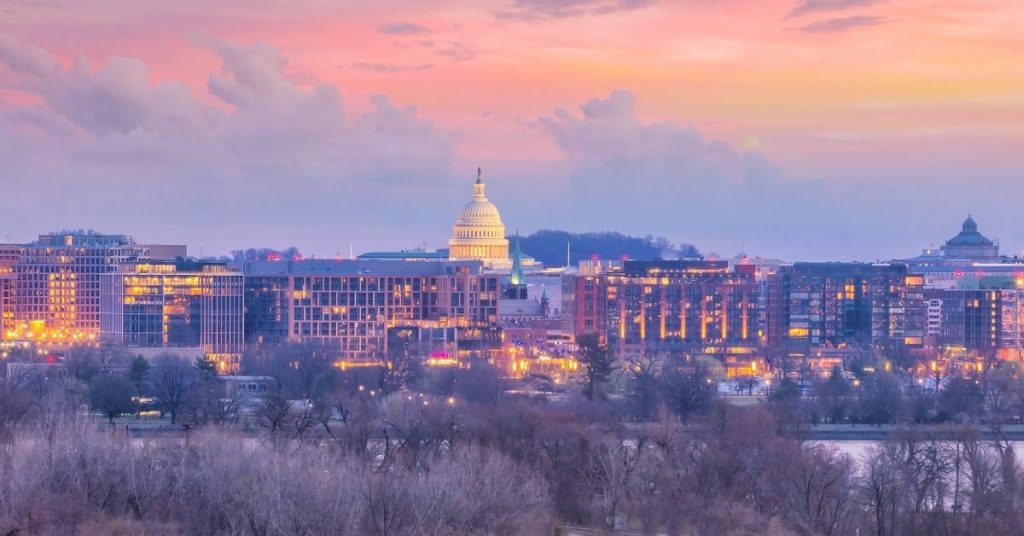 Washington, DC will host its inaugural Veg Restaurant Week from May 7 to 14. The event was made possible by a proclamation issued by DC Mayor Muriel Bowser, who wants to encourage citizens to make healthy and environmentally sound decisions.

“Whereas plant-centric eating lowers the risk of heart disease, stroke, obesity, and Type 2 diabetes, and those conditions disproportionally undermine the health-related quality of life of Black, Indigenous and people of color (BIPOC) residents of Washington, DC and whereas a global shift toward plant-centric food norms would help lower greenhouse gas emissions, and governments can play a crucial trailblazing role in facilitating such shifts by their citizenry …” Bowser said before officially declaring the week of May 7th DC Veg Restaurant Week in Washington, DC.

Bowser’s announcement of Veg Restaurant Week comes less than a year after the city of Washington, DC passed the Green Food Purchasing Act, a groundbreaking piece of legislation that will restructure the city’s purchasing practices in order to reduce food-related greenhouse gas emissions by 25% by 2030. Plant-based meals have a far lower carbon footprint than their animal-based counterparts, therefore focusing on vegan cuisine and eateries for one week and beyond fits right in with the city’s climate aims. Local farmers and ingredient purveyors who make plant-based meals more available to DC residents are also supported by the project.

“DC Veg Restaurant Week encourages the public and community leaders to get to know and celebrate their neighborhoods’ healthy and planet-friendly dining options while supporting local businesses… Together with Mayor Bowser, our co-chairs, and the diverse and culturally rich restaurants taking part, we hope to model the benefits of continuing to center plants on our plates all year round,” said Max Broad, Veg Restaurant Week organizer.

Restaurant weeks are held in cities around the nation as a method to support local economy, which is especially crucial considering the toll pandemic-related closures had on many in the food business.

“I’m proud to be co-hosting this year’s DC Veg Restaurant Week here in the DMV… Our community of amazing chefs and restaurants are getting creative and putting plants at the forefront. With value-driven offers all week long, we are giving guests every reason to add delicious, eco-friendly meals to their diet,” Mendelsohn said.

The event will also include Black-owned restaurants Gangster Vegan Organics, RAWish, and Sweet Sosumba Jamaican Vegan Café, who are working to carry on the rich vegan culture in the nation’s capital. El Tamarindo, DC’s oldest Salvadorian/Mexican restaurant, as well as pizza favorite Roscoe’s Pizzeria, are also participating in the celebrations. Locals will also get the opportunity to try dishes from DC Vegan and BDG’s Ghicken Vegan.

Outside of DC, a rising number of places are holding restaurant weeks to celebrate plant-based meals, including adjacent Maryland, which recently finished off the celebrations in March—with PLNT Burger as a participant.

Other government figures, like Bowser, have thrown their support behind plant-based food projects. Colorado Governor Jared Polis, whose first gentleman, Marlon Reis, is a lifetime vegan, issued a proclamation declaring March 20 as MeatOut Day last year. The MeatOut program, started in 1985 by the animal rights organization Farm Animal Rights Movement, was established to educate people about the advantages of a healthy, plant-based diet. Polis joined the governors and mayors of 40 other states and towns who have signed similar proclamations in previous years in favor of MeatOut.

New York City Mayor Eric Adams, who improved his health by eating a mostly plant-based diet, joined Polis in supporting the MeatOut campaign this year. Adams has aggressively implemented measures to assist New Yorkers gain the advantages of plant-based eating, from plant-based nutrition programs in the healthcare sector to moving NYC procurement toward healthier foods. Vegan Fridays (formerly renamed as “Plant Powered Fridays”) were established by the Mayor earlier this year in NYC public schools to enable almost one million children to receive access to plant-based meals every Friday.