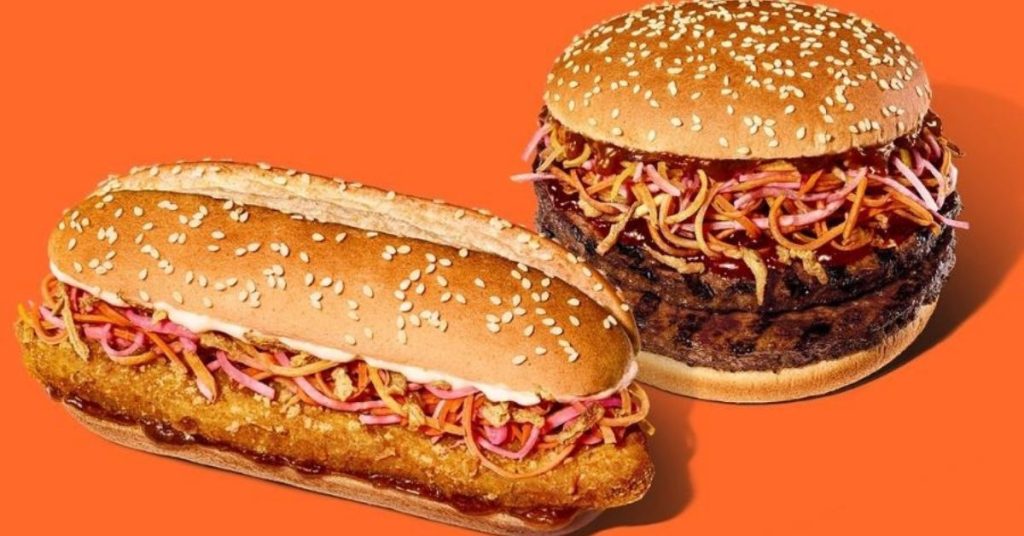 The Katsu Vegan Royale and Katsu Plant-Based Chilli Whopper Double will be available alongside the meat-based variants, and both will be priced the same. Burger King further claims that the animal-free creations taste identical to traditional beef.

The Katsu Plant-Based Chilli Whopper, on the other hand, is made up of two vegetarian Whopper patties, chilli sauce, crispy onion, pickled slaw, and katsu curry sauce. Both new burgers come on golden vegan-friendly buns with sesame seeds sprinkled on top.

The patties on Burger King’s Katsu Plant-Based Chilli Whopper are cooked on the same broiler as meat patties, despite the fact that the ingredients are entirely plant-based.

“We know katsu curry is one of the nation’s favorite flavors, so we can’t wait for people to try these twists on our classic Whopper and Royale… We’re promising new specials that max on flavor, with vegan and vegetarian options that taste almost identical,” stated Katie Evans of Burger King UK.

Those interested in sampling the new burgers may do so through the Burger King app until March 8, when they will be available at participating restaurants. Customers who order a katsu burger using the app will receive a free second one with the discount code BOGOF from now until March 7.

Customers will pay £6.29 for a single Katsu Royale burger or £8.29 for a meal at the new Katsu Royales. Burgers and dinners with Katsu Chilli Whopper cost £7.29 and £9.29, respectively.

Until September 2022, the new sandwiches will be offered. Burger King is yet to determine whether the items would become permanent additions to its menu due to great demand.

After a strong reaction to its 2020 trial, the fast-food giant relaunched its Plant-Based Whopper in April 2021.

Furthermore, Burger King UK’s chief executive Alasdair Murdoch said in January that the company plans to make 50% of its menu meat-free by 2050.