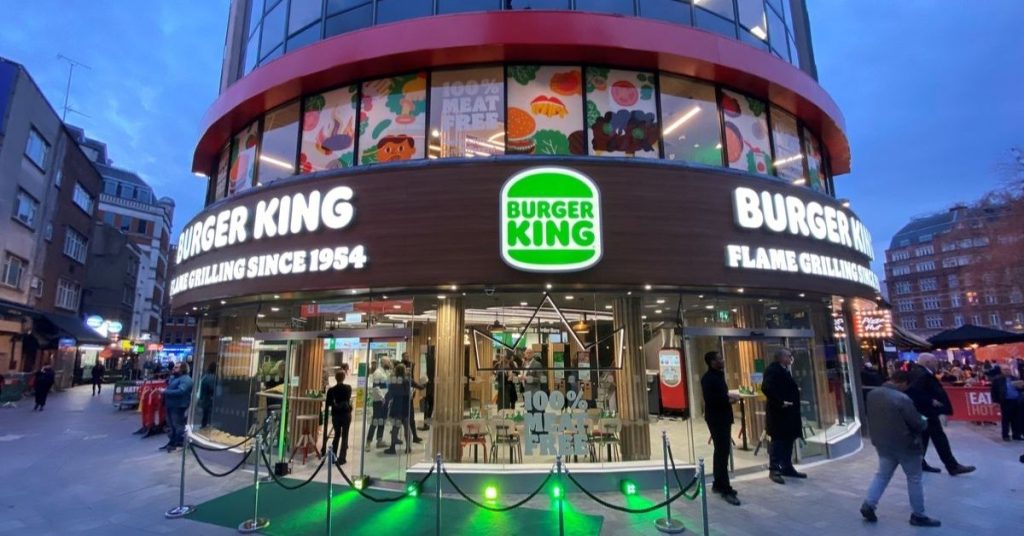 Burger King, the world’s largest fast food company famed for its meat-centric menu, will throw a significant curve ball in London next week. For a month, the company’s flagship restaurant in Leicester Square will be completely vegan.

According to a press statement from the company, it’s the only Burger King restaurant in the world to do so, and it took years to build.

Burger King’s classic Plant-Based Whopper and Vegan Royale, as well as more than 15 additional alternatives, will be available on the menu.

There will also be an all-vegan children’s menu. The whole menu is available at the bottom of this page.

Despite certain menu items being branded as “plant-based,” Burger King verified in an email to Plant Based News that during the month-long pilot, all selections at the Leicester Square Meat-Free Burger King would be vegan. The things that do not bear the Vegan Trademark are still plant-based, but they are not certified as such.

If the concept is well received, the firm says it may explore launching more meat-free restaurants permanently in the future.

“We’re incredibly proud of our new meat-free menu; it absolutely delivers on big taste with no compromises and reflects our ongoing commitment to serving our customers a diverse and innovative range of products,” stated Katie Evans of Burger King UK.

“The limited-edition menu is a direct result of our focus on vegan and plant-based innovation and goes hand in hand with our target of a 50 percent meat-free menu by 2030, as well as our commitment to sustainability and responsible business. We can’t think of a more fitting way to re-launch our new-look flagship in Leicester Square.”

Burger King UK is contributing 10p to Trees for Cities for every Plant-Based Whopper or Vegan Royale sold in the nation during the pilot to advance its environmental initiatives.

Burger King’s vegan Whopper patties, Royale chicken, and nuggets are made by The Vegetarian Butcher, a plant-based meat company that claims the meat-free products are comparable to their animal-based counterparts.

“At The Vegetarian Butcher, we believe that plant-based foods should be just as tasty as meat and our juicy range of meat-free products prove just that – showing that consumers don’t need to sacrifice a thing when making a plant-based switch… We’re providing meat-lovers the chance to cut-down meat without compromising on taste. We challenge you to taste the difference!” said The Vegetarian Butcher’s Laura Iliffe.

In the same vein, PETA, an animal rights organization, urged meat eaters to try the notion.

“PETA applauds the UKs first all-vegan Burger King – a whopping great step in the right direction for animals and the environment. The planet needs a game-changing shift away from meat to combat the climate emergency, and Burger King is leading the way… We love its expanding meat-free range: from the Vegan Royale to the Vegan Nuggets, these plant-powered, protein-packed meals appeal to both vegans and meat-eaters,” stated Dawn Carr from PETA.