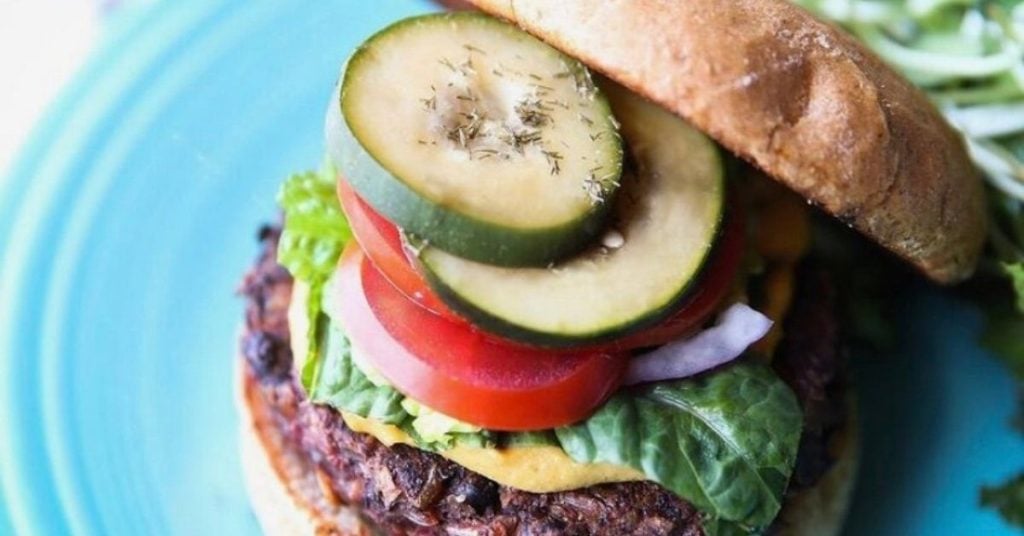 However, there was no trace of meat or fish during this month’s third annual gathering. Vegan Creole tofu scramble was available from every vendor. Hash that represents unity. Peas, beans, and lentils are used to make “crab” cakes.

And chef Taylor Carter’s own Creole truffle mac and cheese, which uses vegan coconut oil and potato starch for the cheese.

“A lot of people have a stigma about vegan food… They think it’s bland food or just a bunch of vegetables on a plate,” stated Carter, founder of Happy Roots.

However, as indicated by the sold-out crowd at this month’s event and the rising number of Black vegan cooks in town, that apprehension is dissipating, even within a skeptical Black community.

Carter recognizes that it will take more than one event like this to convince the community that vegan cuisine can taste just as wonderful as meatier fare while still being healthier. It will need people who are prepared to take risks and are open to changing traditions for the better and inventing new ways for the sake of future generations.

“We just have to show them that vegan food isn’t a crime against our culture or turning our back on it… It’s tough. Sometimes, it sounds like a cult trying to convert people to the vegan path. But once you start taking the bad things out of your life, it’s only a matter of time before you make it the food you eat,” says Carter.

In Kansas City, registered dietician Gigi Jones paved the way by starting her own restaurant, Gigi’s Vegan + Wellness, and developing a line of kale chips. She attributes her survival to a plant-based diet, and she moved to New York to study all-natural cooking in order to offer such food to Kansas City’s Black population. She was well aware that it would be difficult.

“When I returned to Kansas City, it was like I couldn’t eat anywhere… I would say I was able to eat at 5% of locations in the Black community, and that took some time. I would have to call restaurants about making food accessible for people who don’t eat meats or dairy. In our community we weren’t there yet… Now I would say that number is up to 70%. I am so proud to see all of the growth in the Black restaurants because healthy eating has exploded. We are making changes,” she says.

Their mission is more challenging than one may think.

To some extent, food is an important part of most people’s cultural identities. It’s more complicated for the Black community. Food has been one of the few things a Black person has had any influence over throughout the decades, dating back to slavery, Reconstruction, and migration.

Because black people lacked access to the best cuts of meat and food, they were driven to invent new methods to transform undesired waste into delectable treats. Soul food, an astonishing tribute to culinary innovation, was developed as a result.

Many Sunday dinners in the Black community were centered on food prepared with love and beneficial for the soul. Soul food is a link to their ancestors, a vital aspect of the African American experience that is too deeply embedded to be abandoned, with recipes and cooking techniques passed down from generation to generation.

Jones, who also delivers vegan seminars at a Florida health facility, has seen an increase in the number of Black vegans in the metro and around the country, to the point that she now holds the annual KC Vegan Soul Fest in October.

“The two main things I hear from members of the Black community from all over who are hesitant changing to vegan is it will be expensive or not being able to create delicious dishes for the family,” she says. “Once they get past those misconceptions, I have never had anyone say they are going back.” According to a 2016 nationwide study by the Pew Research Center, 8% of Black Americans identify as vegan, compared to only 3% of the total population. Local vegan chefs, meanwhile, claim that until recently, a vegan diet was more difficult to sell in Kansas City.

Teeshia Madge, the proprietor of Vegan Crave Burgers and Bakery in the Iron District of North Kansas City, has witnessed this hesitancy.

“I decided to do vegan food because I really just wanted my people to eat healthier… But at first there wasn’t a lot of support from our community. The majority of my customers come from outside the (Black) community,” stated Madge.

The vegan population in the area was all too eager to join in the fun. Madge has amassed a sizable following at her present location after only a year of operation, acquiring new admirers through word of mouth and social media. She only utilizes natural ingredients and does not use any processed meals; everything on the menu is produced from scratch.

“Thankfully people are loving it… I have had people travel from St. Louis, Topeka, and as far out as Iowa and they all say either they saw someone post online or somebody told them they had to stop here just to try it,” said Madge, who has been cooking professionally for 17 years, and owned two restaurants before opening Vegan Crave.

Madge’s desire to go vegan and encourage others in the Black community to do the same is a personal one for her.

“The transition started when my mother got breast cancer… I thought about how every member in my family who has passed from medical reasons was due to some form of cancer. So I started researching, and (for many diseases) it’s the food that we eat,” Madge explains.

The tragic truth is that African-Americans die at greater rates from diseases like heart disease and diabetes, which are often avoidable. Despite the fact that she has only been vegan for two years, she began her journey in 2017, first as a pescatarian, then as a vegetarian, and lastly as a vegan.

She felt motivated to put her culinary skills to work in the kitchen, creating gourmet burgers and sandwiches that can compete with any meat-based choice.

Madge never gave up hope of moving the Black community away from the toxic foods on which they had been nurtured, despite her success in the vegan community. Many Black residents are beginning to take a chance on something new, despite their reservations at first.

“I think people are just afraid of change… I think all communities have unhealthy foods, but not like ours. It’s hard. I don’t try to change people’s minds and the way they think or the way they eat because it causes conflict,” Madge added.

Customers at her former eateries, where she served fried soul food, she claims, gave her a lot of grief.

“People would ask me why I was cooking vegan now and not cooking regular food… I would explain it was a lifestyle change for me to prevent myself from getting those diseases that killed members of my family. That usually makes them stop and think about their own family history,” she said.

The effort is difficult but worthwhile for Madge, who operates Vegan Crave with her daughter Ravionne Samuels. It’s always a thrill to see more Black vegans gradually emerge and make their way to North Kansas City to sample her vegan food selections. Madge’s food may be devoid of dairy and meat, but she still manages to infuse it with the same level of love and care.

Her menu reflects this ethos, with items like the Love Beef Burger, Unique Chicken Sandwich, Peace Portabella Mushroom, and Sensational Jalapeno Burger named after positive affirmations. This naming tool emphasizes and reminds individuals, according to Madge, that “you are what you consume.”

“My mission and my process is all about love and life… I cook with love, and I want you to live a long life eating it. I have to keep my energy in a positive place because that’s what goes into my food. People can feel that, and people taste it,” she said.

Jones began her healthy-living adventure after finding she had colon cancer.

“I learned that there are foods that are medicine and affect your health… After a year, her cancer was gone. “A year later I decided to go back for training and got certified as a health educator,” says Jones.

Carter, the chef behind Happy Roots, has been cooking and honing her skills since she was in middle school. One of the causes, according to the Olathe native, was a lover who had Crohn’s illness. She looked for recipes for meatless and dairy-free meals. Carter also saw the devastating effects of improper eating on other members of her family. She didn’t want her 4-year-old kid to pick up on her bad behaviors.

She put her skills to work to turn Happy Roots into something unique and healthy. The young chef’s contribution to this year’s Black History Month luncheon was her first time preparing for an occasion of this magnitude.

Alycia Hightower, who has been engaged in various community events for cuisine, fashion, music, and more, is the brains behind the yearly brunch. At this month’s vegan brunch, held at the KC Daiquiri Shop downtown, Carter was joined by a number of like-minded cooks.

Rebecca Oakman and Markwan Gordon, who have been cooking together for four years, developed their own alkaline water, which they have sold at vegan events around the country. They observe the slow but steady expansion of Kansas City’s Black vegan community.

“The culture here in Kansas City is underdeveloped and needs to change… Vegan events are in bigger cities like Atlanta or Chicago because the culture is huge. We have really seen growth tremendously with Black influencers sharing their journey, which lead more in the community to being open to plant-based cuisine,” Oakman said.

Customers from all walks of life, including vegetarians and those seeking to try something new, filled the Kansas City event.

“I’ve been plant based going on three years now… And when I say I love supporting the (Black) community, I truly mean that. When I found out who would be preparing the meal, it was a no-brainer for me. Food was amazing, the energy was amazing, I mean everything about this brunch was amazing,” said Joseph Macklin, a well-known music artist in the city who goes by the name Jo Blaq.

Source: “Not ‘a crime against our culture’: Black vegan chefs redefine Kansas City soul food” by The Kansas City Star