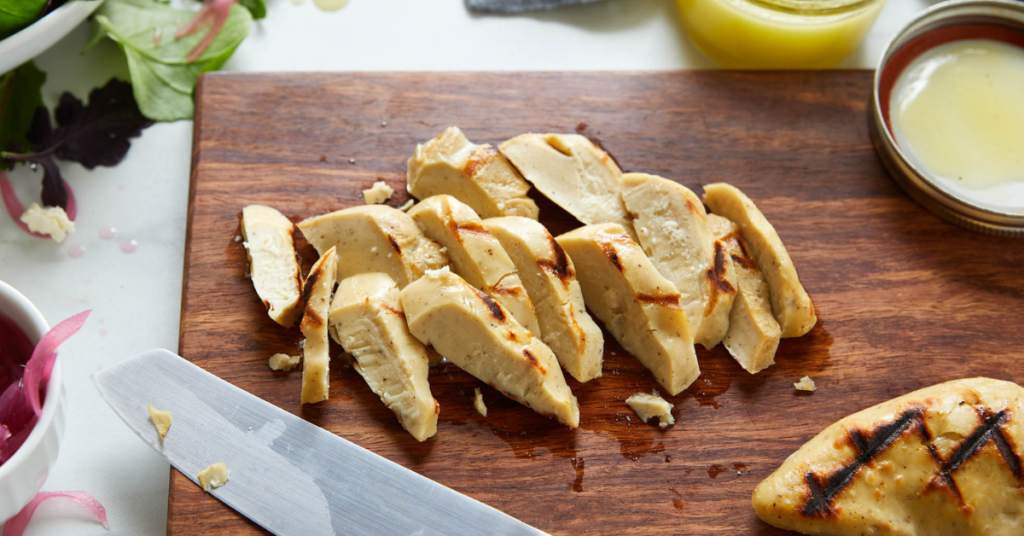 According to Matt Spence, a former deputy assistant secretary of defense, the production of plant-based and cultured meat should be considered a national security concern.

Spence offered numerous reasons why the US government should invest in animal-free protein to improve food security in a recent op-ed titled “The National Security Case for Lab-Grown and Plant-Based Meat.”

The story focuses on Israeli President Isaac Herzog, who during the COP26 Climate Summit in October became the first international leader to try grown chicken. Herzog said the chicken was “amazingly delicious” and that cultured meat technology, which uses less resources and has a smaller carbon impact, was crucial to Israel’s and the world’s security.

Other heads of state, according to Spence, are more concerned about climate-related drought and the loss of fertile farmland than nuclear proliferation. Spence claims that while in the Pentagon and the National Security Council, both agencies were always looking for conflict-free, technology solutions to address long-term global problems.

According to Spence, accelerating animal-free protein production is one of the  “most immediate, politically feasible, and high-impact ways” to attain those goals.

The growing demand for meat in Asia, Africa, and Latin America will put even more strain on existing agriculture systems, with worldwide yields anticipated to fall by three to six percent over the next ten years. Spence uses the example of ISIS, which grew its support base by exploiting crop failures and droughts, and claims that animal-free meat is one of the greatest methods to meet customer demand while conserving valuable land and water resources.

Plant-based and cultured meat have long been praised as viable options for addressing food security concerns. At the World Agri-Tech Innovation Summit this summer, vegan investor Prince Khaled bin Alwaleed spoke on a panel about the potential of alt-protein to ensure world protein supply. Countries such as Singapore, Canada, and Japan have already begun to restrict the production of meat produced or have announced large government expenditures in the production of animal-free protein.

Perhaps most crucially, according to Spence, major players in the field, such as Cargill, Tyson Foods, JBS, Danone, and Nestle, have backed alternative proteins. Unlike other climate-change alternatives, like electric automobiles, plant-based and farmed meat have extensive political support and hence have a better chance of bringing about genuine change.