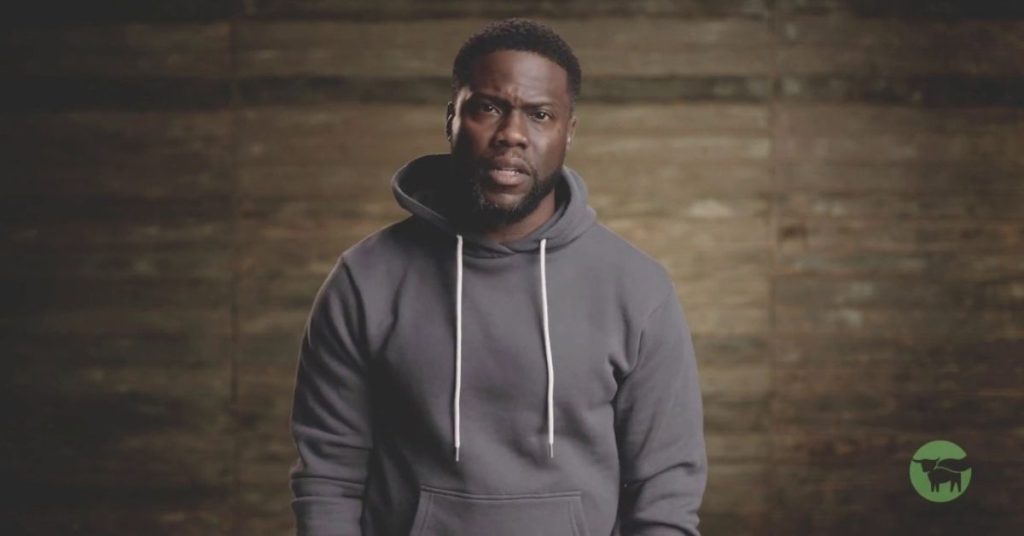 During this summer’s grilling season, comedian Kevin Hart is all about vegan burgers. Hart, a longstanding investor and ambassador for Beyond Meat, is participating in the vegan brand’s summer grilling campaign to promote its plant-based burgers, which he believes are essential for bringing the whole family together.

“With Beyond Meat, I love that my family and I can enjoy all the foods we love—like grilled burgers in the backyard—but do so in a way that’s better for us without feeling like we’re sacrificing anything… As a longtime partner, I jumped at the opportunity to be a part of this summer grilling campaign to inspire more people to try Beyond Meat,” Hart stated.

The new summer campaign launches with an ad featuring Hart and fellow comedian Will “Spank” Horton that focuses on the plant-based development of summer grilling during National Burger Month (May).

When Hart became a Beyond Meat ambassador in 2019, he told his then-74 million Instagram followers that he wanted to “up a notch” on his healthy diet by joining “this plant-based food kick.” Hart and Horton star in a one-minute commercial for the brand in which they highlight the significance of keeping traditions like summer cookouts while making better decisions for the future—all while utilizing hilarious, archaic terminology and dressing in fashion styles from different periods.

The advertisement also has a climate message because of the environmental benefits of eating plant-based burgers instead of cattle. “Make changes that are better for the planet… Oh, snap, better for the planet? You buggin’,” Horton responds,” Hart says, while wearing ‘90s garb and handing Horton a burger.

“Word? Eating plant-based is actually fighting climate change… You know, sometimes we overlook the most obvious things we can change and I don’t know why. Some things should be easy like eating Beyond Meat,” Hart says.

Hart’s passion for vegan burgers extends beyond his plate. When the COVID-19 epidemic broke out, Hart and other Beyond Meat ambassadors, including NBA star Kyrie Irving, rallied to support the brand’s Feed A Million+ effort, which sent over a million vegan Beyond Burgers to those in need.

Hart is one of 14 sportsmen who have joined Beyond Meat as investors and ambassadors in 2019, including NBA icon Shaquille O’Neal, NFL standout DeAndre Hopkins, renowned rock climber Alex Honnold, and five-time Olympian snowboarder Shaun White.

Ethan Brown, the CEO of Beyond Meat, is well-versed in sports, and sat down with NBA player Chris Paul, one of the brand’s most prominent celebrity advocates, in an interview last week to explore the future of vegan meat. Paul began the interview, which was produced by Bloomberg, by thanking Brown for assisting him in becoming vegan.  “I must start off by saying that I’m a proud investor… And I must let you know, Ethan, that you have a lot to do with why I went plant-based to begin [with],” Paul said.

Brown described how he knew at a young age that climate change was one of humanity’s most pressing challenges. He began to address the issue through his work in sustainable energy, but eventually discovered that the food market was where he could have the most influence.

“I began to really think more about climate in a more sophisticated way than I had when I was just a student and started to think about the impact that livestock has on climate… To me, just the sheer amount of land, water, and emissions involved in bringing a piece of protein to the plate from an animal was so significant that I felt I had to go do something about it,” Brown said.

Brown then deconstructed flesh into protein, fat, and water, pointing out that when an animal is involved, this process is inefficient due to the amount of resources required to deliver these fundamental building components to the plate as meat. Brown highlighted that the components of meat and those of plants have a lot in common. “So what you find in plants, you also find in human and animal bodies, just presented differently… We’re using the plant kingdom in ways that present it to the human sensory experience as animal protein,” Brown said.

Beyond Meat’s continued agreements with fast-food heavyweights such as Pizza Hut, KFC, Taco Bell, and McDonald’s were also discussed by Brown. “Our promise to them is that we will outcompete the other [brands] on the market… We will just bring you the best product,” Brown said. Brown also revealed that he was one of the first customers to sample a Beyond Burger when McDonald’s first tested it as part of the P.L.T. at select Toronto locations in 2019.

“I got in the car late at night and drove out there and sat down in the restaurant and I had it… I got that feeling of, you know, I really can’t believe this is happening and that was a blessing for me. A wonderful feeling,” he said.

Source: “WHY KEVIN HART’S FAVORITE BURGER TO GRILL IS VEGAN” by VegNews