Why Vegan Luxury Will Be the Biggest Sustainability Trend in 2022 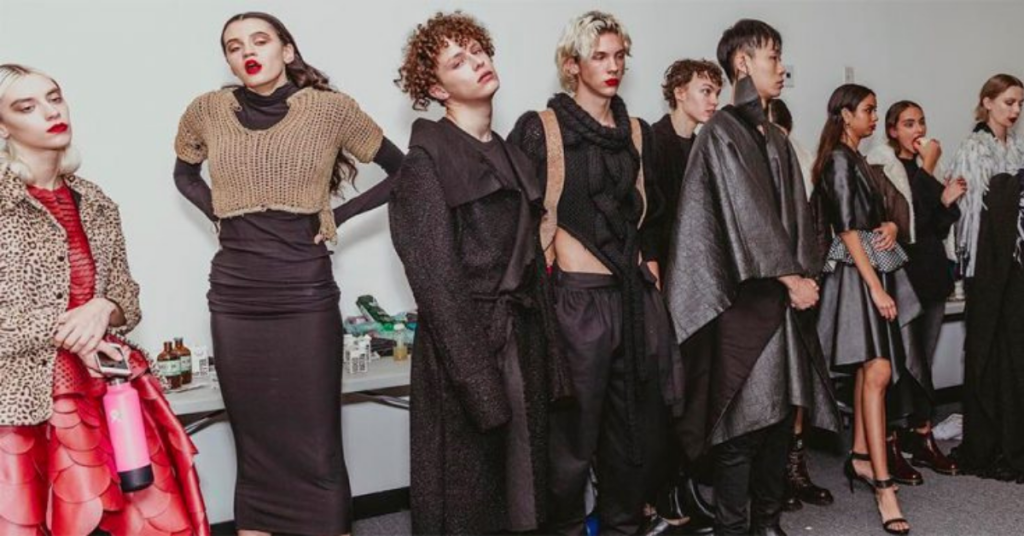 Bringing your own tote bags to the store didn’t seem like a revolutionary reaction to the heaps of flimsy supermarket plastic bags most of us still have hidden deep in the corners of our kitchens not all that long ago. It was a watershed moment in the sustainability debate, and we’ve gone a long way from the days of carrying your own bag (though presumably you’re still bringing them!).

Today, there are successes for the environment wherever we turn, from the electric cars we can now charge while shopping to the growing variety of plant-based alternatives on supermarket shelves in an effort to cut emissions-heavy meat, eggs, and dairy.

Climate change is real, and it is a huge concern, according to scientists and governments.

We just learnt that the Amazon rainforest, the world’s largest land-based carbon sink, has turned into a major carbon emitter.

Every year, we manufacture 300 million tons of plastic, with more than 10 million tons ending up in our seas, all while removing billions of fish from those waters, upsetting the ocean’s natural balance—consequences we hardly comprehend, let alone are prepared to address.

Forest fires, hurricanes, and tornadoes are more common than ever before. With each passing season, fresh water and nutritious soil become scarcer, and our poorest people bear the burden of our planet’s warming.

Innovators are working on methods to reduce our effect in practically every aspect of our lives, from transportation to food to medicine, and everything in between. These are all positive things. Is it, however, too little, too late?

I can’t help but wonder if my descendants will be more astonished by the atrocities our world faces, or by the geniuses who refused to give up the struggle to solve it all, when they look back on this period. All of this, I suppose, is contingent on how our future unfolds. It’s still anyone’s guess at this stage.

I’m an eternal optimist, therefore it’s the answers that I’m hoping will stick. We’ll only be able to tackle the climate disaster if we come up with fresh ways to look at our challenges. The greatest of them do far more: they have the ability to improve our entire quality of life.

Vegan burgers, even the greasiest of the lot, are healthier for our hearts than beef, lowering the risk of heart disease, which is the number one killer in the West. Electric cars do not contribute to the 10 million deaths caused by pollution each year.

While it may appear to be an all-encompassing concern, climate change has a gap that must be addressed if we are to confront this catastrophe head-on.

A new research for the World Inequality Lab conducted by Nobel Laureate economists came to a stunning conclusion. It found “emissions inequalities,” with the world’s wealthiest 10 percent accounting for half of all global emissions. The poorest half, on the other hand, accounts for only 12% of total emissions.

“There is a fundamental problem in contemporary discussion of climate policy: It rarely acknowledges inequality,” Lucas Chancel, the study’s lead author, stated in The Guardian.

Luxury brands, which have long been associated with indulgence and decadence, are more conscious than ever of their role in the problem, and many are working harder than ever to emphasize transitions toward more sustainable and fair practices. This is a critical first step, especially given the size of the luxury sector, which is estimated to be worth more than $3 trillion spanning across fashion, cosmetics, automotive, travel, and jewelry—not to mention food, drink, and wellness.

Change is moving quickly in the automobile industry, which is one of the worst polluters, owing in part to laws and limits on combustion engines. But one of the most significant changes in the EV industry is premium companies’ embracing of vegan leather, not the engine or the range of charge. While it may appear to be a minor aspect of the automobile emphasis, it has a significant influence. Cattle are one of the primary generators of methane, a more harmful greenhouse gas than carbon, and they also place a significant pressure on resources such as land, fresh water, and cereals.

Tesla has been at the forefront of the vegan leather movement, but BMW and Volvo have also adopted the material to promote their environmental goals. Given that animal leather has traditionally been regarded as the pinnacle of luxury automobile interiors, this is a significant step forward, with more to come as some of the industry’s greatest brands, such as Rolls Royce and Bentley, prepare for major EV launches in the near future.

The same can be true for fashion, where for decades, runways and department store windows have shown aspirational products such as leather, wool, and fur. But that, too, is changing dramatically. Fur’s popularity has waned to the point that big merchants and even fashion publications have stopped carrying it. Even PETA, the animal rights organization, has abandoned one of its most popular ads, “I’d Rather Go Naked Than Wear Fur.”

Fur has been replaced with eco-friendly fake choices that look and feel as luxurious as actual fur but without the cruelty.

Leather is undergoing a similar transformation. Leather is most commonly associated with cows, although it may also originate from dogs, goats, and kangaroos, among other creatures. Vegan leather is already popular among premium brands like Stella McCartney, Karl Lagerfeld, and Hermès, and it will undoubtedly be the most popular trend in luxury fashion in 2022.

Tommy Hilfiger and Calvin Klein announced their cooperation with vegan mushroom leather company Ecovative earlier this month, indicating that a multitude of vegan leather choices might be available in 2022.

Gucci, owned by Kering, and Louis Vuitton, owned by LVMH, have both adopted vegan leather, using sustainable, recycled, or bio-based materials instead of animal hides.

To assist clients understand all of Louis Vuitton’s environmental activities, the brand established its own sustainability label, designed by the late Virgil Abloh.

Luxury Burberry, the British fashion business, has been awarded the top place on the Dow Jones Sustainability Index for its initiatives.

Prada, an Italian luxury fashion business, has long promoted Econyl, a recycled nylon material that it substitutes for leather.

Even while growing demand has brought down costs in recent years, this transition is also occurring in wool and cashmere. Consumers are looking for materials that don’t harm animals or the environment as much as wool or cashmere. (Read more about why cashmere is such a concern here.)

Despite the fact that our food system has undergone some significant changes in recent years, the largest trend is no longer another veggie burger or nugget appearing at your favorite drive-thrus. It isn’t even oat milk, despite its widespread availability in coffee shops.

Top restaurants throughout the world are adapting, including Eleven Madison in New York City, Jean Georges in Los Angeles, and Geranium in Copenhagen, to name a few. Gordon Ramsay, the anti-vegan, has enthusiastically embraced vegetables.

While meat isn’t totally off the menu at most fine dining restaurants, it’s being overshadowed by these Michelin-starred chefs’ creative vegetarian stylings. Luxury dining is forsaking foie gras and caviar in favor of cuisine that is healthier, more sustainable, and ethical, from foraged chanterelles to legumes, greens, and whole grains.

The wine and alcohol sectors are also becoming more environmentally conscious. Cameron Diaz’s Avaline wine is made entirely of organic ingredients. The Macallan, the world’s most famous whisky, has just released its first bio box, produced from cacao pods left over from the chocolate business. Kendall Jenner’s 818 tequila is based on a sustainability philosophy that aids in the preservation of Mexican agave and the Mezcaleros that cultivate it.

Luxury beauty is likewise undergoing a significant and long-overdue transformation. Plant-forward vegan foods that aren’t tested on animals are becoming the new standard, thanks to a trend toward the clean but clinical.

By 2030, L’Oréal claims that 95 percent of its premium cosmetics will be supplied responsibly. Kim Kardashian’s KKW Beauty products were recently taken down in order to be reformulated with better, cleaner, and more sustainable components.

Vegan brand Milk Makeup is helping to set the way ahead for clean, green, and ethical beauty products with the recent launch of a new sustainable beauty SPAC. More is undoubtedly on the way.

Ethics of a New World

The luxury business is adopting ethics in huge ways, and it’s merely the beginning of a trend. Billie Eilish, a vegan musician, made headlines in September when she wowed in an Oscar de la Renta tulle gown at the Met Gala, which she wore on the condition that the company abandon all fur forever.

Cartier has teamed with Kering on the first formal sustainability initiatives for the watch and jewelry sectors, which will increase the luxury jewelry industry’s emissions-cutting efforts and transparency.

De Beers, the world’s largest diamond company, teamed together with National Geographic to help safeguard the Okavango Basin, one of Africa’s most important natural resources. Its rivers are vital because they provide freshwater to a million people and millions of animals, many of which are endangered.

One of the most interesting aspects of this is that, despite a history of emphasizing animal products and grandeur, the luxury market has always prioritized quality and workmanship.

Most luxury firms have a similar genesis story: a tiny dress, suit, or luggage company, or even an automotive company, persuaded there was a better way to do things. Sustainability has long been a built-in feature, driven by quality and craftsmanship.

That message got buried in the flurry of status updates and photos somewhere along the road. But, as many of us attempt to live as sustainably as possible, the original slow ethos—whether in food, beauty, or fashion—is making a comeback.

And it could just be enough to stave off the impending climate disaster.

The next year appears to be bright, with luxury and elegance not being the sole indicators of excellence. It turns out that ethics and responsibilities are equally vital.

Source: “Why 2022’s Biggest Sustainability Trend Is Going to Be Vegan Luxury” by Plant Based News