The Yulin Dog Meat Festival Must Come To An End 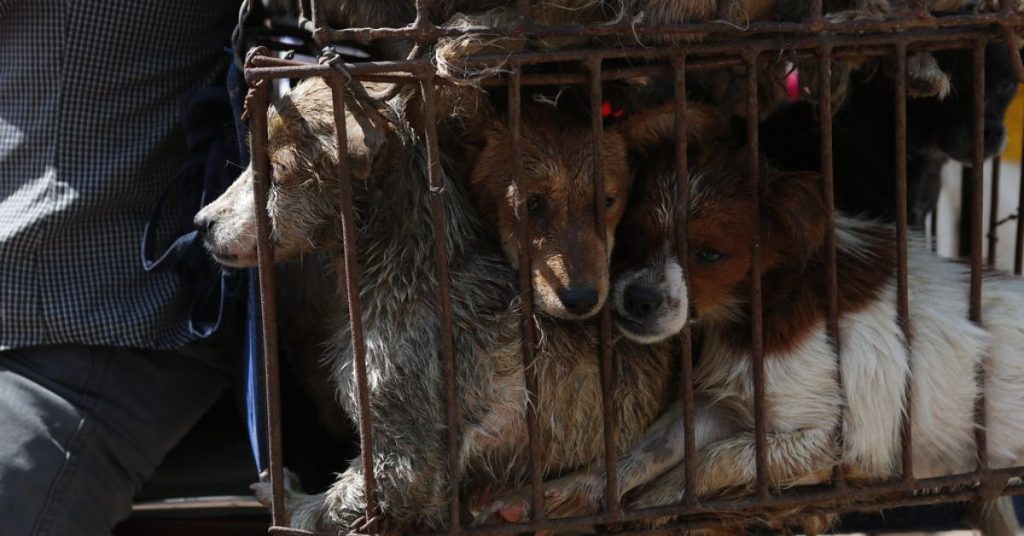 The Yulin Dog Meat Festival was founded in 2010 by Yulin meat sellers in response to a drop in sales. They marketed it as a local custom as well as a business opportunity to enhance sales and maybe bring tourists to the region. However, their favorable promotion backfired, since the event annually produces a great outcry and draws bad news from all over the world, which is well justified.

Every year, meat traffickers kidnap dogs from China’s streets and kidnap them from their loving homes, while others breed dogs for meat farms.

These unfortunate animals are subjected to some of the most heinous treatment conceivable, and it begins even before the event begins. Those kidnapped from mainland China are forced to travel thousands of kilometers in metal wired cages without food or water. Many do not survive the arduous voyage, dying of heatstroke, thirst, or disease along the route, yet some consider themselves fortunate. Cages are hurled on and off vehicles, and any unfortunate creatures that survive are bludgeoned to death, stabbed, hanged, or electrocuted in front of other scared animals in the slaughterhouse.

Prior to the start of this event, dog meat consumption in China was declining, with fewer than 20% of the population eating it on a regular basis. Originally, up to 15,000 animals were murdered over the Yulin festival days, but due to worldwide peer pressure, this number has been decreased to roughly 3,000, which is still much too many.

When is the Yulin Dog Meat Festival held?

Every year, from the 21st to the 30th of June, the celebration takes place during the Summer Solstice. Now that the tragedy of the 2021 festival has passed, it’s time to band together to prevent dogs and cats from suffering the same unspeakable brutality in 2022.

The time is now

There are several ways you may assist in putting an end to this heinous celebration.

Raise public awareness. Sharing this article and raising awareness about this heinous event will put more pressure on authorities to shut it down. It will also aid in the reduction of demand for dog and cat meat, lowering the number of dogs and cats sold during the festival.

Sign the petition from Humane Society International. Putting pressure on officials and expressing your displeasure with the event has paid off; they have withdrawn their permit and declared the festival to be over. However, the event is still being conducted by meat vendors. Demonstrate your support to persuade authorities to intervene more and put an end to the brutality.

Sign a petition to put a stop to the Asian traffic in dog and cat meat. By prohibiting dog and cat meat, the cities of Shenzhen and Zhuhai have hoped to set a precedent, and the National Government’s proclamation that dogs are now regarded as friends rather than livestock gives a strong incentive for other cities to follow suit.

How can Humane Society International assist you?

68 dogs were rescued this year after being apprehended by Chinese activists; the animals were then transported for veterinary care before being transferred to a Humane Society International-supported sanctuary (HSI). HSI plays a critical role in assisting animal protection groups and shelters across China in their attempts to raise awareness, provide public education, and provide hands-on rescue.