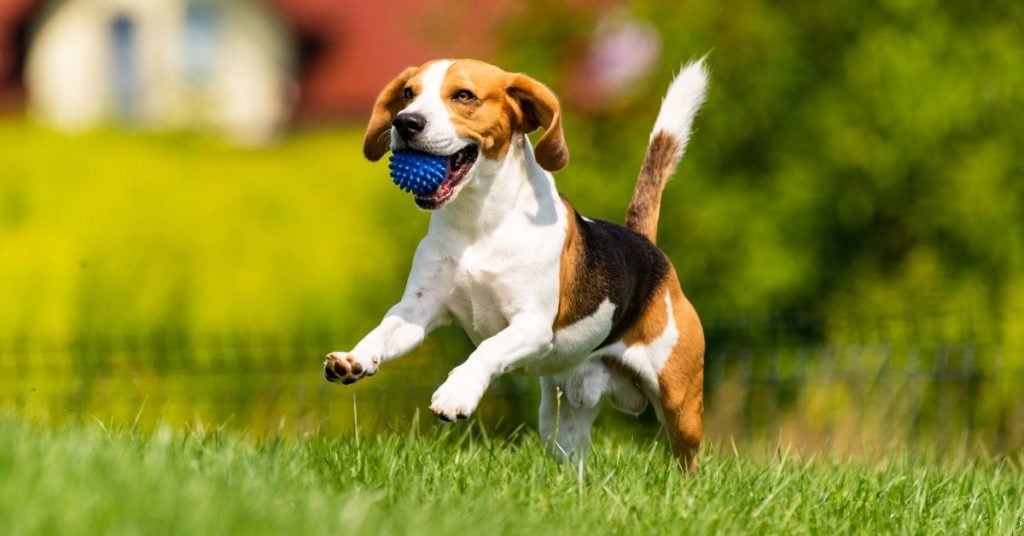 According to the largest study to date, vegan diets are healthier and safer for dogs than traditional meat-based diets, as long as they are nutritionally sufficient.

Over 2,500 dogs’ diets and health were tracked for a year using surveys submitted by their owners. These looked at seven general health markers, such as repeated vet visits and 22 common ailments.

According to the researchers, over half of dogs on traditional meat-based diets required non-routine medicine, but only a third of dogs fed vegan diets did. In a second research published in 2021, it was shown that dogs found vegan diets to be just as appetizing as traditional dog chow.

Some of the dogs in the study were provided raw meat meals, which resulted in their being somewhat healthier than the vegan canines. This might, however, be due to the fact that they were on average a year younger.

In recent years, the negative effects of western countries’ excessive meat consumption on the environment and people’s health have been obvious, as have growing worries about how farm animals are handled.

There are around 470 million pet dogs in the globe, and a rising number of pet owners are contemplating dietary changes for their animals. Vegan pet food was worth $9 billion (£6.9 billion) in 2020, and the industry is rapidly expanding.

Prof Andrew Knight, of the University of Winchester in the United Kingdom, who conducted the study, said, “Our study is by far the largest study published to date… It revealed that the healthiest and least hazardous dietary choices for dogs are nutritionally sound vegan diets.”

“The raw meat diet appeared to have marginally better health outcomes,” he said. “But those dogs were significantly younger, which gives them a health advantage. A substantial body of prior studies have also shown that raw meat diets are much more contaminated with pathogenic bacteria and parasites.”

The study, which was published in the journal Plos One, looked at 2,536 dog owners’ responses to a single animal survey. Just over half of the animals were fed a traditional meat-based diet, a third were fed raw meat, and 13% were provided a vegan diet.

Although survey-based research cannot identify the causes behind their findings, Knight noted that weight issues might be a significant factor: “One of the most common health issues for dogs is obesity, and when we conduct testing on commercial meat-based diets, we frequently find that there are more calories.”

“We also know the health hazards associated with overconsumption of meat and dairy for people and it’s often the same ingredients,” he added, noting that pet food in some countries might contain meat considered unfit for human consumption.

To confirm the findings, more study is required. “The key limitation of our study is that we didn’t have a population of animals locked up in a research facility and fed one specific diet without any alteration… We studied what real dogs in normal homes ate and their health outcomes. It gives us a good indication as to what the outcomes are for dogs in the real world,” Knight said.

“There is a lot of ongoing research in the field of vegan dog diets and this paper adds to the body of evidence supporting its benefits. However, there is currently a lack of robust data mapping the health consequences of feeding a vegan diet to a large number of dogs over many years, so we look forward to seeing further research on whether this can meet a dog’s dietary requirements over the long term,” said Justine Shotton, president of the British Veterinary Association.

“Although we would not recommend it, it is theoretically possible to feed a dog a vegetarian diet, but owners would need to take expert veterinary advice to avoid dietary deficiencies and associated disease,” she said.

The majority of the survey respondents were from the United Kingdom and other European nations, and more than 90% of them were women, according to Knight, although this is unlikely to have resulted in systematic bias. Knight, who eats a vegan diet but does not own a dog, designed and conducted the peer-reviewed study, which was supported by the ProVeg charity.

Source: “Vegan diets are healthier and safer for dogs, study suggests” by The Guardian