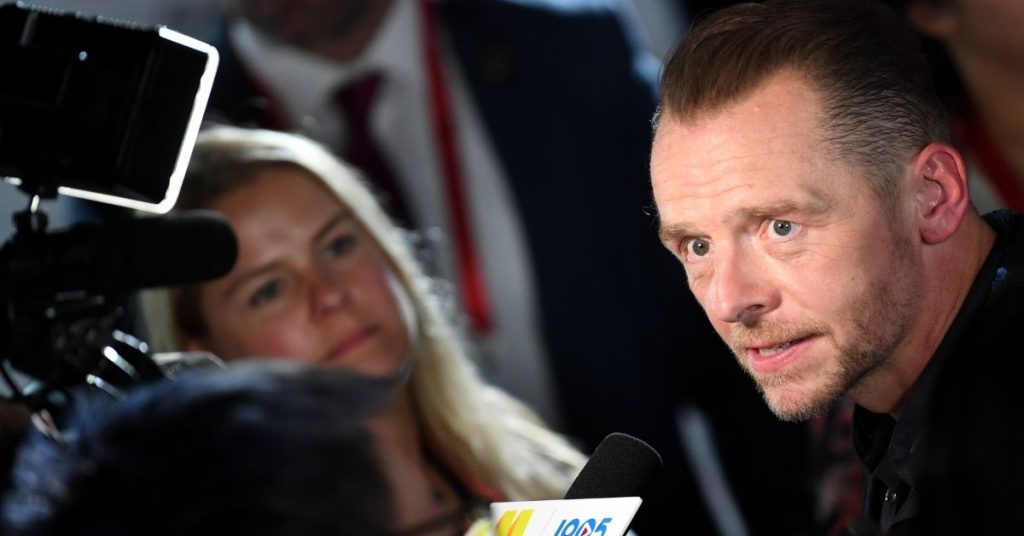 Actor Simon Pegg and musician Alesha Dixon are attempting to persuade the Ministry of Defence (MoD) to remove fur from the Queen’s Guards hats.

Bearskin ceremonial hats are worn by soldiers stationed outside Buckingham Palace. However, Pegg claims that purchasing real fur headgear is superfluous when imitation ones are available.

The actor is working with the animal rights organization People for the Ethical Treatment of Animals (PETA) to end the use of bearskin hats for good.

“It’s a disgrace that soldiers in the Queen’s Guard are still parading around with the fur of bears – who were gunned down in Canada – on their heads. The caps serve no military purpose and each one costs at least one bear their life,” Pegg stated.

“The ceremonial bearskins could easily be replaced with faux fur, retaining the traditional look but eliminating the cruelty… It’s time for the Ministry of Defence to drop the petty excuses and make the switch. It’s what the British public wants and what bears need,” he added.

Dixon and PETA collaborated on a federal petition on the issue. It claims that the Ministry of Defense has “no excuse” for funding the murder of bears for soldiers’ hats.

More than 50,000 people have signed the petition so far.

The Ministry of Defense has reacted to requests for the Queen’s Guard to wear different headgear. The furs used to produce the hats are said to be the result of a “licensed cull by Canadian authorities,” according to the company.

PETA, on the other hand, claims that this is not the case. It says it questioned the MoD’s statement and received the following response: “[T]he MOD receives the final product from our contracted suppliers and is not involved with the licensed cull sanctioned by the Canadian government.”

Those who would want to sign the petition can do so here.