Ocean Will Be Extinct If Emissions Continue To Rise 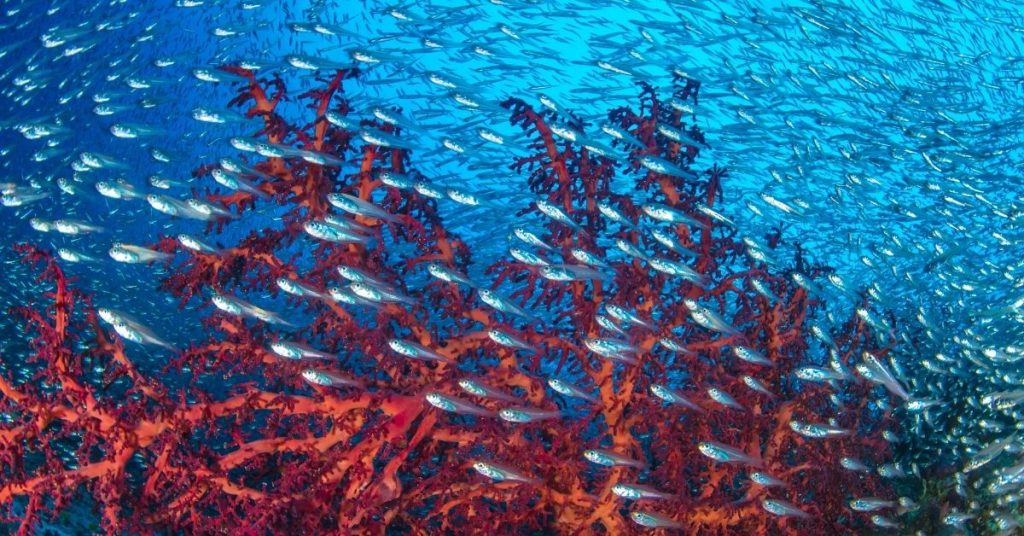 If mankind does not reduce greenhouse gas emissions, marine species might die out at a rate comparable to the worst mass extinctions in geologic history.

That’s the conclusion from a research published Thursday in the journal Science, which revealed that if humans don’t act now, many ocean animals may encounter temperatures that are too hot and lack oxygen to exist. The findings reveal that as the world warms, fewer species are likely to survive.

The new study compares what scientists have learned about the “Great Dying” 252 million years ago, when more than two-thirds of all marine life in the Permian Period died out, as well as other past extinctions, to today’s climatic forecasts. The findings were alarming in a high-emissions scenario.

“If we don’t act to curb emissions, that extinction is quite high. It registers on the geological scale among the major biotic collapses of diversity in the Earth’s history,” said Curtis Deutsch, an author of the paper and a professor of geosciences at Princeton University.

According to the new models, if emissions continue to rise, Earth might reach Permian levels of marine extinction by 2300. According to the study, as temperatures increase, species richness near the tropics would drop, with some creatures relocating to higher latitudes. The report adds that polar species are particularly at danger because their habitat is becoming a “disappearing climate niche.”

That destiny, though, is far from certain. According to the research, marine species would fare significantly better if emissions stayed close to the limits agreed by global leaders in the 2015 Paris Agreement.

According to Justin Penn, a postdoctoral researcher at Princeton who co-authored the report, “extinctions are largely avoided” under that scenario.

Nonetheless, the study serves as a warning that the rate of change on Earth now may be equivalent to some of history’s most severe occurrences.

“In the next few decades, we’re determining if we’re really going to go deep into a mass extinction again — because of us, because of what we’re doing… It’s hard to wrap our heads around the importance of what we choose to do as a species in the coming decades,”  said Eric Galbraith, a professor at McGill University studying human and Earth system dynamics.

The Great Dying was caused by rapid global warming and a depletion of oxygen in the water, according to previous research by the team behind the latest study. The findings of their model mirrored trends seen in Permian fossil records, lending it legitimacy.

The discovery that severe climate change was the probable cause “was a real eureka moment,” according to Deutsch.

Prior to the extinction, there was only one continent, Pangea, and the Permian seas were teeming with marine life. Scientists believe ancient creatures shared characteristics like metabolism and oxygen requirements with modern mammals.

Surface temperatures in the tropics surged by around 10 degrees Celsius during this time, causing many marine species to go extinct, according to previous studies of fossilized teeth. The researchers hypothesized that volcanic eruptions were to blame for the alterations, so they created a model to simulate those circumstances.

Many species were found to have been pushed beyond their physiological boundaries, according to the findings.

Animals need more oxygen to conduct biological activities such as breathing when the temperature warms up. Warmer water, on the other hand, has less dissolved oxygen, making it more difficult for organisms to live.

“Imagine facing inflation while your hours are also being cut or your salary is going down… The ocean is giving less oxygen to organisms in spite of the fact they have this inflationary need,” Deutsch said.

“How much of the same phenomenon would manifest” in Earth’s future, Deutsch and his colleagues wondered in their newest study.

They discovered significant changes depending on how much warming occurs. Extinctions in the model grow at a linear rate as temperatures rise, according to Deutsch.

“There’s a strong sentiment out there, probably among some of your readers and viewers: ‘It’s too late or the window is closed… That’s not what our results show,” he said.

In comparison to preindustrial periods, global average surface temperatures are on track to rise by 3.2 degrees Celsius (5.8 degrees Fahrenheit) by the end of the century. However, the report concluded that reducing global warming to 2 degrees Celsius — a target agreed upon in the Paris Agreement — would reduce the severity of extinctions by more than 70%.

“There’s still time to conserve the diversity that evolution has gradually built up in the ocean,” Deutsch said.

However, if emissions continue to rise, governments disagree on climate targets, and global temperatures rise by almost 5 degrees Celsius by the end of the century, marine biodiversity would begin to decline at rates similar to those seen during earlier mass extinctions.

The study, according to Galbraith, relied on “mature” models, with findings based on “reliable” mathematics.

“I hope this is a fairy tale — these terrible impacts on the marine ecosystem… It’s just a question of building new infrastructure that gets us off fossil fuel infrastructure. We should be able to do that in the next couple decades,” he said.

Galbraith went on to say that the survival of ocean life is also contingent on tackling other forms of destructive human activity, such as overfishing or pollution, which might have cascade impacts when combined with climate change.

He said, “This is really just looking at one dimension of pressure.”