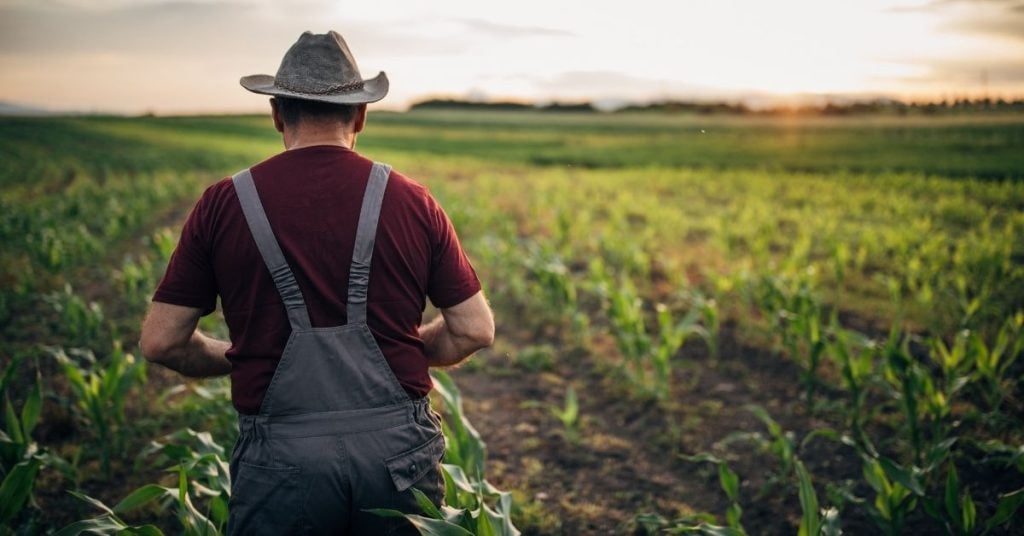 The meat processing business in the United States alone employs about half a million people, making it the most populous manufacturing industry in the country. Farmers all across the world have begun transitioning from raising cattle to cultivating crops to fulfill the growing demand for plant-based milk and meat replacements derived from peas and other plant ingredients.

Farmers are shifting away from animal agriculture in favor of cultivating oats, peas, soybeans, and other crops that will be required to sustain this consumer demand, according to plant-based meat companies like Impossible Foods and Beyond Meat. Impossible CEO Pat Brown wants to help stop animal agriculture by 2035, thanks to advances in food technology. And consumer behavior reflects this sentiment.

By 2025, the global market for plant-based meat, non dairy milks and cheeses, and other popular vegan products is expected to reach $22 billion, undercutting the major meat and dairy sectors. According to other sources, the rise in popularity of plant-based milk could be linked to a decrease in cow’s milk consumption. The BBC ran an article on meat and dairy producers that have made the decision to switch to plant-based agriculture for environmental, animal welfare, and health reasons.

Laurence Candy, an ex-dairy farmer who lost his herd to bovine disease, was featured in a BBC article. He claimed that he did not want to be a part of the sweeping mortality caused by these conditions, so he left his livestock behind.

“It made me wonder if we can justify the industrial slaughter of sentient beings… As a society, we have to question this,” Candy said.

Candy is transforming his agricultural operations to produce completely plant-based goods with the aid of the Scottish organization Farmers For Stock-Free Farming (FFSFF). Candy is now producing wheat, oat, barley, and broad beans using a “veganic production” method, which is a sustainable method that does not use manure. He’s also collaborating with the International Biocyclic Vegan Network to make these vegan practices a reality.

“It allows for two years to transition out of a livestock enterprise and establish suitable alternatives… This approach enables the farmer to have a suitable timescale to develop their business plans, without a financial impact. I’m trying to add value. There are currently very few farmers growing veganically, but obviously, veganism is a growing trend in his country,” he said.

Candy isn’t alone, but these vegan farmers have gotten a lot of positive feedback. When Canadian farmer Mark Lanigan switched to vegan farming practices, his neighbors stopped talking to him, according to the BBC. He now runs an animal refuge instead, growing radishes, cabbages, and beets, and noting that the switch was quick and motivated by animal care.

This development is unsurprising, given that nearly half of British consumers have begun to reduce their meat intake. Sustainable food options are becoming more popular among consumers. When it comes to supermarket shopping, about 55% of people think about sustainability.

“The farming sector, especially the dairy industry, is struggling to meet the labor requirements at the moment, and with the meat sector’s aging agricultural population, the crop sector is generally less intensive… They’re [also] being driven to reduce greenhouse gas emissions. It’s difficult for the livestock sector as they’re burping and farting methane… it might make people think of moving to a simpler system and a plant-based system, where they’ve got more control of emissions,” Cannon said on BBC.

Miyoko’s Creamery, the famed vegan dairy firm founded by Miyoko Schinner, has launched a farmer toolkit through its Dairy Farm Transition Program in the United States. Miyoko’s is partnering with Mercy for Animals (MFA) and Animal Outlook (AO) to give information to help dairy producers maintain their farms while also protecting the environment. The program will assist farmers in weaning themselves off of animal husbandry.

Plant-based techniques are becoming increasingly popular around the world. Compassion in World Farming delivered a petition to world leaders in May encouraging them to end animal farming and move to plant-based agriculture. On May 5, Argentina, Brazil, Australia, Canada, China, the European Union, Japan, South Africa, South Korea, New Zealand, the United Kingdom, and the United States received the petition.

With meat production accounting for 57% of the food industry’s lethal greenhouse gas emissions, international leaders are under increasing pressure to pass legislation to safeguard the environment. According to the petition, 86 billion animals are farmed every day, and switching to a plant-based agriculture business will alleviate tremendous stresses on farmers, the environment, and consumer health.

Source: “More Meat Farmers Are Switching From Cows To Plant-Based Agriculture” by The Beet