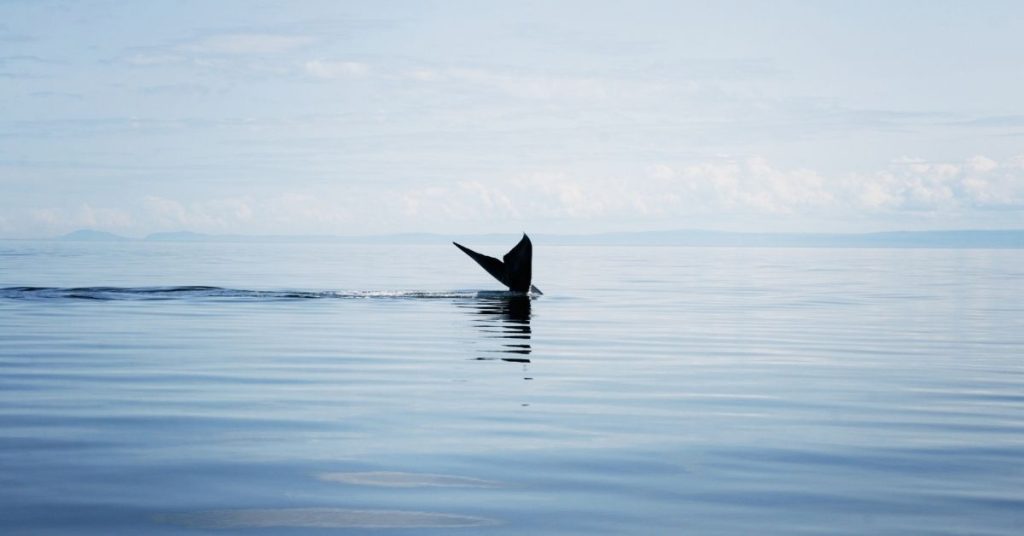 A guide on board a tiny whale-watching boat navigating the turbulent seas of Faxaflói Bay, off Iceland’s south-west coast, warns visitors against eating whale flesh. “We have a campaign here against whaling… It’s better to meet them in person than to eat them,” said Estelle, who was pointing out whales and dolphins from the boat.

Iceland, one of the few nations in the world that commercially hunts whales, said in February that the practice will be phased out by 2024, but it has not yet been outright prohibited.

The decision was driven by a drop in whale meat demand, particularly after Japan began commercial whaling in 2019. Svands Svavarsdóttir, the country’s fisheries minister, commented in the daily Morgunblai, “There is little proof that there is any economic advantage to this activity.”  However, analysts point to a 15-year campaign led mostly by Icelanders and local whale-watching companies.

Whaling has been practiced in Iceland since the early 1600s, but it wasn’t until the 19th century that steamships and explosive harpoons made it possible for US and European firms to hunt the creatures on a wide scale.

Under the worldwide embargo on commercial hunts, Iceland ceased commercial whaling in 1985 and research whaling four years later. However, in 2006, commercial whaling was restarted. Annual limits now allow for the slaughter of 209 fin whales in Iceland and the shipment of 217 minke whales to Japan.

An alliance of local whale-watching companies, coordinated by the non-profits International Fund for Animal Welfare (IFAW) and IceWhale, has been fighting to put a stop to the practice since it resurfaced. With the motto “meet us, don’t eat us,” their campaign intended to reverse the trend on whale hunting in Iceland.

According to Arni Finnsson, chair of the Iceland Nature Conservation Association, who worked on the campaign, whale is not regarded as a delicacy among Icelanders, despite what many visitors assume. According to the IFAW, just 2% of Icelanders consume it on a regular basis.

The country’s nearly 2 million yearly tourists, many of whom believe the minke whale is an Icelandic specialty, have been the greatest minke whale eaters. “We had tourists who would see whales and then ask where they could go and eat them,” said Megan Whittaker, the head naturalist at Elding, a whale-watching company.

IFAW and IceWhale devised a strategy to bring the practice to a halt. IWAF started one of the country’s most successful petitions in 2009, urging people to sign a declaration that they would not eat whale meat. The petition now has about 175,000 signatures.

Since 2011, the movement has sent volunteers into restaurants to persuade them to cease serving the animal, and more than 60 restaurants have been designated as “whale friendly.” According to IFAW, which conducts regular tourist surveys, the campaign reduced whale meat consumption by three-quarters among Icelandic visitors.

According to Belén Garca Ovide, founder of Ocean Missions, an Icelandic non-profit not engaged in the campaign, “Meet us, don’t eat us” has had a huge effect on the government’s stance on whaling. “Politicians have realized that a living whale delivers greater economic advantages than a dead whale,” she explains.

Whale watching has grown in popularity in recent years. According to the Animal Fund, one out of every five visitors in Iceland goes whale watching, bringing in about $12 million (£9 million) every year.

The effort to abolish whaling was aided significantly by tour companies.  Gsli Lafsson, proprietor of Lakitours in Iceland’s Westfjords, adds. He claims that for decades, his tour guides have talked about whaling on every trip.

Whale hunters were also ejected from Faxaflói Bay, which was one of the primary hunting grounds. Whittaker explains, “We always saw the whaling boats,” Whittaker says. “We saw the [dead] whales being tied to the side of the boat and being dragged. And we told the tourists about it.”

The fisheries minister established an extended “no whaling zone” in 2017, sending hunters further out to sea, where there are fewer whales and the activity becomes commercially unviable.

Whale tourism is currently being researched by conservationists as a viable option. Whale-watching firms have agreed to abide by a code of conduct that includes not making loud noises, approaching animals slowly, and taking turns with other boats.

However, unlike in other whale-watching sites like as New Zealand and Canada, there is no legal necessity to obey this voluntary code. Politicians, according to Ovide, must change this.

By testing cortisol levels and observing behavior, scientists are attempting to determine if whales are agitated by tourist vessels. According to Tom Grove, co-founder of Whale Wise, the research, which was conducted in collaboration with Edinburgh University and the University of Iceland, might result in changes to the present code of conduct.

“I see whale watching as a fundamentally good thing… But it’s about making it the best it can be and as sustainable as possible,” Grove said.

Some people are still opposed to the whale-killing ban. Owner Kristján Loftsson of Hvalur, a family enterprise that has spearheaded the fin whale hunt for decades, told the Guardian that he intends to continue as long as it is lawful. For the first time in four years, he has announced that he would resume whaling for four months this summer, with up to 150 individuals anticipated to be employed as crew members on whaling ships.

In recent years, public support for whaling has declined. However, whale-killing vessels continue to float alongside whale-watching boats in Reykjavik port for the time being. As our little boat approaches shore, Estelle remarks, “You can see the whaling boats in front of ours.”  Tourists dismount and proceed to wander through their tall sails in quest of “whale friendly” restaurants.

Source: “‘Meet us, don’t eat us’: Iceland turns from whale eaters to whale watchers” by The Guardian