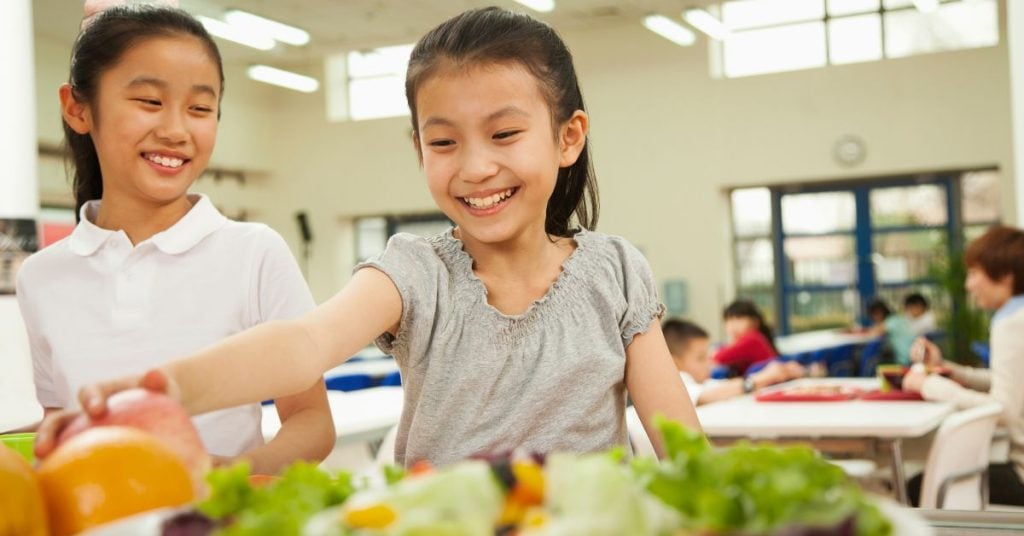 The Lady of Sion School in Worthing, a seaside town in West Sussex, England, became the first UK school with a 100 percent vegan kitchen in January 2022. It has proven to be a huge success five months later. Vegan meals are the most inclusive meals since they can be eaten by vegetarians and individuals of any religion. There is no discrimination at this school because everyone has the same food alternatives (unlike most schools where meat-eating pupils have more food choices).

The school collaborated with a dietitian to ensure that the meals were healthy. Plant Based School Kitchens, a branch of the local vegan café The Vegan Street Food Co., teamed with the school. They made certain that no allergens were present throughout the meal preparation.

“Kids often can’t quite believe that it’s vegan, and parents are now saying it’s given them an opportunity to try things in the week because they were not sure how to manage it at home as well,” said Headteacher Steven Jeffery to iNews.

“We’ve had no negatives — and I was expecting to have to fight—– but it’s been really positive… We’re very much multicultural, we’ve got Muslims, Jews, Hindus as well as Christian and non-religious [pupils], so it’s quite nice to have a menu that anyone can eat, and they’re not excluded because of religious beliefs as well, so that also was seen as positive,” he added.  Pupils can still bring anything they want for lunch, but the school’s catering is now all plant-based, with delicacies including black bean and quinoa meatballs in barbecue sauce, vegetable fajitas with Mexican rice, and meatless feast pizza on the menu. Vegan families have also relocated into the region as a result of their school, according to the headteacher. Schools in other parts of the world (particularly the Ikastola school in Oiartzun, Gipuzkoa, Basque Country, which is “threatening” vegan students with expulsion for requesting vegan options) should learn from this experience.

vKind is the U.S.’s largest fully-vegan search platform and listing app. Give our search tool a whirl and find any vegan product, service, or experience you desire