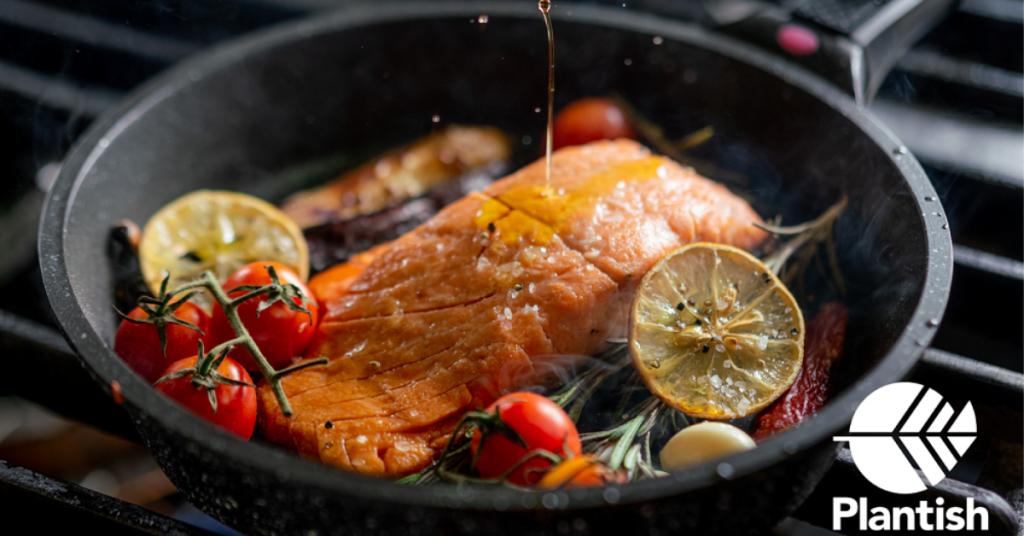 The vegan and vegetarian culinary sector, which was previously a niche, is now thriving. The days when a meatless steak was an oxymoron are long gone. Everything from dairy-free ice cream to juicy plant-based burgers is now available to customers. Plantish, an Israeli start-up, has recently added vegan whole-cut salmon fillets to the list.

Plantish has accomplished a lot for a firm that is just six months old. TechAviv Founder Partners, a venture fund backed by some of the industry’s biggest names, has already invested $2 million in the food tech startup. There are 33 unicorn creators and angel investors on the list, including Michelin-starred chef José Andrés and YouTuber Nuseir Yassin (aka Nas Daily), who has 20 million Facebook fans.

Plantish will utilize the cash to further expand its flexible, patent-pending additive manufacturing technology, which is driven by an unshakable dedication to rejuvenating our seas.

This technology enables the business to develop realistic plant-based fish replacements at a low cost and on a big scale, making them more accessible to the foodservice, restaurant, and retail industries.

Plantish’s boneless salmon fillet is created with algal extracts and legume proteins. In terms of look, flavor, texture, and structure, it resembles traditional grilled salmon. It is the latter that has hampered the development of vegan seafood thus far. The firm, however, got through thanks to an experienced team at the helm, which included serial entrepreneurs, bioengineering and chemistry PhDs, and foodtech executives.

Given that the great majority of fish sold is whole-cut, the product’s structure is especially important (with estimations as high as 80 percent). Despite this, due to technical limitations, the alternative seafood market is flooded with minced plant-based fish solutions.

Plantish’s whole-cut fillet is abundant in protein, omega-3s, omega-6s, and B vitamins, and has the same nutritional value as animal-based salmon. Plantish’s version, unlike a lot of farmed or wild salmon, is devoid of mercury, antibiotics, hormones, microplastics, and other pollutants. Furthermore, the present prototype of the firm can be cooked in the same manner as its animal-based cousin.

Plantish’s quick expansion can be ascribed in part to the team’s common objective.

“We exist to save the oceans and eliminate the need to consume marine animals by providing more sustainable, more nutritious, and more delicious fish options,” said Ofek Ron, co-founder and CEO of Plantish.

“Our vision is to be the world’s leading seafood brand, all without hurting a single fish.”

Given that the worldwide seafood business is valued $586 billion, according to market research company IMARC Group, it’s a lofty goal. Salmon, in particular, accounts for $50 billion of this total.

However, there has never been a better moment to compete in this field. Over 90% of the world’s marine fish populations have already been depleted. With the world’s population predicted to reach almost 10 billion by 2050, it’s evident that the fishing industry as it exists now is unsustainable.

Last year, groundbreaking research found that bottom trawling, a method of catching large amounts of fish, emits as much carbon as the airline sector.

Meanwhile, seafood production has been accused for high levels of pollution, habitat destruction, and species extinction.

Plantish, a carbon-neutral enterprise, believes that “plants make the best fish” for this reason, among others.

“We are driven by the Plantish way,” the company says on its website, “all of us share the same vision and passion and know that only if we work together, we will change the world.”

By the end of the year, Plantish Salmon will be available in a limited number of pop-up venues. It will be officially launched in 2024. Visit Plantish’s website for additional details.