Why Denim Brands Are Becoming Vegan 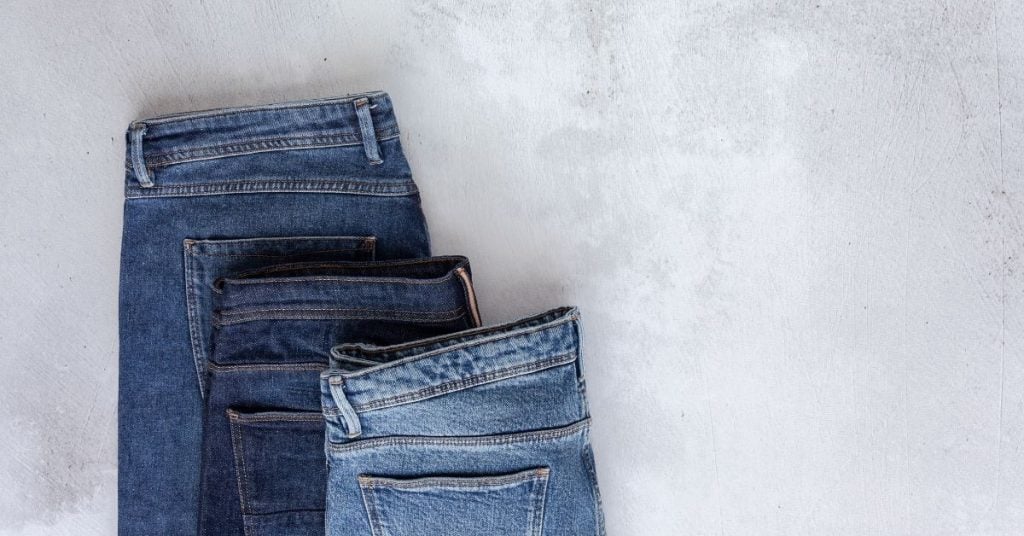 Fashion brands are bringing veganism out of the kitchen and into the closets of conscientious consumers with animal-free apparel and accessories, fueled by demand and an industry-wide need for more ethical manufacturing.

Though vegan fashion has been gaining traction since 2018—a year in which Helsinki Fashion Week banned leather and luxury houses like Gucci, Chanel, and Versace stopped using real fur in their collections—the category has recently exploded, owing in part to Covid-19, which has raised concerns about infectious diseases originating from animals. The epidemic, combined with a general shift toward healthier plant-based lifestyles, is prompting companies and consumers to rethink their fabric choices.

AG Jeans just debuted a capsule line of “buttery smooth and supple” vegan leather pants, shorts, and shackets for men and women that “rivals the softest lamb leather,” according to the brand. Each piece is hand finished at a renowned leather factory, using the same traditional seam sealing processes as used on real leather clothing and meticulously replicating real seam placements for a realistic look and feel. Soft-touch matte rubberized hardware made from recycled materials completes the look.

Vegan lifestyles are becoming more common as a result of initiatives like Veganuary. Throughout the year, the non-profit organization located in the United Kingdom encourages individuals and businesses to switch to plant-based goods in order to conserve the environment, minimize animal suffering, and improve people’s health. Veganuary, which takes place every January, tries to encourage new behaviors for the coming year by encouraging individuals to sign up for a month-long “go vegan” challenge.

More than 580,000 people signed the pledge during the 2021 campaign, bringing the total number of people who have completed it to over one million since 2014. According to Veganuary, one million people becoming vegan for 31 days saved 3.4 million animals’ lives, 1.6 million gallons of water, and more than 103,000 metric tons of CO2EQ from contributing to the planet’s global warming issue.

Vegan apparel is unquestionably more fashionable. According to Edited, a retail industry intelligence platform, there was a 75 percent year-over-year growth in “vegan” products stocked in the United States and the United Kingdom by the end of January 2021 compared to 2018. The majority of these items are accessories and footwear, as well-known brands such as Adidas, Allbirds, and Stella McCartney continue to develop in this field with plant leather, repurposed marine plastic debris, and 3D-printed materials.

Though the denim industry has been proactive in developing alternatives for water-intensive crops and chemical-powered washing procedures, every component of a pair of jeans, down to the three-inch by two-inch leather back patch, is being studied as it continues its sustainable path.

Cow leather ranks first among materials with the biggest upstream loads, according to the Higg Materials Sustainability Index, a cradle-to-gate material assessment tool developed by the Sustainable Apparel Coalition. Moreover, while being a byproduct of the food business, the substance is linked to fashion’s history of animal cruelty.

People for the Ethical Treatment of Animals (PETA) targeted Levi’s in 2019, requesting that the denim giant switch to more ethical options that are also less hazardous to people, animals, and the environment. Despite the fact that some of the brand’s patches are produced from FSC-certified Jacron paper, PETA purchased the minimum number of shares required to propose shareholder resolutions and acquire speaking rights at annual meetings when the company was first publicly traded.

At the time, Levi’s reacted by stating that leather makes up “a small fraction” of the raw materials it utilizes. “Nevertheless, Levi Strauss & Co. strives to source all materials responsibly… Our goal is to ensure that wherever materials derived from animals are used in our products, their health and welfare are protected, in line with international animal welfare standards,” stated a Levi’s spokesperson.

In 2020, the animal-rights organization reignited the debate by collecting over 125,000 signatures for a petition urging Levi’s to switch to vegan leather, this time focusing on the brand’s efforts to combat climate change by claiming that animal leather has at least three times the negative environmental impact of most vegan leather.

If the ethical and environmental benefits of veganism haven’t persuaded a denim company to reconsider their back patch, the significant sales impact could. According to Edited, the worldwide vegan fashion market is expected to reach $1.1 billion by 2027, and that’s just for women’s apparel.

Denim brands who understand the ideals of millennials and Gen Z are paying attention. Kings of Indigo, a Dutch denim label, is a PETA-approved vegan brand. American Eagle, Boyish, Closed, Mother, Uniqlo, and others are praised for utilizing non-leather patches or for omitting the branding part entirely.

Nudie Jeans has been using paper-based patches on newly made jeans since the fall of 2018. Though the brand isn’t entirely vegan—it does utilize other animal-based fibers in situations where it believes the fiber serves a purpose—it didn’t see the need for leather as a decorative detail. The Jacron patches Nudie employs are manufactured from recycled paper with a little quantity of acrylic polymer, which the firm notes is the least sustainable portion of the new patches but is required to provide the patch the resilience it needs to last the life of the jeans.

Cruelty-free and environmentally sustainable may not necessarily go together. “There is still the question of scaling sustainable alternatives to vegan products,”  Edited pointed out.

Other vegan alternatives are typically produced from synthetic materials such as petroleum-based polyurethane (PU) or polyvinyl chloride (PVC), which Greenpeace has called as the “single most environmentally damaging type of plastic.”

“Both pose serious environmental threats given that they are usually manufactured from fossil fuels and are not biodegradable… vegan does not necessarily mean natural,” said Elif Haslaman, general manager of Turkish trimmings producer DeriDesen Etiket.

Trims providers, on the other hand, are on the lookout for ethical vegan alternatives. DeriDesen Etiket offers vegan-friendly products such as pineapple leather, apple skin, cork, organic textiles, and stone paper (which is created from limestone rather than trees). Several options also feature industry-recognized certifications such as the Global Recycle Standard (GRS), Oeko-Tex, FSC, and the Global Organic Textile Standard (GOTS).

“Vegan trims are important to our clients… They know exactly what they want and what they don’t want, and this is extremely important and positive,” stated Gloria Crivellaro, Ribbontex export sales manager.

Along with vegan leather, the Italian trims producer offers hemp, organic cotton, recycled plastic bottles, and biodegradable materials as well as vegan leather. She went on to say that these alternatives are frequently superior to traditional leathers.

Vegan jeans are another result of denim’s ecological transformation, especially new lines that correspond with Ellen MacArthur’s Jean Redesign project, an industry-wide initiative to bring circular jeans to market. While the standards do not specifically include leather, they do call for easy disassembly of trims for recycling, which some participants, such as Blue of a Kind and H&M, are reacting to by not using patches on their circular jeans. Others, such as Tommy Jeans, use laser printing to create patches from sustainable denim for their Jean Redesign series.

Indeed, the number of sustainable material alternatives is growing with each passing season. Haslaman claims that 80 percent of DeriDesen’s output has been made from certified sustainable resources since 2020. The corporation has set a 95 percent objective for 2021. “Alternative sources for new materials are increasingly being sought and new manufacturing methods developed,” she said. “They are an important addition to improving the choice of sustainable materials.”

The denim industry’s commitment to sustainability was only strengthened by the pandemic. 2020, according to Crivellaro, will be a “watershed year” with one significant benefit: it will serve as a wake-up call for “a more sustainable, ethical, and ecological” approach to design and production, even down to the smallest details.

“I have been working in this industry for more than 15 years… I find the combination of denim and vegan surprisingly stimulating, so I really hope this will be key to getting off to a great restart,” Crivellaro stated.

Source: “How Denim Brands Are Going Vegan” by Yahoo Life