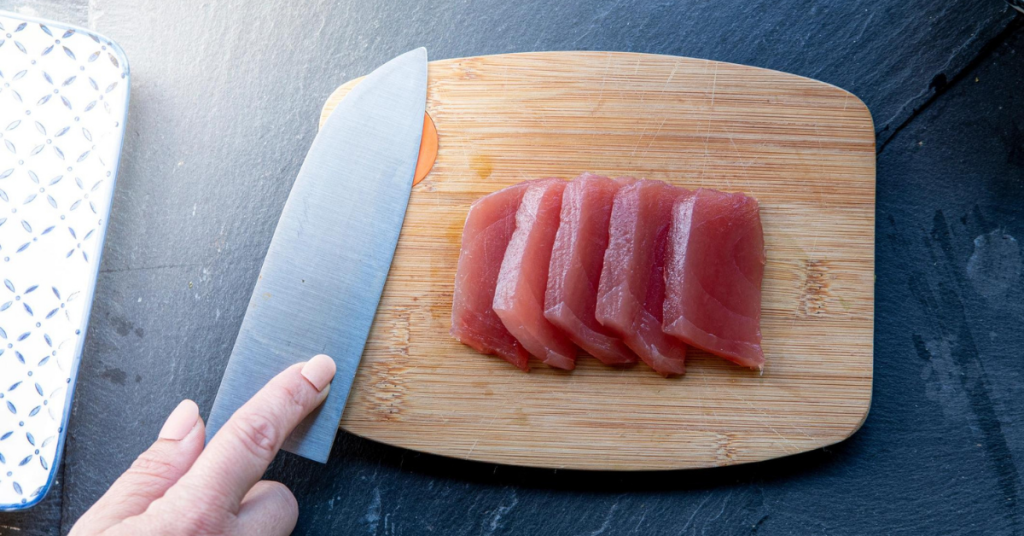 Kuleana, which is rebranding as Current Foods, is introducing a direct-to-consumer option for its genuine fish-free tuna and salmon, with shipment accessible across the United States. Consumers may sign up for early access to Current Foods’ online shop, which will debut next month, starting today. Kuleana Tuna, the brand’s signature product, will be available online, as well as a new vegan smoked salmon, seasonal items, and special discounts.

Headquartered in San Francisco, Current Foods, which counts Reddit co-founder Alexis Ohanian as an investor, was founded in 2019 with the goal of developing next-level fish alternatives without the ethical and environmental repercussions associated with traditional seafood. Kuleana Tuna, the company’s initial product, is manufactured from a unique blend of ingredients including algae, radish, bamboo, and potato, and has a nutritional profile similar to regular tuna, including iron, omega-3, and vitamin B12.

Kuleana Tuna is ready to eat and comes in two formats (poké cubes and fillets) in 8.8-ounce packets. It has a shelf life of seven days in the refrigerator and 12 months in the freezer. Current Foods’ new fish-free smoked salmon will be offered in 4-ounce, two-serving containers and will be created using the brand’s hero ingredients (algae, peas, potato, and bamboo). Traditional meals that call for sushi-grade tuna, such as carpaccio, sashimi, sushi, and ceviche, can employ the tuna and smoked salmon.

“This is seafood made from plants that you can eat every day and in every chapter of life—no mercury, no microplastics, no pregnancy restrictions, no planetary strain, and no compromises on taste, texture, or nutritional density,” stated Adrienne Han, Current Foods Vice President of Consumer Marketing.

Current Foods’ vegan tuna was formerly only offered at a few eateries, including Poké Bar, Blue Sushi Sake Grill, and Poké-Poké. Kuleana Tuna was exclusively available at Erewhon, a wellness store in the Los Angeles region, and GTFO It’s Vegan, an online retailer.

“Our restaurant and grocery partners continue to come up with delicious and inventive ways to prepare our plant-based seafood… In 2022, we’re making Current Foods even more accessible via [direct to consumer] and retail, so the catch of tomorrow can be enjoyed in the current … whenever and however, from the comfort of home,” Han stated.

Consumers may sign up for an early preview of Current Foods’ vegan seafood by clicking here.

Vegan Tuna Could Save The Ocean

TIME magazine named Current Foods one of the 100 Best Inventions of 2021 last year. It was picked for its sushi-grade vegan tuna because of its unique ingredient list, health-promoting properties, and ability to eliminate industrial tuna fishing.

“Tasty and nutritious plant-based alternatives for meat and chicken have been available for years. But seafood? Not so much… That’s the void that [Current Foods] is trying to fill with its 100-percent plant-based, sushi-grade, ready-to-eat tuna … [and it] retains the iron, vitamin B12, and omega-3 fatty acid of the real thing—without the microplastics, mercury, or high cholesterol. And the benefits are more than nutritional—it may also help to alleviate reliance on industrial fishing in the face of increasing demand for fresh food,” TIME wrote about Current Food’s innovative tuna.

Seafood is not sustainable, despite what the fishing industry claims. Many popular species have been overfished to the point of extinction. Mislabeling and a lack of supply chain traceability make it even more difficult for customers to be fully informed. According to a new study published in the scientific journal Science, 75% of China’s seafood imports are processed and reexported, thus erasing traceability.

“The recent practice of importing seafood, processing it, and then exporting it (‘reexporting’) at a large scale complicates tracing seafood from the water to the plate and enables mislabeling,” according to the paper. Reexports blur the line between local and imported seafood, and they’re also linked to illicit, unreported, and uncontrolled fishing, as well as other environmentally unsound activities.

Vegan seafood choices, on the other hand, are now being recognized as sustainable seafood. The World Sustainability Organization (WSO) and the Good Food Institute partnered in 2020 to launch the Friend of the Sea Gold Standard certification program, which will assist plant-based seafood companies in certifying their products according to the WSO’s Friend of the Earth agriculture standards’ sustainable certification criteria. This attempts to safeguard the environment by encouraging more environmentally friendly protein sources and increasing the popularity of plant-based seafood.

Source: “YOU CAN NOW GET SUSTAINABLE VEGAN TUNA AND SALMON DELIVERED TO YOUR DOOR” by VegNews