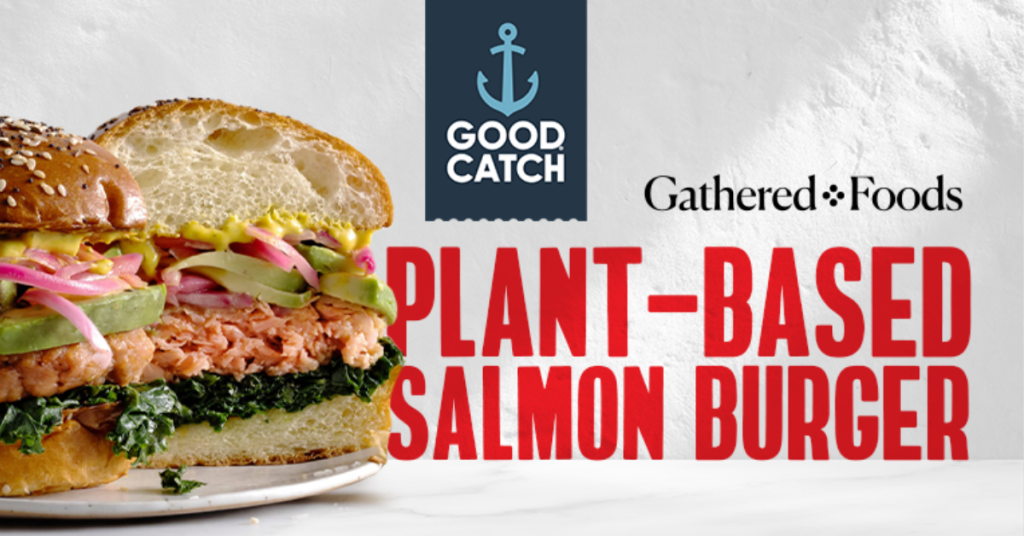 Good Catch, a vegan seafood company, just released the first-to-market Plant-Based Salmon Burgers created in the United States. The launch is part of Good Catch’s ongoing effort to safeguard the seas by offering customers with seafood alternatives. Salmon is the most popular fish in the country, according to the brand, with 30% of seafood customers purchasing it on a monthly basis.

Good Catch was founded by vegan chef brothers Derek and Chad Sarno with the goal of providing the flavor, texture, and eating experience of seafood without slaughtering animals or polluting the world’s seas. Good Catch’s culinary team concentrated on duplicating salmon’s delicate texture and mild-yet-rich flavor profile while designing the new salmon burgers, and added a touch of citrus to balance out the flavor profile. Each burger includes 16 grams of protein and is devoid of GMOs, mercury, and environmental hazards associated with eating sea creatures, thanks to the brand’s patented six-plant protein mix (peas, soy, chickpeas, faba beans, lentils, and navy beans). According to the manufacturer, once cooked, the vegan salmon burger has no unattractive “fishy” odor.

In a statement, Chad Sarno, Co-Founder and Chief Culinary Officer at Good Catch’s parent company Gathered Foods, said, “Culinary innovation is at the forefront of everything we create at Good Catch and this new salmon will be an absolute game-changer in the market that boasts incredible flavor and texture…  We are excited to see consumer response to our Plant-Based Salmon Burgers, which provides a convenient meal solution without the harm.”

Good Catch made headlines last year by expanding its product offerings into the retail and catering industries. The company teamed up with Whole Foods Market to sell its deli-style vegan tuna in prepared foods sections across the United States and Canada. In addition, the company announced its first wholesale relationship with BJ’s Wholesale Club, which will sell its Plant-Based New England Style Crab Cakes in bulk packs of 24 for $13.99, or $0.58 per crab cake.

Good Catch pranked Subway last summer, when the sandwich brand was engaged in a dispute over their tuna, which a lawsuit claimed did not include any genuine tuna. To demonstrate to clients that real fish-free tuna is truly healthier for the seas, the company handed out vegan tuna sandwiches from trucks with smart “OurWay” advertising. While Good Catch got into trouble with Subway (who issued a cease-and-desist letter), the vegan company was able to get a response from the sandwich chain, which promised that additional plant-based alternatives would be coming soon.

Source: “HOW GOOD CATCH’S NEW VEGAN SALMON BURGERS WILL HELP SAVE THE MOST-CONSUMED FISH IN THE US” by VegNews