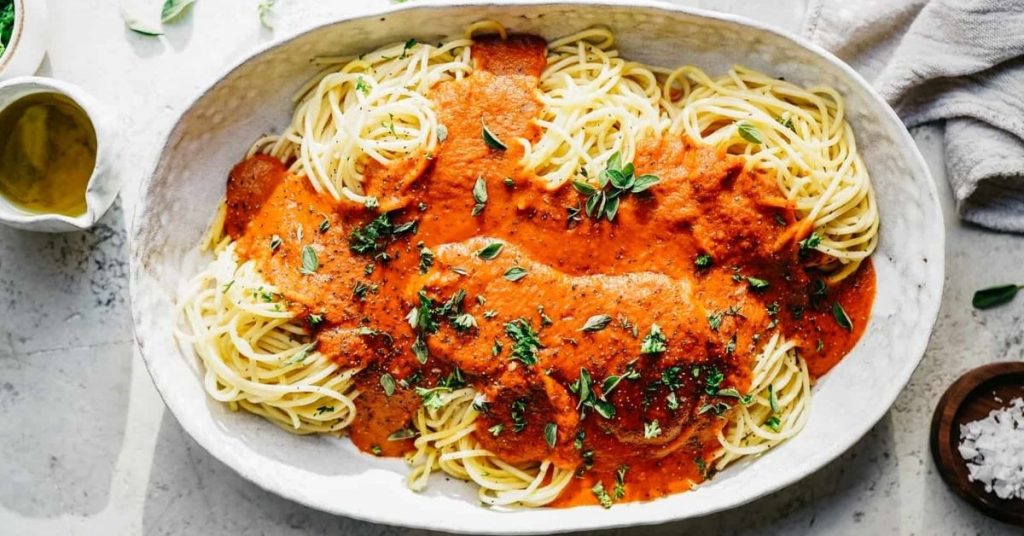 Sanjay Chandrasekaran, the Indian-American chef best known for The Sudra’s innovative Indian meets New Mexican vegan meals, is expanding his menu to include homemade vegan pasta and pizza. Since Portobello closed in 2016, the vegan pasta shop, Lilla, will open in Southeast Portland, changing the previous Aviv location into Portland’s first 100% vegan Italian restaurant. The new restaurant is one of many new Chandrasekaran locations set to open in the next three years, including a new café and another Sudra.

Chandrasekaran got the concept for Lilla from the vegan community in Portland. Lilla means “lilac” in Italian and is pronounced like the chef’s grandmother’s name, Leila. “In the Facebook groups, people are always talking about vegan Italian food,” he explains. “People are really missing that. They miss Portobello.” When Aviv, a Middle Eastern vegan restaurant, closed, Chandrasekaran, who is also an Aviv co-owner, had to choose between terminating the Aviv leases and doing something else with the locations. Aviv’s Pearl and Killingsworth sites became Sudra and Rabbits Cafe, but he required a strategy for the Madison location, which served as a commissary kitchen and takeout-only restaurant. Lilla will reopen as a quick casual, counter service restaurant similar to Sudra once the renovations are completed.

Chandrasekaran is still working on recipes (and waiting for a pasta extruder to arrive), but he says the feature of the menu will be handmade pastas paired with sauces such as hazelnut pesto and marinara. Meatballs, bruschetta, and soy chicken parmesan sandwiches and platters are among the Italian-style comfort dishes on the menu. A handful of 12-inch thin crust pizzas – margherita, pepperoni, and bianca — will also be available at the restaurant. Lilla’s vegan cheeses will be manufactured in-house, using either sunflower seeds or soy. Take-and-bake lasagna and other pasta meals will be available for takeaway, as well as beer and wine pairings.

But Lilla isn’t Chandrasekaran’s only new venture: close to the Sudra’s Mississippi branch, he and his wife Danielle Chandrasekaran will launch Daylily Coffee Shop. Daylily promised a pink-tiled counter and a sleek white La Marzocco espresso machine on Instagram in late 2021. Roseline coffee, smoothies, Just Egg English muffin breakfast sandwiches, and Shoofly bakery pastries will be available in the coffee shop. Customers may have their coffee beverages with oat, almond, soy, hemp, or coconut milk.

Chandrasekaran created the first Sudra in 2013, combining his Indian origins with his youth in New Mexico to produce meals such as black-eyed pea korma and red lentil tamarind stew, and it rapidly became one of Portland’s top vegan eateries. As the owner of Rabbits Cafe and co-owner of the now-closed Aviv, the chef and restaurateur has played a key part in developing Portland’s vegan scene, in addition to running four Sudra locations: Mississippi, 28th Avenue, Beaverton, and The Pearl.

Rabbits Cafe continues to operate out of both its downtown U.S. Bancorp Tower (also known as the Big Pink) and its newer Killingsworth location, which originally housed Tiny Aviv. In addition to the barbecue soy curl bowls, smoothies, and cornmeal waffles, Chandrasekaran plans to add bean and lentil-based plates to the Killingsworth menu for dinner service starting this spring, including black-eyed pea fritters and veggie burgers; the bar menu will also expand, with the addition of juice-based cocktails.

Lilla is expected to open in April at 960 SE Madison Street, depending on building progress. Daylily Coffee Shop, located at 912 N Fremont Street, will also open about that time.