160 Million Vegan Chicken Wings Will Be Eaten During Super Bowl 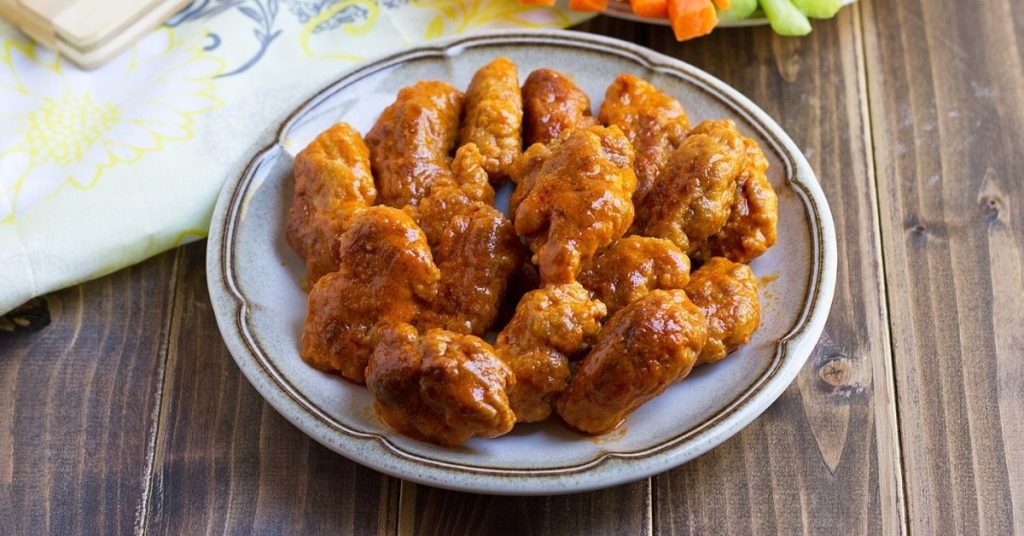 According to Compassion in World Farming, a farmed animal protection organization, more than 160 million vegan chicken wings will be consumed at Super Bowl LVI this year. More than 10 million Americans are expected to forego eating animal-based chicken wings in favor of vegan wings.

According to Compassion in World Farming’s figures, around 6% of the US population considers themselves vegetarian or vegan, and roughly a third (33.5%) of Americans have embraced a flexitarian or reduced-meat diet. According to statistics, the Super Bowl is watched by about 100 million Americans each year.

“Every year we’re told how many animal-based chicken wings will be eaten during the Super Bowl… But one of the fastest-growing food trends is the increasing popularity of healthy and humane plant-based versions of classic American foods, which taste identical to the animal variety. So, we decided to estimate how many football fans will be eating compassionately next Sunday.” stated Ben Williamson, US Executive Director of Compassion in World Farming.

Americans, on the other hand, gobbled approximately 1.4 billion animal-based wings during Super Bowl parties in 2021. Chickens reared for their wings and other body parts are confined in overcrowded facilities with little to no natural light and little chance to engage in natural activities such as wandering, perching, and dustbathing. Because their cages are drenched in urine and excrement, the birds frequently suffer from ammonia burns. Furthermore, whereas chickens may live for roughly six years in the wild, factory farm hens are butchered at just six weeks old in order to generate as much product as possible.

The COVID-19 pandemic, which has caused supply chain disruptions and breakouts at slaughterhouses where workers—who typically work in close proximity to one another while dismembering animals—have continued to become ill with the virus, is a key driver of higher meat costs. As a result of these disturbances, meat prices have been widely changing. Plant-based goods, on the other hand, have remained fairly steady in price.

To give football fans more alternatives, a number of firms have lately developed vegan chicken items in preparation for the Super Bowl. New vegan chicken wings from plant-based business LikeMeat are available at more than 3,600 Walmart locations throughout the country starting this week. The new Like Chick’n Wings come in a one-pound family pack with tossing and dipping vegan Buffalo sauce. In addition, Impossible Foods’ vegan chicken nuggets—the company’s first vegan chicken product, which debuted last year—are now available at Walmart alongside LikeMeat.

Vegan fried chicken produced in collaboration with Beyond Meat is now available at 4,000 KFC stores nationwide for football fans searching for an even more convenient choice. Beyond Fried Chicken is available as a six-piece or 12-piece a la carte item, or as part of KFC’s first plant-based combination meal, which includes vegan-friendly KFC Secret Recipe Fries and a medium beverage.