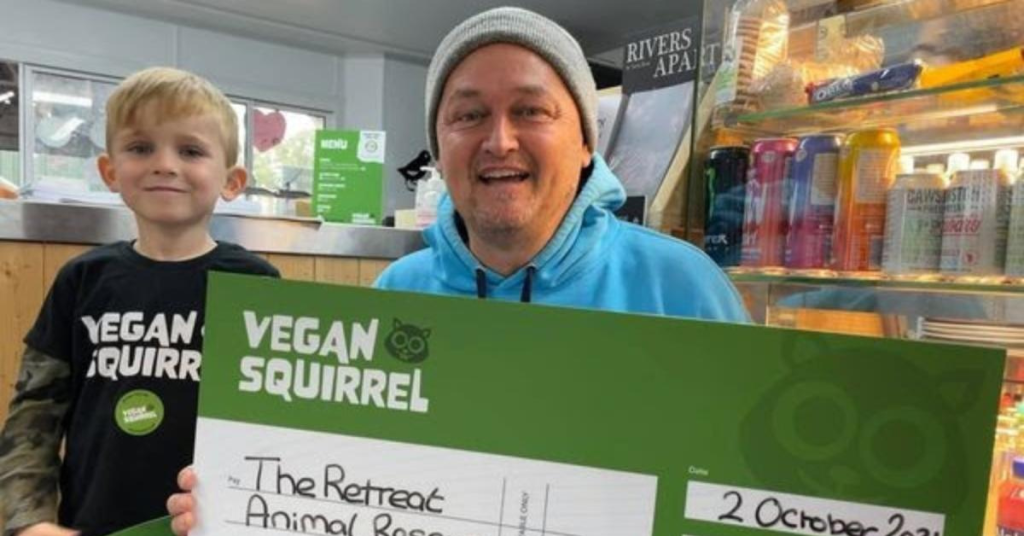 Veganuary is in full swing this year, and five-year-old Harry Bidewell is encouraging people to participate. Last year, when he was four years old, the little pupil took part in the 31-day challenge and has been vegan ever since.

Veganuary anticipates Bidewell to be one of the organization’s youngest participants ever, according to a news statement. And now, the youngster from the United Kingdom has established his own non-profit organization.

Bidewell sells his own products as well as fresh carrot juice (under the label Vegan Squirrel). He gives all of his earnings to numerous charities, including The Retreat Animal Rescue in Ashford.

Bidewell stated, “I want to get the money for the planet… To save the planet and animals.”

Bidewell has sparked a significant amount of change for someone whose age can be counted on one hand.

Bidewell was at the store trying for school sneakers when he inquired about if they included animal products. He asked the sales crew whether a vegan substitute could be ordered after finding that they did.

The independent shoe business, according to the press release, is the UK’s oldest, and this is the first time it has offered vegan shoes.

Bidewell has also spread the word about Veganuary at his school and, before, at his nursery, urging peers to participate.

“We are delighted that Harry had such a great time during Veganuary, and I am so proud that he has not only stayed vegan but become a vegan campaigner, too – perhaps one of the youngest in the country!”  said Toni Vernelli, worldwide head of communications at Veganuary.

“It just shows that veganism is for everyone, and it can change lives for the better whether that person is four or 94. Well done Harry, and huge congratulations on your first anniversary as a vegan!” Vernelli added.

What is Bidewell’s advice? “Have fun and be kind.”