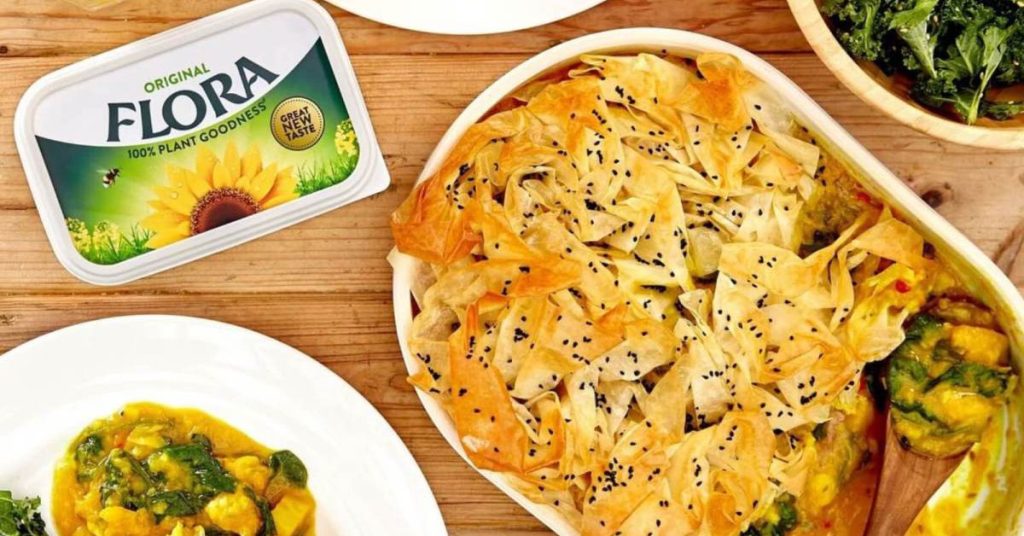 Upfield, a global spread company, has declared that by 2025, all of its brands would be entirely plant-based. Upfield owns over 15 brands, including Flora, ProActiv, Becel, Elmlea, Bertolli, and Violife, and operates in over 95 countries.

Upfield’s history dates back 150 years, to 1871, when the creator of margarine sold the patent to Upfield’s forefather, Jurgens.

Since then, the company has become increasingly interested in plant-based foods. Its popular Flora brand debuted a dairy-free spread in 2016. Three years later, it announced that the entire Flora line would be veganized.

Upfield, on the other hand, reintroduced dairy buttermilk into its Flora Buttery formula the following year, citing that customers preferred “the traditional taste profile.”

The decision drew criticism. Upfield’s ruling was overturned when 20,000 people signed a petition requesting to reconsider.

Upfield has now stated that all of its brands’ products will be made from plants, citing sustainability as a major issue.

The company’s first ESG report lays forth a strategy for achieving a “better plant-based future.” According to Upfield, plant-based margarines and spreads have a 70% lower ‘climate effect’ than dairy butter.

Furthermore, it claims that plant-based margarines use less than half the water and two-thirds the land utilized in the production of dairy butter.

In addition, by choosing Upfield’s plant-based spreads over dairy in 2020, consumers will have saved more than 6 million tonnes of CO2-equivalent.

“Plants are fundamental to our future, as the world pivots today toward a more sustainable, natural, healthy and equitable food system for tomorrow. People around the world are embracing plant-based foods for health, sustainability and ethical reasons,” the company wrote in its A Better Plant-Based Future Policy Position.

Upfield goes on to say that it has a ‘responsibility’ to promote the ‘transformation’ of the food system for the planet’s sake and future generations’ health.

“We do this because it’s not only what consumers and stakeholders expect of us, but because it is the right thing to do,” Upfield added.

Upfield intends to be carbon neutral by 2030, in addition to its plant-based commitments. Before the end of the decade, it has committed to half its waste and remove 95 percent of plastic from all of its packaging.

Upfield also hopes to create a network of five million plant-based chefs and improve the lives of 100,000 small farmers and plant-based enterprises.

Source: “Owner Of Flora To Make All 15 Of Its Brands Plant-Based To Help Save The Planet” by Plant Based News