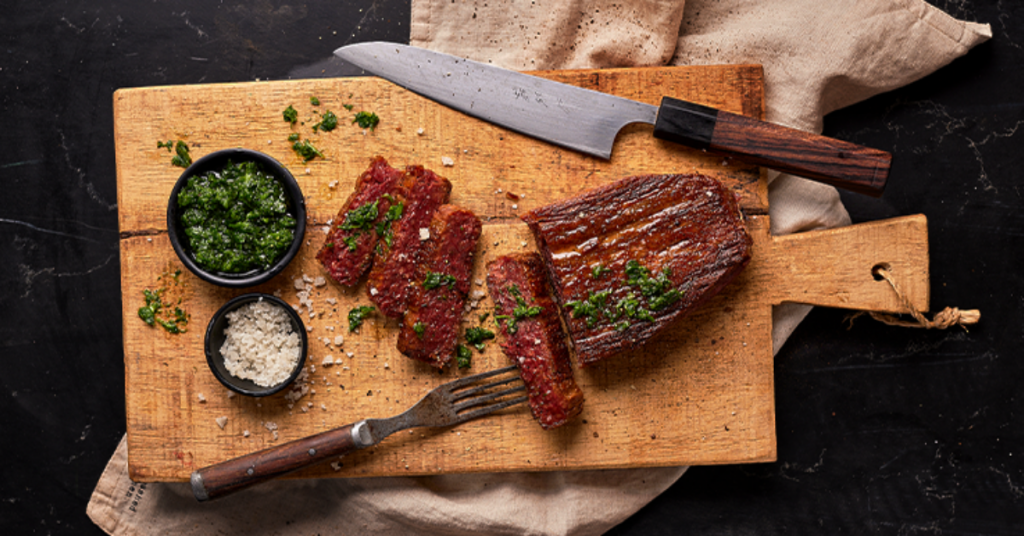 As interest in innovative plant-based technology grows, Redefine Meat is moving across Europe. This follows the company’s receipt of a whopping $135 million in investment. According to rumors, its 3D-printed vegan meat items will be available in thousands of eateries by the end of next year.

According to Reuters, Redefine Meat said last year that it has extended its operations in the United Kingdom and Europe.

It has recently stated that its $180 million investment would be anchored in a production unit in the Netherlands.

In addition, new agreements are at the works to expand the availability of vegan steaks in restaurants in Israel and across the world.

Israel’s Meat Is Being Redefined

The steaks are currently available at restaurants all around the world, including Marco Pierre- White’s. Additionally, the firm provides its products to the canteens of Facebook, Google, and Apple employees.

By the end of the year, whole slices of substitute meat will be accessible. That’s because they’re a “moneymaker” and “the reason we have meat,” according to CEO Eshchar Ben-Shitrit.

“We’re scaling up the capacity. Every batch that we make is five times larger than the previous batch. So we’re changing … the machines, the flow and we’re also changing the product attributes,” he added.

The investment announcement was first reported by Globes, which went on to say that it was one of the largest financing rounds ever witnessed by an alternative meat company in Israel.

The cash will apparently be utilized for global growth, according to the media company’s sources. Redefine Meat has also added new personnel at a rate of 320 percent in just one year since the financing round was completed.

Meat From A Printer

Redefine Meat is most known for their 3D-printed vegan steaks and burgers, which are made out of layers of soy, coconut, and barley-based materials.

The company says that each product allows “vegans and meat lovers to enjoy great meat-eating experiences without compromising on taste, health, and sustainability,”

The goal is to reach more customers across the world after launching in 150 eateries around Israel.

Production facilities in Israel, Europe, Asia, and the United States are also planned for the future.