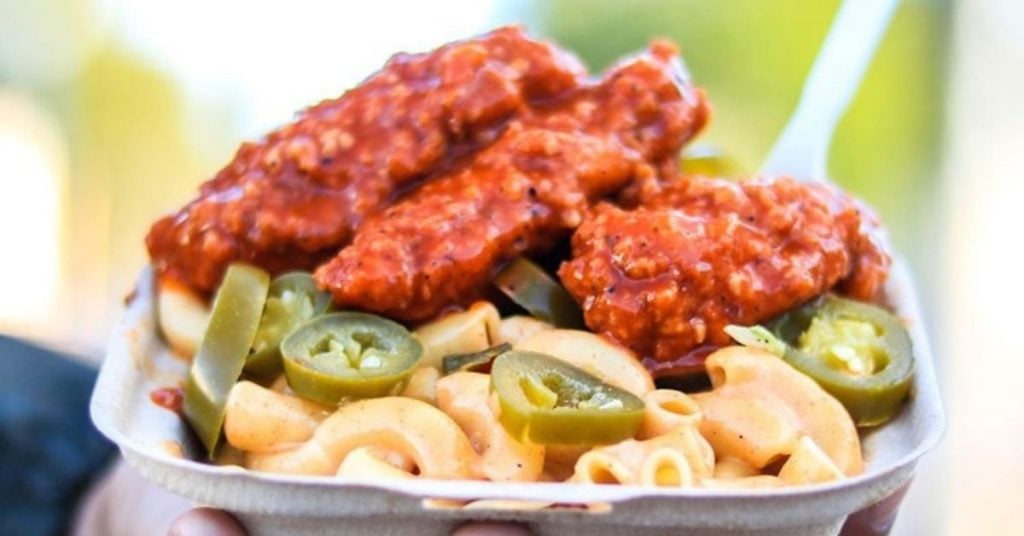 An innovative new vegan restaurant has debuted on Greenville Avenue in Dallas after more than a year in the making: Project Pollo, a burgeoning young franchise from San Antonio, hosted a soft opening on February 26-27 at its first Dallas site at 4814 Greenville Ave., IE the old Start.

The restaurant, which has been in the works for a long time, has been so overwhelmed by eager customers that it will close on Monday, February 28 and Tuesday, March 1 to recover its breath.

They also briefly reduced the menu on Sunday, the second day they were open, to make things more bearable.

The employees worked hard to keep up with the demand, but the sheer number resulted in 30-minute or longer lines, with automobiles circling the drive-thru lane.

“A huge THANK YOU to everyone that came out to our very first day in Dallas yesterday… Our team has been working hard to serve you all and the crowd definitely showed up!” the restaurant stated.

Project Pollo began in San Antonio in 2020 and has since expanded to include locales in Austin and Houston. After pushing his parents to embrace a plant-based diet for health reasons, founder Lucas Bradbury was motivated to establish the concept.

He’s on a mission to make plant-based cuisine more available to everyone, regardless of budget, and aims to launch a slew of new sites around Texas in 2022, including one in Corpus Christi, which will open in April.

He also emphasizes fair pay (workers are paid double the minimum wage plus benefits) and sustainability (all packaging is biodegradable), according to Fast Casual magazine “at the end of the day, we are 100 percent about saving the planet. Saving animals is a happy byproduct of that.”

The company takes a flexible approach to location selection, frequently reusing structures that other operators neglect. That was the situation in Dallas, where they were planning to open in a strange little structure at 6857 Greenville Ave. However, because to Dallas’ backlogged permission procedure, their development on that space was hampered.

The new site at 4814 Greenville Ave. is a significantly larger area with plenty of parking and a drive-thru, as well as their characteristic red-and-white color design.

Project Pollo arouses enthusiasm because their cuisine is a convincing and reasonably priced counterfeit of traditional fast food, with the full, strong tastes you’d expect from a normal fried chicken sandwich or burger.

The Spicy Project, breaded fried chicken with spicy garlic Buffalo sauce and ranch, garnished with a pickled jalapeno, is one of their signature fried “chicken-less” sandwiches. They use a special combination of textured soy and vegetable protein to manufacture their own vegan chicken.

The Backyard Burger, with bacon and cheddar cheese; a patty melt, on toasted sourdough bread; and the “Mushroom Impossible,” a sumptuous burger with caramelized onion, beer-marinated mushrooms, and smoked Provolone cheese, were added in summer 2021.

Although a major percentage of their customers consume meat, everything is plant-based, including their mac & cheese, which is prepared with vegan cashew-based cheese.

People are obsessed about their creamy milkshakes. In the following flavors, Oatly soft-serve topped with Reddi-Wip almond-milk whipped cream:

“Y’all. Thanks to Project Pollo, there is a fully vegan drive-thru in Dallas! I mean, a vegan burger, tots, and a milkshake from a drive-they?! Not only is their food delicious, they are a great friend to the surrounding communities they serve. We already have an amazing lineup of vegan and vegan-friendly restaurants here, but this definitely a great addition to the area! Soft opening this weekend, with a grand opening soon thereafter. Welcome to Dallas!” stated the Dallas Vegan Roundup.

They’ll be a Dallas Chamber Ribbon Cutting Ceremony on Thursday, March 3, and grand opening festivities will take place over the weekend. From Thursday through Sunday, the hours will be 12-8 p.m.