Plant-Based Meat Soon To Be Cheaper Than Animal Meat 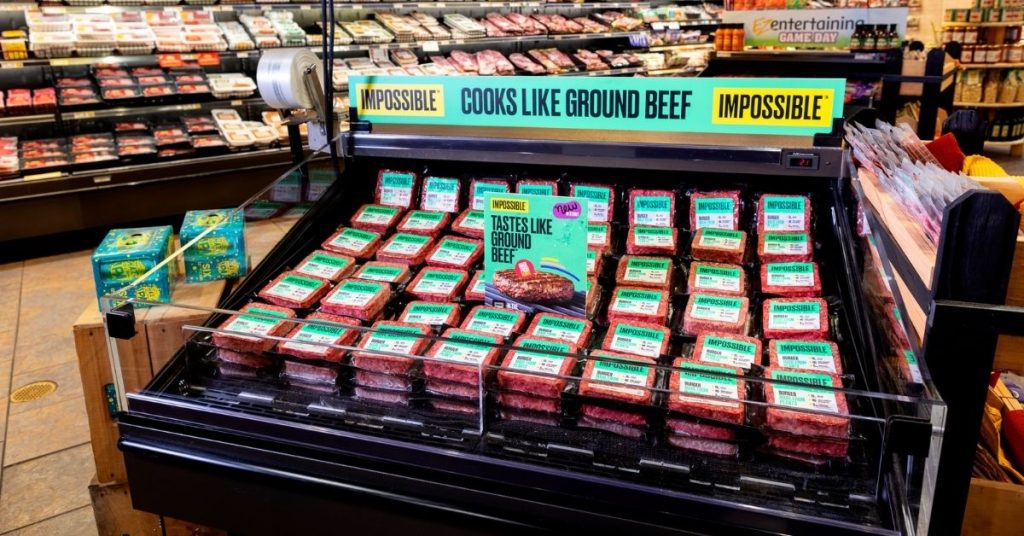 According to new data from the charity Good Food Institute (GFI), the cost of plant-based meat is expected to equal that of regular animal meat by 2023. Consumers are more inclined to try a novel plant-based choice if it is not substantially more expensive than its animal-based counterpart, therefore price parity is critical for widespread acceptance.

Plant-based meals face a number of challenges on their way to price parity. Because it has been slaughtering animals for food on a huge scale for decades with the support of government subsidies, the animal agriculture business has been able to keep costs low. The plant-based industry, on the other hand, is younger and has yet to reach the same economies of scale.

The key to customer acceptance, according to a 2021 analysis by investment firm Blue Horizon and management consultancy BCG, is price parity. Alternative proteins, according to the research, must taste and feel as good as the conventional meals they replace while also costing the same or less. Price parity will occur in three stages, according to their research.

First, in 2023, plant-based burgers, dairy, and egg alternatives derived from soy, peas, and other plant-based proteins will attain price parity. Alternative proteins produced by microorganisms such as fungus, yeasts, and single-celled algae will achieve parity by 2025. Finally, by 2032, proteins generated directly from animal cells (sometimes known as “cell-based meat” or “cultured meat”) will be priced at parity.

According to GFI’s study, cultured meat might become cost competitive with some conventional animal products as early as 2030, when the manufacturing cost of cultivated meat is expected to be $2.92 per pound.

“None of this can happen unless consumers are happy with the taste of plant-based meat products. It doesn’t help to scale up something consumers won’t purchase… So above all, companies have to make plant-based products that come ever closer to tasting the same as or better than conventional meat. Scaling a plant-based product that tastes just like conventional meat—or better—to the point that it also reaches price parity is a golden formula,” Ignaszewski stated.

Price of Animal Meat on the Rise

According to GFI, price parity development for plant-based meat is influenced not just by production costs, but also by market forces that enhance the cost of traditional animal meat products. Recent changes in animal agriculture, such as rising input prices, labor concerns at meatpackers, and supply chain disruptions, have all had an impact on the price of animal meat. When compared to the same week in 2020, conventional meat categories such as beef, chicken, and pork witnessed double-digit price hikes in autumn 2021. Plant-based meat prices declined or remained unchanged from the previous year.

Additional supply chain disruptions occurred when the COVID-19 pandemic broke out, with slaughterhouses and meat-processing companies across the nation being forced to close due to COVID-19 breakouts among workers, causing meat supply chain delays.

Workers at slaughterhouses are more likely to become infected due to shoulder-to-shoulder working conditions.

“Interruptions like this and the resultant price hikes of conventional categories go hand-in-hand with the production inefficiencies of the conventional meat supply chain,” GFI reported

Last year, plant-based business Impossible Foods announced its second price cut in a year for their plant-based ground beef, dropping the suggested retail price by 20% to $9.32 per pound. Beyond Meat, a rival, has said that it intends to undercut animal protein prices in at least one area by the end of 2024.

Source: “PLANT-BASED MEAT WILL BE CHEAPER THAN ANIMAL MEAT SOONER THAN YOU THINK” by VegNews