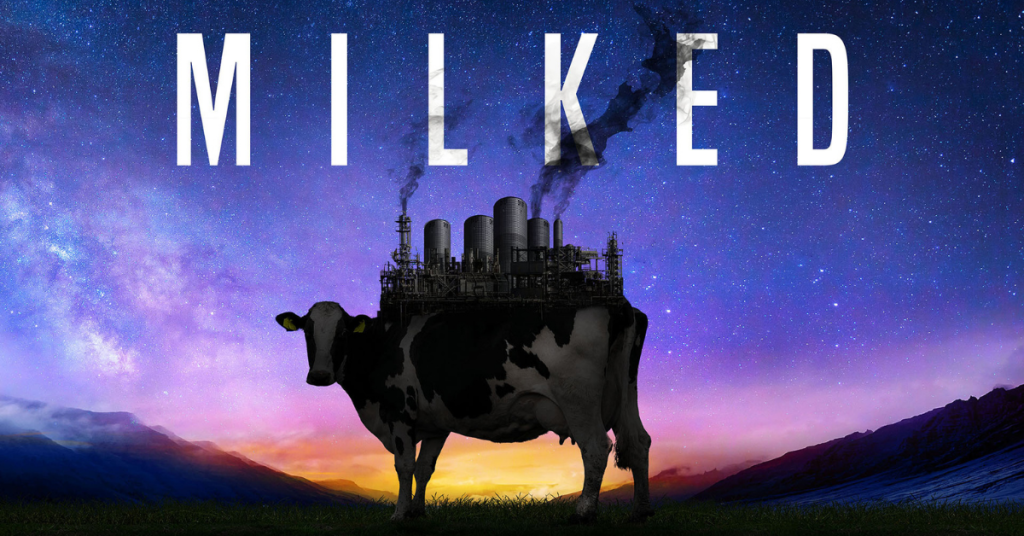 MILKED, a feature-length documentary about the dairy industry’s environmental and animal welfare consequences, has surpassed its $NZD100,000 crowdfunding target. And that only took 12 days.

As a result, the film’s creators have boosted their fundraising target by $20,000 to help spread the message even farther. Furthermore, an unnamed donor has agreed to match payments up to $100,000. As a result, every dollar given thus far will be matched dollar for dollar.

MILKED is a documentary that examines the dairy sector in Aotearoa (the Maori term for New Zealand). The country is the world’s largest exporter of dairy products.

Interviews with famous ethologist Dame Jane Goodall and Cowspiracy co-director Keegan Kuhn are included in the film. Suzy Amis Cameron, an environmentalist and actor, also appears in the film.

James Cameron, Cameron’s spouse and Academy Award-winning director, has also lent his support to the idea. The film is a “powerful wake-up call that the world is getting MILKED,” Cameron stated.

The film follows activist Chris Huriwai as he travels around the country in search of additional information about the sector. Huriwai meets with dairy farmers as well as professionals in medical, economics, environment, and politics on the spot.

“We originally planned to investigate the environmental and health impacts of all animal agriculture in Aotearoa. But once we got further into researching, it was obvious that dairy was the story to tell… And with dairy giant Fonterra inviting Chris to meet with them and then backing out, we became even more curious about what was going on,” MILKED director and producer Amy Taylor stated.

MILKED‘s funding will be used to complete final edits, pay contractors and producers, and retain legal counsel. It will also help pay promotion, such as the recently constructed billboards congratulating the dairy sector on being Aotearoa’s greatest polluter.

The funds raised through crowdsourcing will also be used to construct an instructional version of the film. This copy will be sent to a variety of schools and colleges.

Additionally, the funds will be used to develop impact campaigns, such as those that support farmers transitioning out of the dairy industry. In addition, she is pressing the government to eliminate dairy from schools and nutritional recommendations in favor of a plant-based diet.

The $20,000 stretch goal will be utilized to create new material from the more than 100 hours of MILKED interviews. It will also be used to make a short film about a dairy farmer who is transitioning away from animal agriculture.

“We’re so grateful for the incredible support we’ve already received from around the world having only just launched our crowdfunding campaign… It shows how many people are passionate about exposing the truth about the dairy industry, and looking at a better way forward,” said Taylor.

The film will be available for free on Plant Based News starting March 26 on WaterBear, the first free streaming network “dedicated to the future of our planet.”

Those who want to contribute to the crowdfunding effort can do so by clicking here. Click here to go to MILKED‘s website.