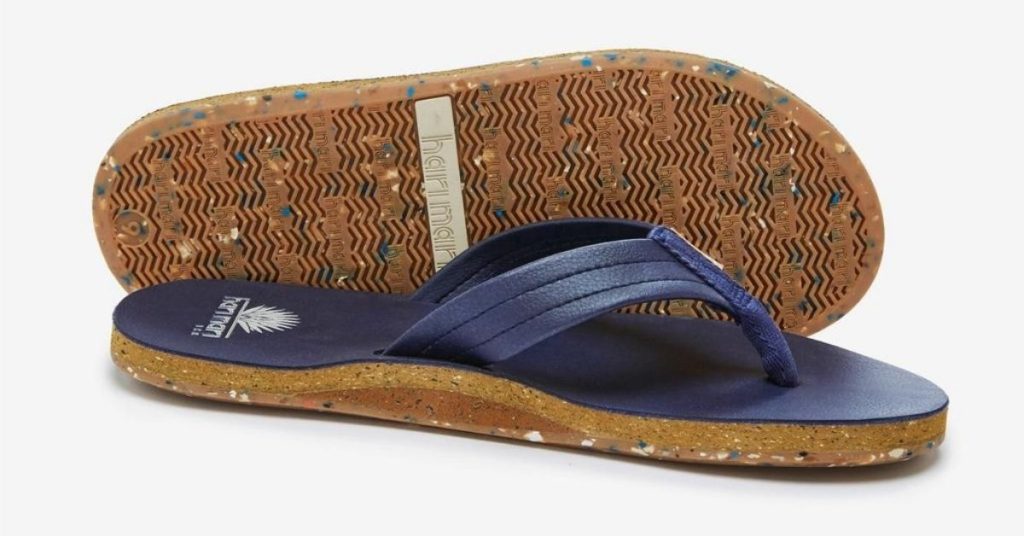 Hari Mari, a Dallas-based flip-flop company, is introducing an environmentally friendly technology as part of its spring ’22 line. Its new Sonoros model, which is available in both men’s and women’s sizes, features a vegan leather upper produced from cactus fibers.

“The cool thing about this material — as it pertains to flip-flops — is obviously a cactus can withstand heat… It can withstand water and all the things that you’d want in a flip-flop.” stated Lila Stewart, Hari Mari co-founder.

The leather substitute is created from the Nopal cactus (also known as prickly pear), and the fibers are extracted solely from mature leaves without harming the plant itself, according to the manufacturer. That means you may harvest the same plant every six to eight months.

A recyclable rubber outsole and recycled EVA midsole cushioning are are included in the Sonoros. On Harimari.com, the flip-flop is now available in two colorways and costs $75.

Hari Mari contacted the business that produced the cactus fiber material through its factory in Leon, according to Stewart. (After previous President Trump imposed greater duties on Chinese imports, Hari Mari transferred its production to Mexico and Brazil a few years ago.)

As part of its new HM Eco category, the business plans to use the eco-friendly leather substitute for additional goods. “When we started our company 10 years, this kind of stuff didn’t exist… So it’s fun to think what could continue to change in this category. And we want to continue to push the envelope and offer products that are sustainable,” Stewart added.

This year commemorates the tenth anniversary of the founding of Hari Mari, which Stewart co-founded with her husband Jeremy. The duo set out to design a collection of attractive flip-flops with comfortable constructions while simultaneously giving back to children’s cancer charities through philanthropy.

On both fronts, they’ve made significant progress.

Stewart said Hari Mari’s company shot up during the pandemic, powered at initially by huge increases in its internet business, after witnessing consistent growth for several years and expanding into closed-toe shoes. However, she pointed out that retailers have been flocking to the brand, including new partners Urban Outfitters, Evereve, and Orvis, as well as a slew of smaller specialized shops.

In May 2021, the company made its first push into physical retail, opening its own flagship shop in its hometown. The two-story facility is at 3213 Knox St., in the center of Dallas’ resurgent Knox District. It includes not just shop space but also a bar that provides complimentary ranch waters, Bloody Marys, and a local craft beer, as well as a place for parties, yoga classes, and corporate gifting events on the second floor.

More stores might open in areas like Charleston or Nashville, according to Stewart, but the rollout would be gradual. “We don’t have any plans to establish hundreds or even dozens of stores,” she stated.

Hari Mari appointed Jake Szczepanski as president in January 2021 to assist oversee the company’s rapid expansion. Szczepansk joined the company after 13 years as the co-founder and CEO of the fashion label Billy Reid. Szczepanski’s responsibilities include assisting with the company’s retail strategy, as well as scaling and managing the company’s internal operations and supply chain. He’s also overseeing the growth of Hari Mari’s clothes line, which debuted last year.

Last year, the mission-driven company reached a significant milestone in its philanthropic efforts. Cook Children’s Medical Facility in Fort Worth, Texas, renamed its infusion center after Hari Mari in May 2021, in honor of the footwear brand’s gifts to assist augment medical treatment expenditures for the hospital’s pediatric cancer and hematology patients.