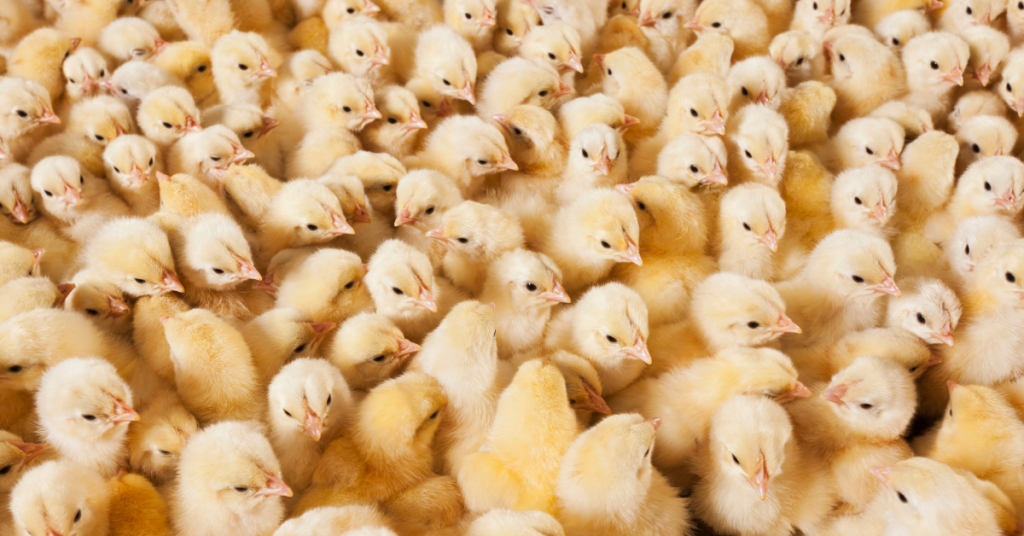 Germany has taken a step toward outlawing the wholesale slaughter of male chicks. As part of the Animal Welfare Act, the country’s Cabinet has adopted a bill forbidding the contentious practice.

It comes a year after officials presented a draft proposal.

The Culling of Chicks

The action was applauded by Humane Society International/Germany.

It “marks a huge and welcome step in the right direction to avoid such senseless killing,” stated the animal advocacy organization.

“The culling of chicks in the egg industry has for too long been a very ugly, largely hidden practice where these living, feeling baby birds are discarded like trash into massive grinders on the first day of their lives,” a spokesperson added.

“It’s a huge moral issue not simply in terms of the suffering of these chicks, but also because it highlights animal agriculture’s many inefficiencies…The making of this new law is a great example of how we can reduce animal suffering by changing a common agriculture practice…. Another great way we can do this is by choosing to eat more plant-based foods, and reducing or replacing eggs in our diet.”

Agriculture minister Julia Klöckner called the action “a significant step forward for animal welfare,” according to The Guardian.

“We have invested millions of euros in alternatives, bringing animal welfare and economic efficiency together on German soil, Klöckner added.

Millions of male chicks are slaughtered shortly after they are hatched all over the world. Because they can’t produce eggs or grow meat as quickly as female chickens, they’re considered less economically viable.

It is estimated that 45 million male chicks are killed annually in Germany alone. However, new technology that can now establish a woman’s sex intends to put an end to the practice.

Sex identification begins on the first day of the chick’s life in the worldwide egg business. Then, when the male chicks are just a few days old, they are separated and culled.

However, under Germany’s new rule, sex identification of embryos will be authorized only up until day six. This will take effect in 2024. After studies revealed that hens are aware after their sixth day in the egg, certain restrictions were introduced.

However, there is no technology available to identify the sex before day nine. However, HSI/Germany acknowledged that money is currently in place to accomplish early determination.

A German company has discovered a method for extracting fluids from a fertilized egg by creating a small hole with a laser.

The chicken’s sex may then be determined by testing the hormones before it is hatched. The chicks are oblivious of the procedure, according to the Federal Ministry of Food and Agriculture.

Germany isn’t the only nation that has abandoned the practice of culling male chicks. France, too, put a ban on the practice two years ago. Similarly, the shredding of live chicks is prohibited in Switzerland.

“It’s time to end the shredding of chicks,” Agriculture Minister Didier Guillaume said while announcing the regulations, which also included a ban on non-anesthetic castration of piglets.

“France and Germany should be the European motor to advance on this issue. Nothing will be like it was before.”

How To Stop This Practice?

The Vegan Society claims that boycotting animal products is the only way to save chicks from suffering.

“Gassing and shredding someone to death both sound like the most horrendous ways to die… And, by buying and consuming eggs, customers are directly contributing to this awful practice,” spokesperson Dominika Piasecka said.

“It happens across the egg industry, regardless of the eggs being marketed as cage-free, organic or so-called ‘humane’. Veganism rejects the notion of animals being seen as commodities and animal products being seen as food… As vegan advocates, we need to change the way people think about eating animal products and we can only do this by rejecting all animal products, from any source, in any form.”

Source: “Germany Has Officially Banned The Culling Of Male Chicks” by Plant Based News